Would you rent this Bed-Stuy four bedroom—even though it only has one bath—for $4,350?

There are spacious rooms, exposed brick, and beautiful hardwood floors, but is it worth it?

Bedford-Stuyvesant, which was on the top of our latest list of the 10 best NYC neighborhoods for college grads for the second year in a row, is rapidly changing, as developers renovate the neighborhood’s iconic brownstones.

It is a magnet for young renters, who come for the area’s relatively inexpensive apartments, and find a festive neighborhood with block parties and street fairs. (Director Spike Lee’s eighth annual “Brooklyn Loves Michael Jackson” block party will be held August 25 from 12 to 7 p.m. on Stuyvesant Avenue between Lexington Avenue and Quincy Street.)

But while commuting transportation to Bed-Stuy is difficult, there is some relief in sight. There are improvements planned for the A and C train, and longer trains and more frequent service planned for the G. And for those who don’t want to wait for the train: Citi Bike usage has been increasing with the addition of new stations and bikes in the area.

Against that backdrop, consider 68 Halsey Street #4F, a four-bedroom, one-bath apartment on a tree-lined street, landmarked block. It is asking $4,350 with no broker's fee and appears renovated and roomy, with lots of closet space, and a kitchen with a granite counter top and dishwasher. According to the listing, there’s central air (which is rare for a rental).

The building is three blocks from the A and C trains at Nostrand Avenue, and around the corner from shopping on Fulton Street. Guarantors and pets are allowed.

As always when weighing New York City apartment listings, we turn to our Take It Or Leave It experts: Constantine Valhouli, founder of real estate research and analytics firm NeighborhoodX, freelance writer Lambeth Hochwald, and myself.

But first, here are more pictures of the place: 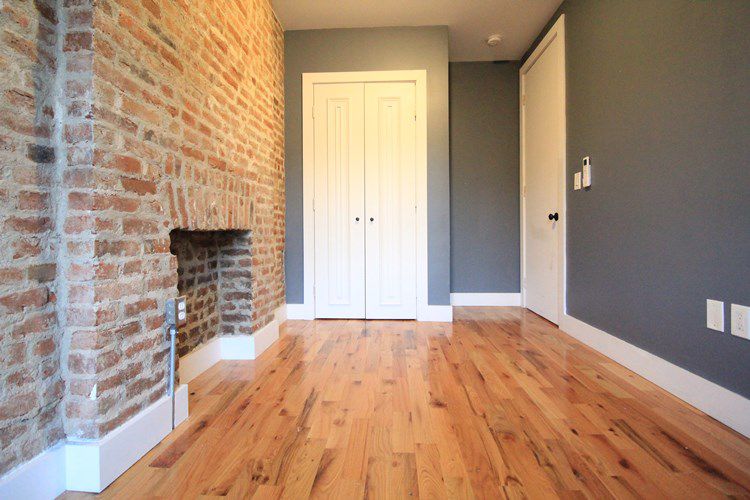 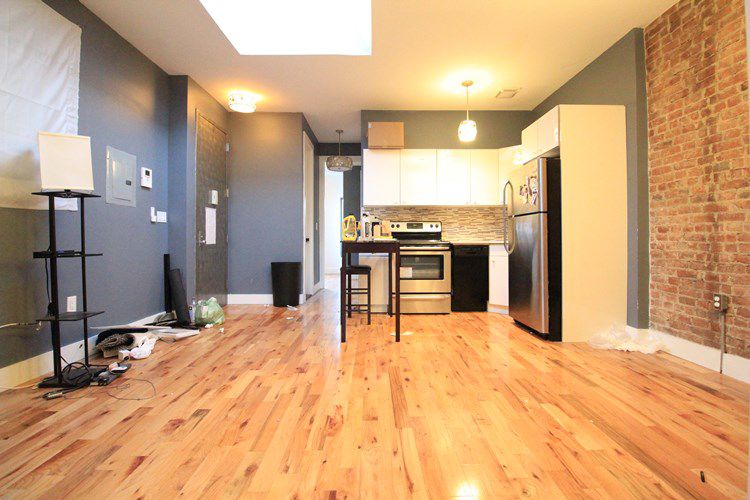 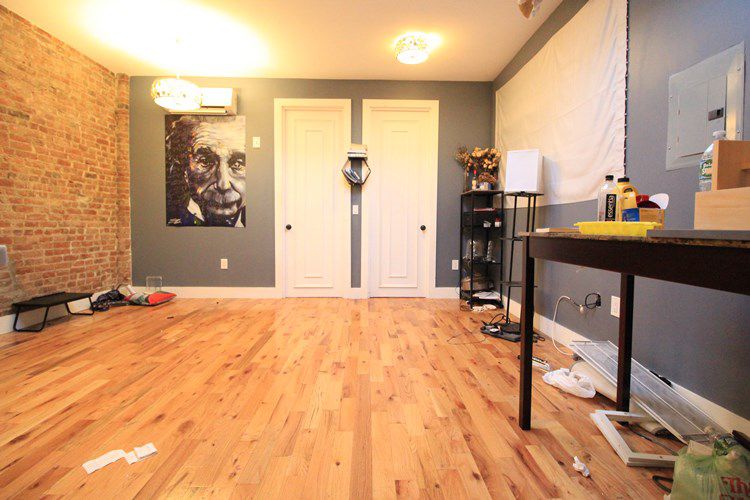 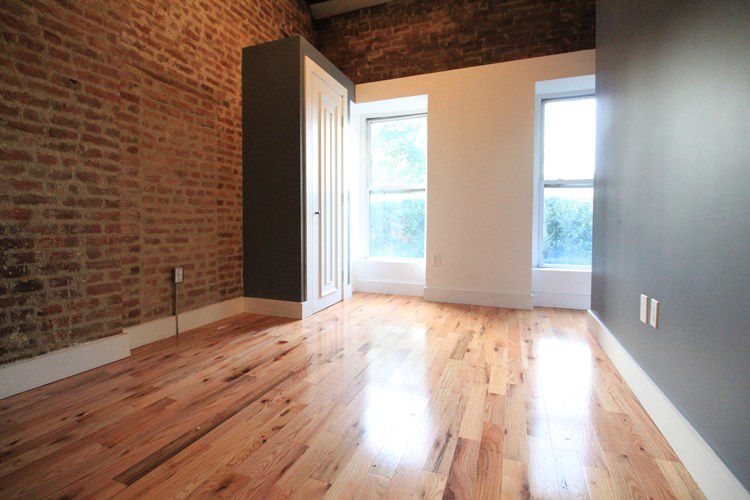 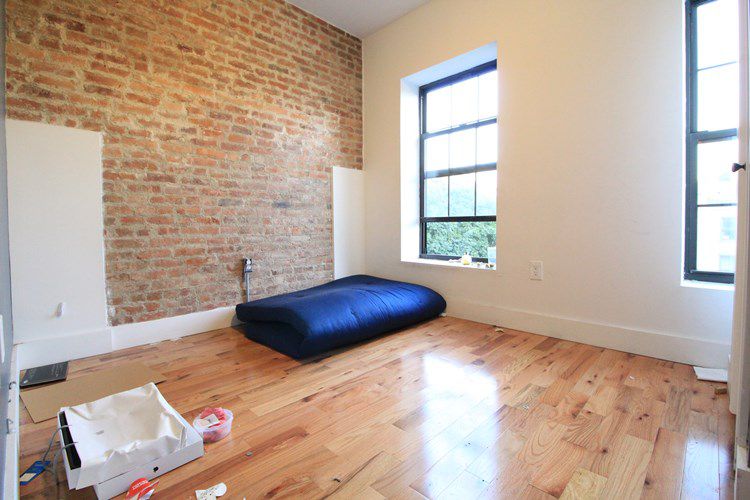 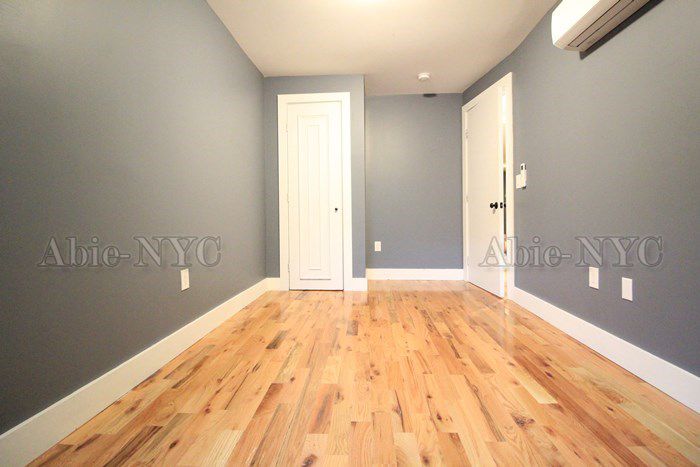 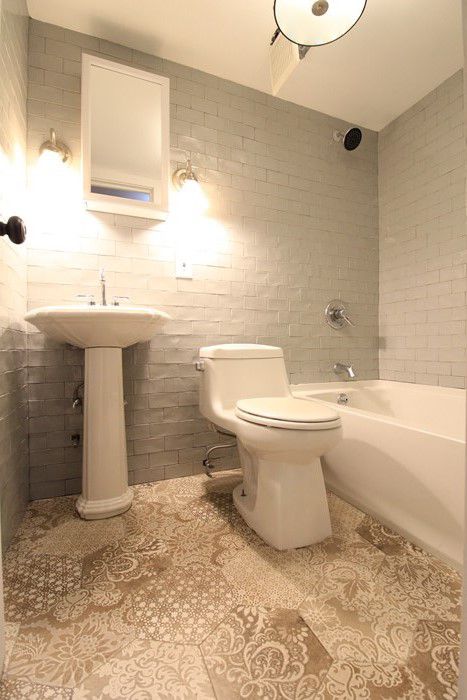 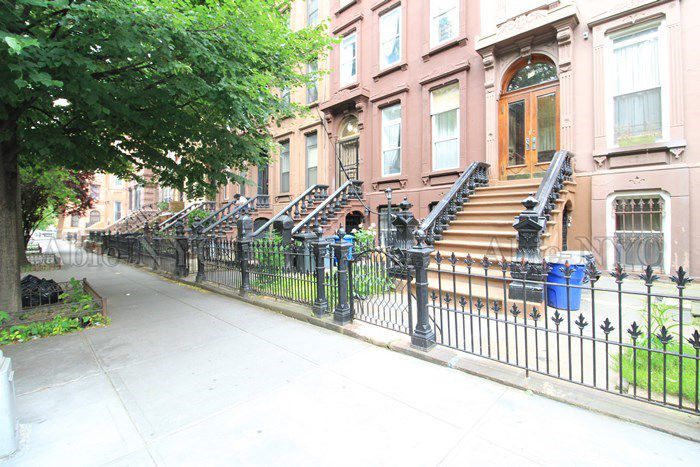 “I'm a sucker for exposed brick and this Bed-Stuy four-bed is lined with it. The kitchen and solo bathroom are also nicely renovated but that's also the rub—the kitchen appears to be part of the living room and there's only one bathroom, which isn't going to work well for four singles attempting to get ready for work at the same time.” —Lambeth Hochwald

“On one hand: Emerging neighborhood, and a chance to live in New York City in a beautifully renovated apartment for under $1,100 a month each in rent. On the other hand: The owner thought to himself, 'Millennials are just ... different. They're into this gig economy thing. They're bringing back the color pink. They dig avocados. And ... they don't go to the bathroom.' Because clearly, some variation of this line of thinking occurred since there are four bedrooms and one bathroom.” —Constantine Valhouli

“The block looks charming, but isn't there an empty lot next door? Still, this is a classic, gorgeous brownstone and the apartment looks incredibly spacious. What’s not to love? Well, the bathroom situation. That’s hard to wrap one’s head around.” —Jennifer White Karp

“A work-from home couple either with a baby on the way or the desire to finally have enough room for one home office per person. There are a lot of bedrooms in this place.” —Hochwald

“Roommates who work a variety of shifts so there’s less demand for the bathroom at the same time.” —White Karp

LEAVE IT. “Don't forget you're walking up lots of flights to get here.” —Hochwald

TAKE IT. “Because it's NYC under $1,100 a month, and that's worth all kinds of compromises. Get medieval and bring a chamber pot, and empty it out the window like in Chaucer's stories.” —Valhouli

TAKE IT. “It will build character.” —White Karp

Would you rent this co-living microsuite in Long Island City for $5,481?

Would you rent this co-living microsuite in Long Island City for $5,481?

Would you rent this luxury studio in Hudson Yards for about $4,000?

Bedford-Stuyvesant Brooklyn rent rentals roommates Take It Or Leave It
Brick Underground articles occasionally include the expertise of, or information about, advertising partners when relevant to the story. We will never promote an advertiser's product without making the relationship clear to our readers.
Share:

How to move to NYC: A crash course guide to finding an apartment

How can I protect myself if I need to break my lease?

How to tell if a co-living company is legit or sketchy: Lessons from Bedly's meltdown

Can a co-op board ask for my credit card statement?