A Sunset Park three bedroom comes with furniture, if you want

This three-bedroom, one-and-a-half-bath rental at 4401 Fourth Ave. in Sunset Park near Industry City is in a co-op, so you would likely be renting from the owner of apartment #B3, and potentially living with their furniture, if you want. It is listed for $2,975 a month.

The listing notes it is available furnished or delivered vacant. So if you and your roommates like the muted colors of the living room rug, the blue velvet couch and other pieces, they’re yours—at least temporarily. 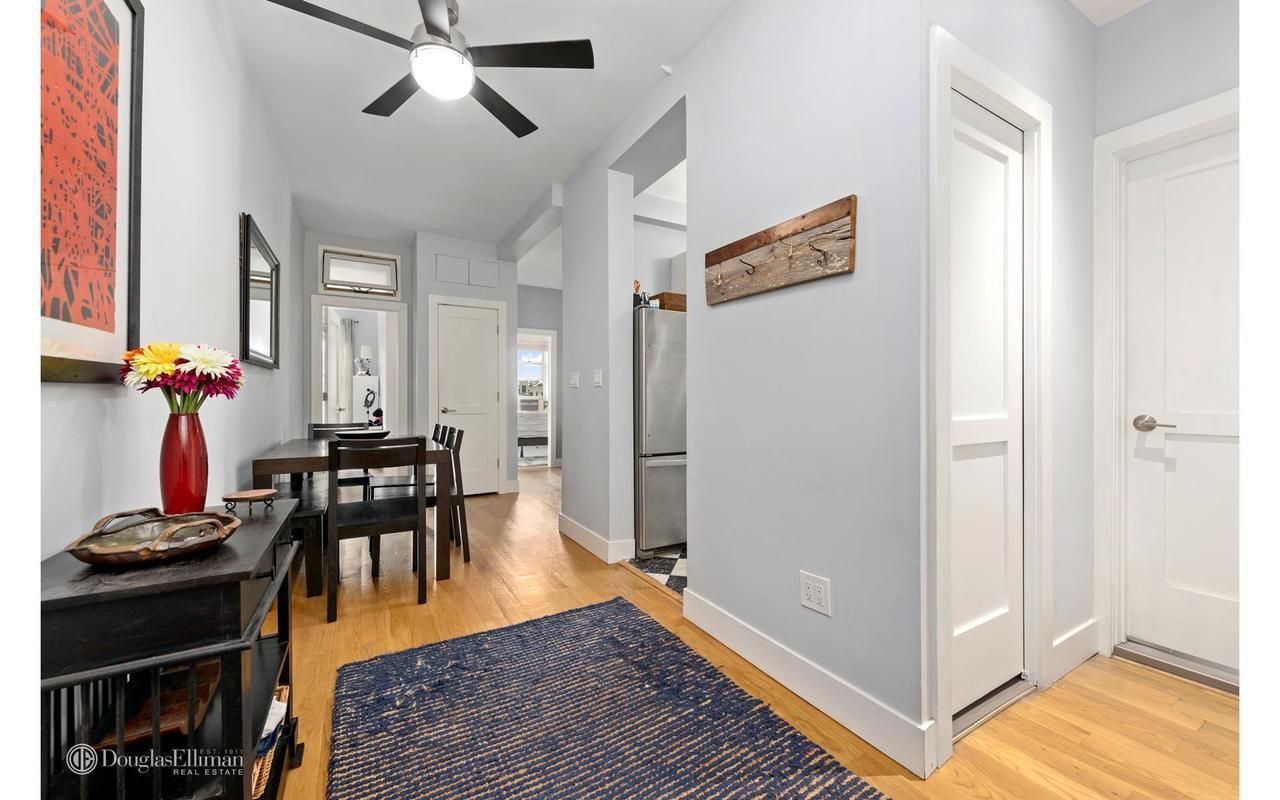 A dining area in the hallway didn’t seem possible from the floor plan, but the current occupant seems to make it work. 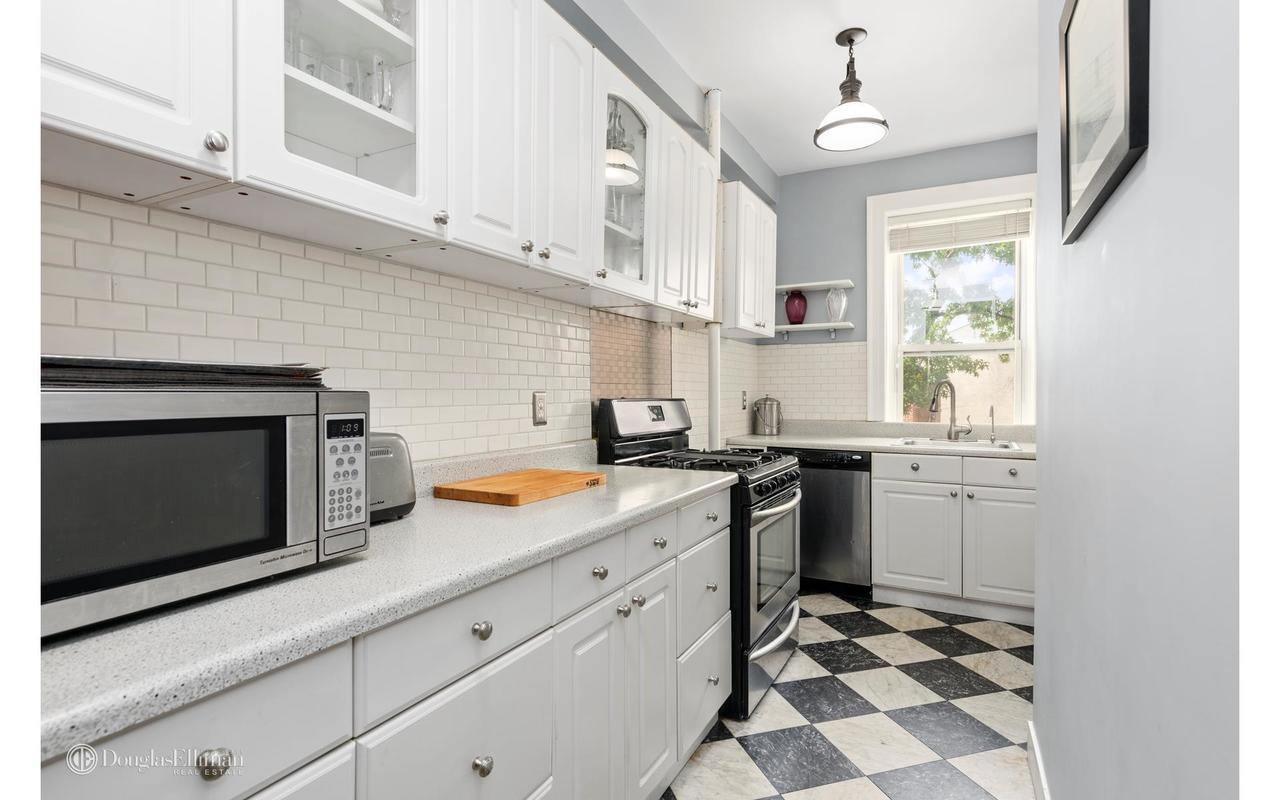 The kitchen has been upgraded with a dishwasher and “relatively new” appliances. White subway tile and a checkerboard floor are classic New York touches, and a window over the sink is a nice bonus. 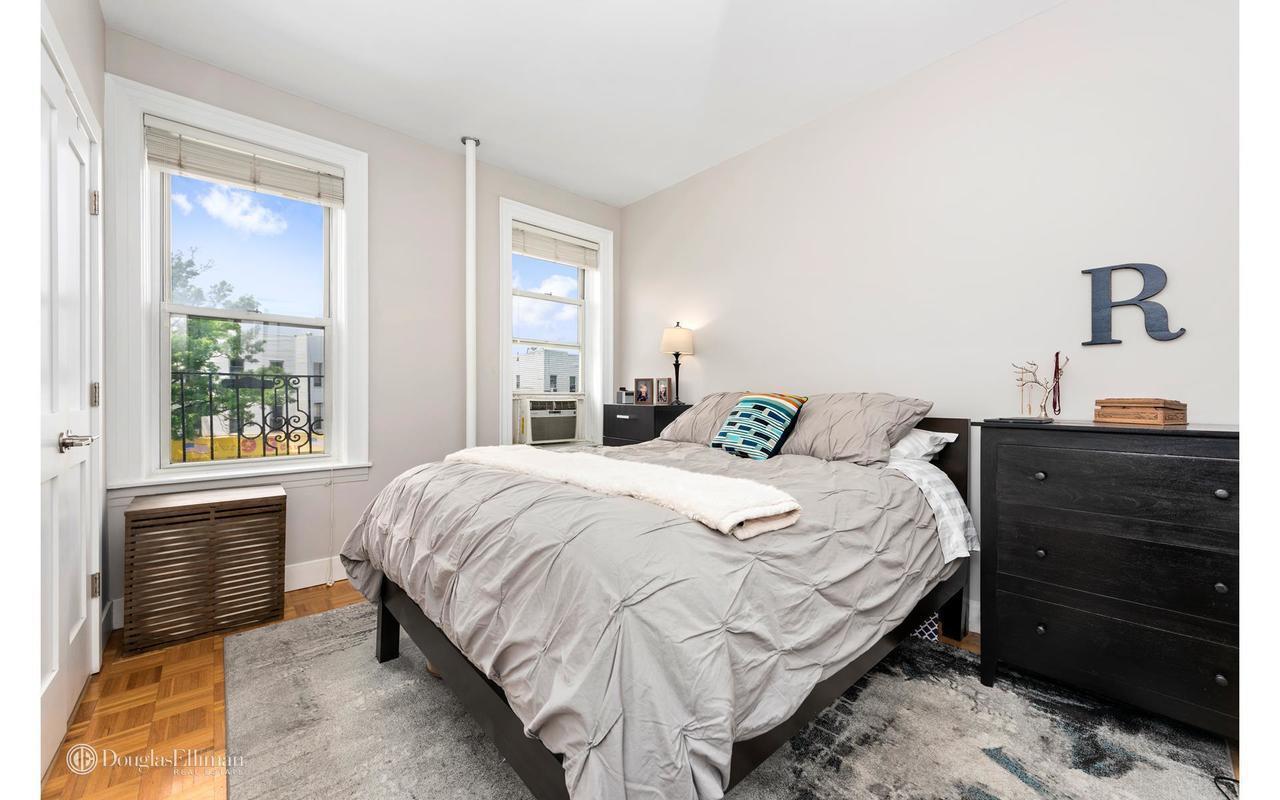 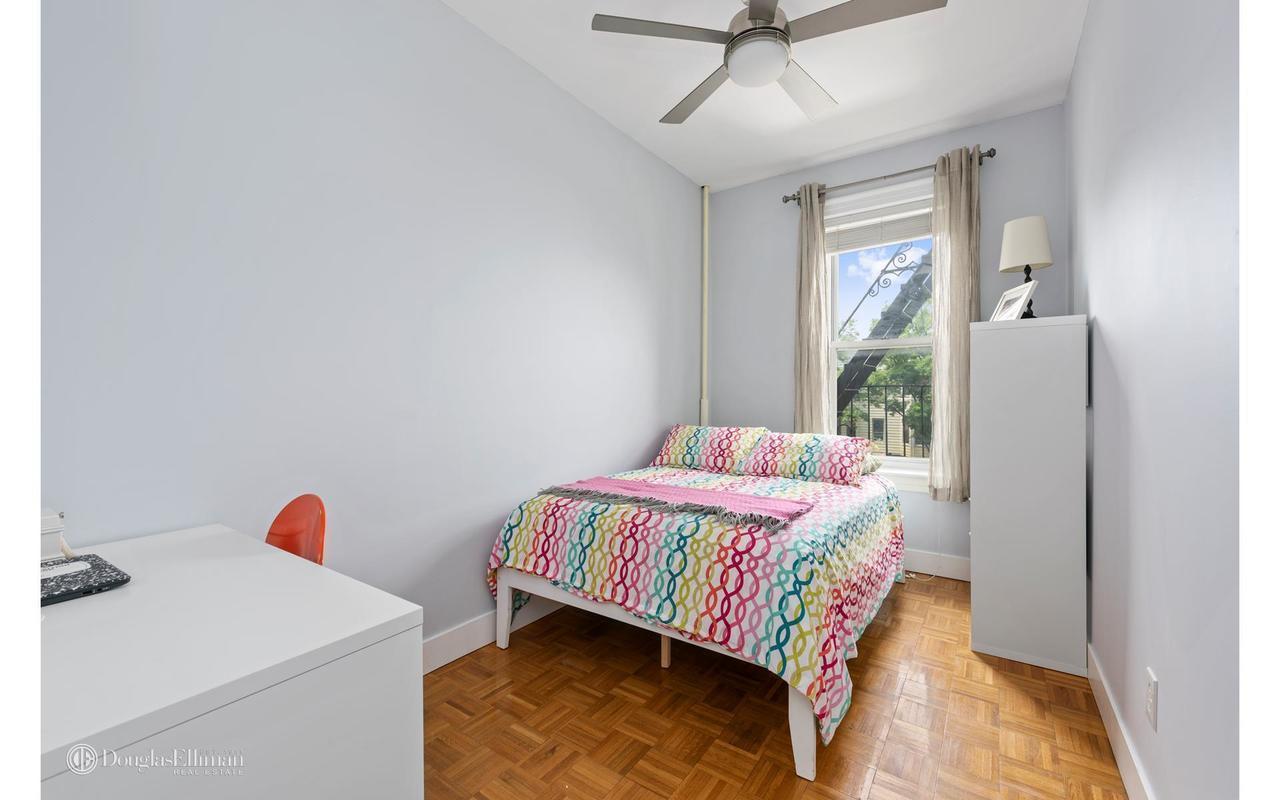 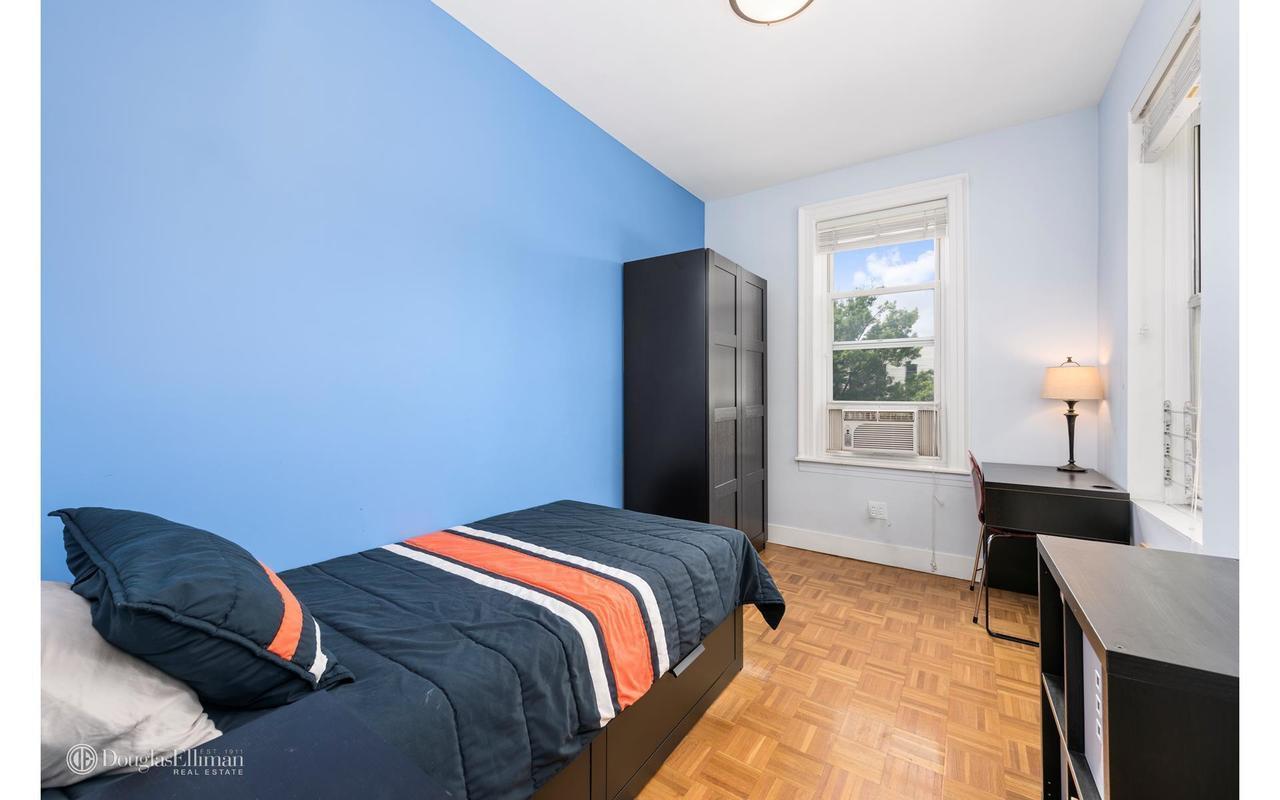 There are three air conditioners in the apartment, which will remain. There are also ceiling fans in several rooms. One of the bedrooms doesn’t have a closet. 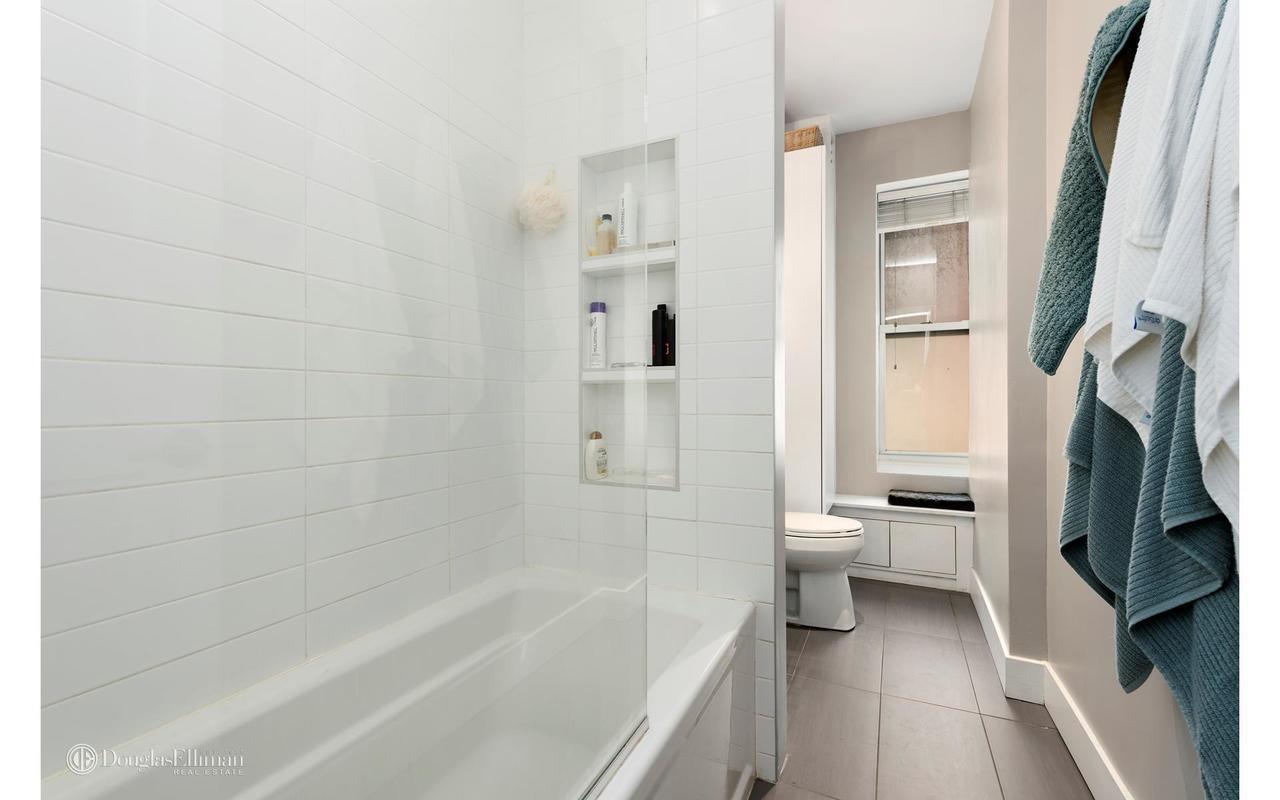 The full bath has a shower with a tub; the half bath was not shown in listing photos. 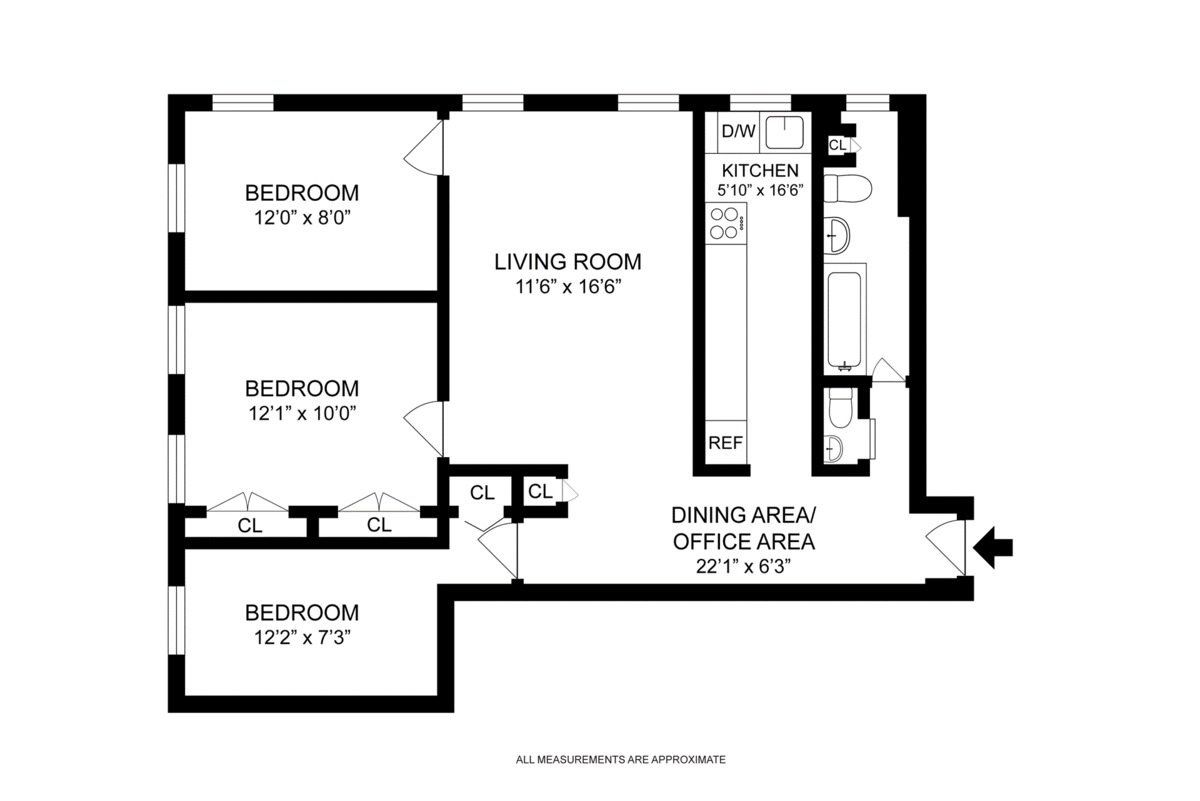 There is also a common courtyard for summer barbeques, and roof access to take in city views.

Laundry is in the basement, where there also is a private play area for children, which was not shown in listing photos. There is also a private 5-foot by 8-foot storage area.

The building is pet-friendly and the apartment is available July 1. It is a half block from the neighborhood’s namesake, which has an Olympic-sized pool, and is down the block from the 45th Street R train. It's a short walk from the Industry City complex, which is home to tech start-ups, creative firms, a food hall, and shopping.

Inside Sunset Park, the city's largest (and growing) Chinatown

Rent Coach: The downside of renting a fully furnished apartment

furniture Rental pick of the week Sunset Park
Brick Underground articles occasionally include the expertise of, or information about, advertising partners when relevant to the story. We will never promote an advertiser's product without making the relationship clear to our readers.
Share:

Selling your NYC apartment? Here’s how to navigate pandemic pricing

Buying for the first time in NYC? Be sure to prep your finances first

Buying in a building where you already own? You can't skimp on the board package

NYC's coastline could be underwater by 2100, WeWork co-founder lists townhouse for $21M, & more

The pros and cons of rent to own in NYC