A cliff-side Bronx two bedroom gives you a taste of the high life, for $3,200

The apartment is on the top floor of a building hugging the side of the steep Bronx bank of the Hudson River, so it gets lots of light.

Perched on the western edge of the Bronx overlooking the Hudson, this Spuyten Duyvil two-bedroom apartment, 2475 Palisade Ave., 6A, offers dramatic views in quiet surroundings, with as ready access to transit as you're going to get in these parts.

The $3,200 asking rent is substantially above the $2,625 median for a two bedroom in the neighborhood. The apartment was listed for $2,400 just three years ago, so it's possible the rent is negotiable. Also, there's another, slightly less nicely renovated apartment on the bottom floor, still looking out on the river, listed for $2,800. 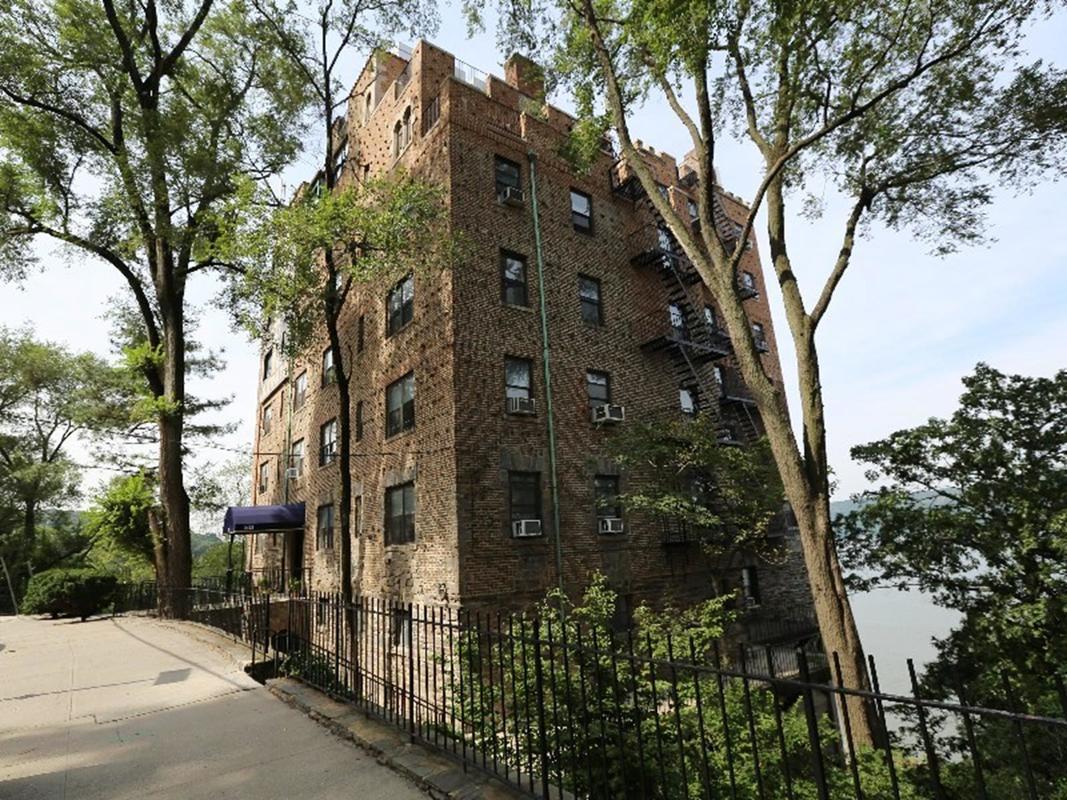 The apartment is a two bedroom on the top floor, bringing in river and bridge views and light from all around. The building, clinging to the side of the cliff over the river, is prewar, and the apartment looks nicely maintained. 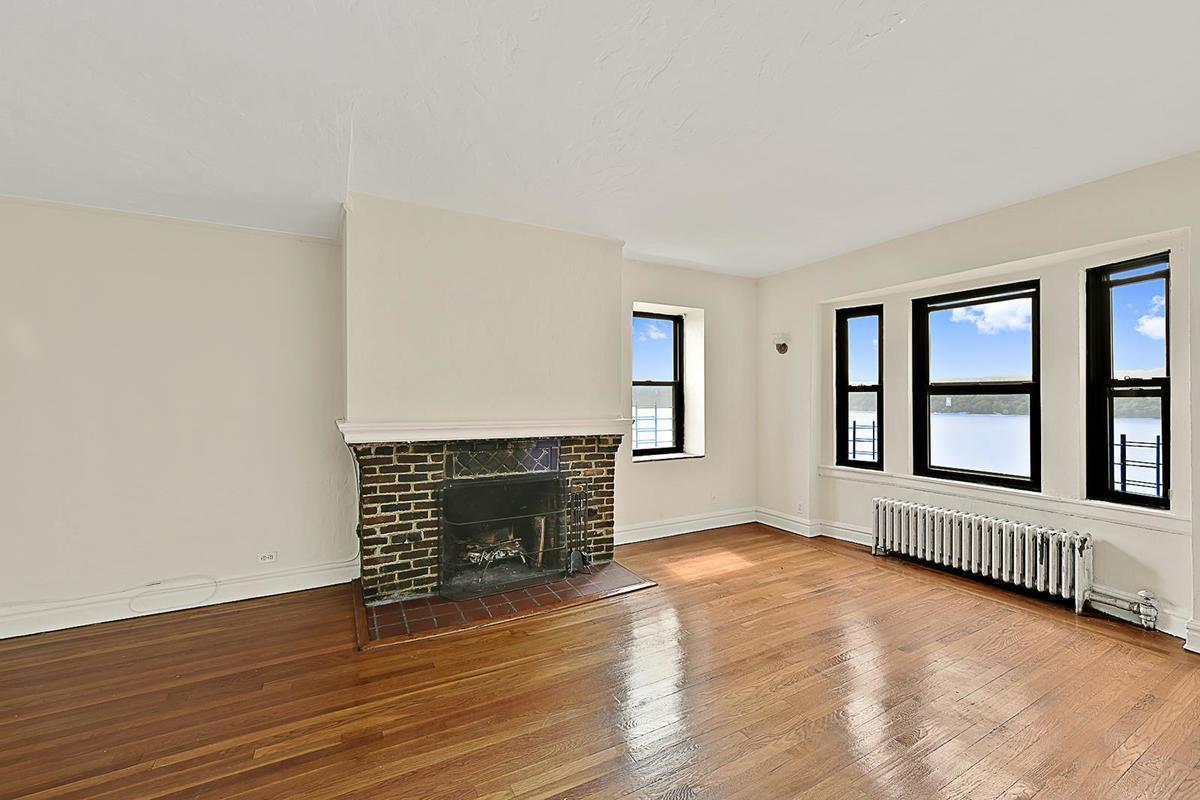 The living room has a working fireplace. 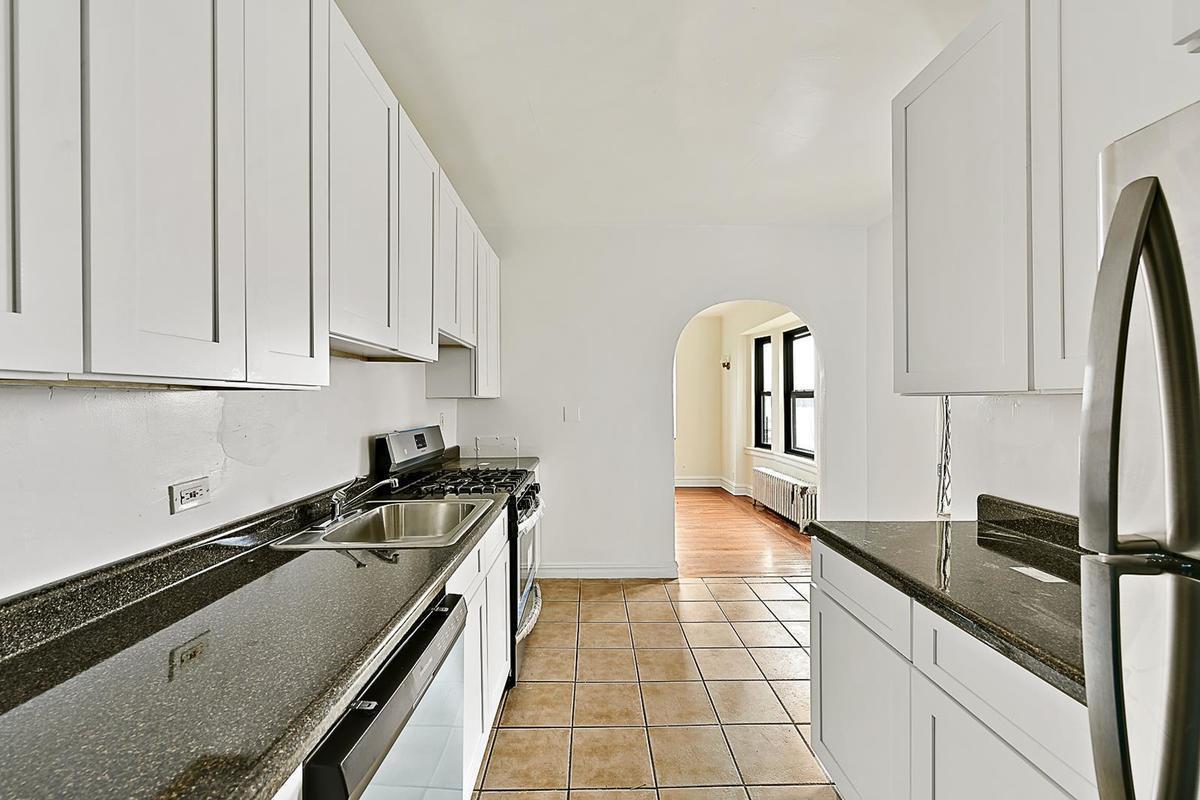 The kitchen is described as having new appliances, and there is a lot of cabinet and counter space. The kitchen also has room for a table. 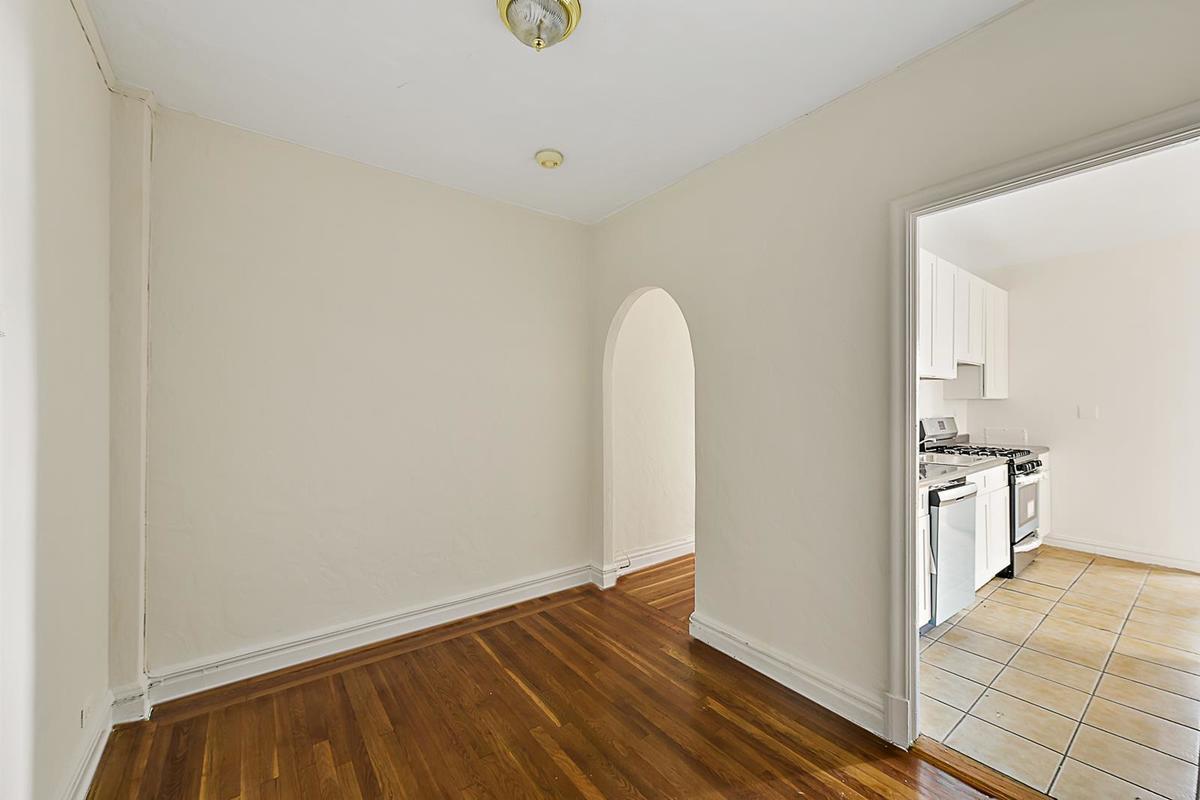 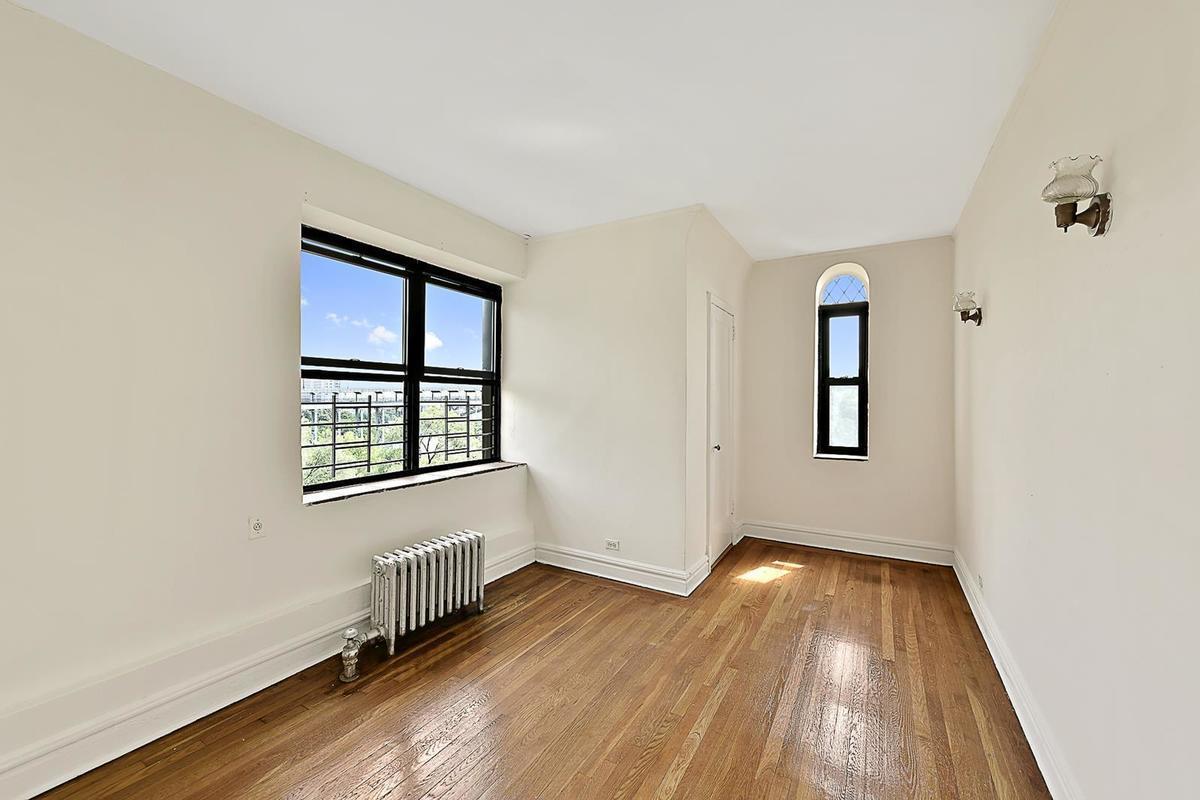 The arched entryway and window are an elegant, old-school touch.

The floors are wood throughout. 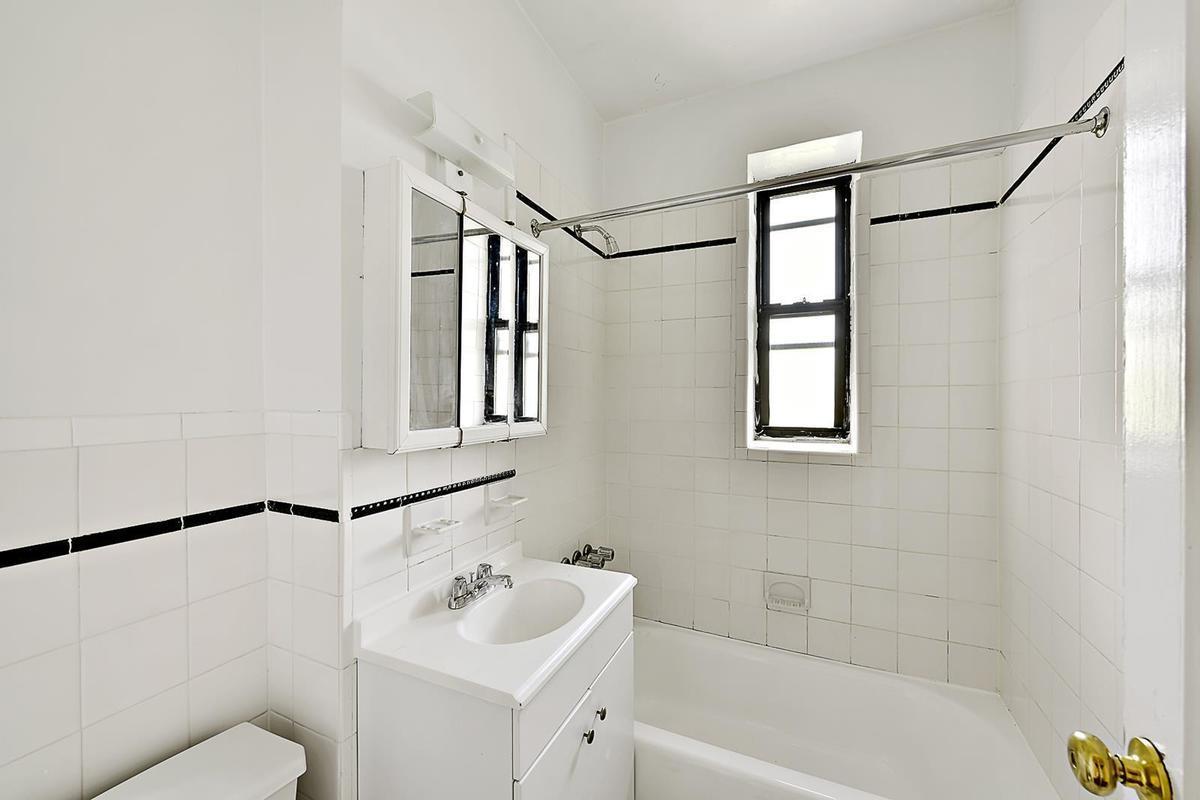 The bathroom isn't huge, but it has a medicine cabinet and under-sink storage.

We only get to see one of the two bedrooms (see top), and only from one side, so it's possible the window situation is somehow un-ideal in the other direction, and/or the other bedroom is in rough shape.

The building is a winding, two block walk from the Spuyten Duyvil Metro-North station, the northwest Bronx neighborhood's main connection with the city beyond. Be warned, there is a steep hill and a fair number of stairs involved.

A fireplace in the city? It's not impossible!

What apartment buyers should know about Spuyten Duyvil

Bronx prewar Rental pick of the week rentals Riverdale Spuyten Duyvil
Brick Underground articles occasionally include the expertise of, or information about, advertising partners when relevant to the story. We will never promote an advertiser's product without making the relationship clear to our readers.
Share:

How much are pet fees in NYC rentals? Do I have to pay 'pet rent'?

I'm renewing my lease, and the agent I worked with a year ago is asking for a 'renewal fee.' Is that legal?

Critics sound off on Hudson Yards: 'A gated community for the 0.1 percent'

5 perfectly good reasons to rent instead of buy in NYC

The 10 best Brooklyn neighborhoods for first-time buyers in 2019