The apartment is in a new building and has a gym and shared patio.

Washington Heights is very far uptown—where Manhattan narrows to just a few blocks wide—but don’t let the distance fool you: It’s typically a 30-minute commute to Midtown, at least when the subway is working properly.

It was third on Brick Underground’s “The 10 best NYC neighborhoods for college grads: 2018 edition” and is known for its Dominican population, with lots of Latin restaurants and grocery stores. And it’s also very green, thanks to Highbridge Park on the Harlem River and Fort Washington Park along the Hudson.

This two-bedroom, two-bath rental, 531 West 159th St. #4C, is in a new Washington Heights building and appears to offer a lot of value. You don’t have to pay a broker’s fee and you get the last two months free. The gross rent is $3,071 each month if you (and a roommate, presumably) use sayrhino.com, a company that covers your security deposit for a small monthly fee. 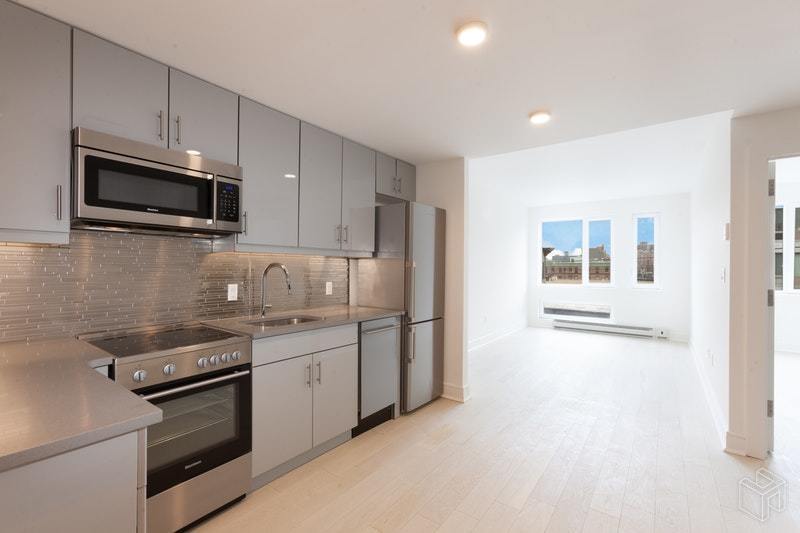 Apartments in this 2017 building have modern finishes, like white oak flooring. Kitchens have Caesarstone countertops, Bloomberg appliances, and custom cabinetry. 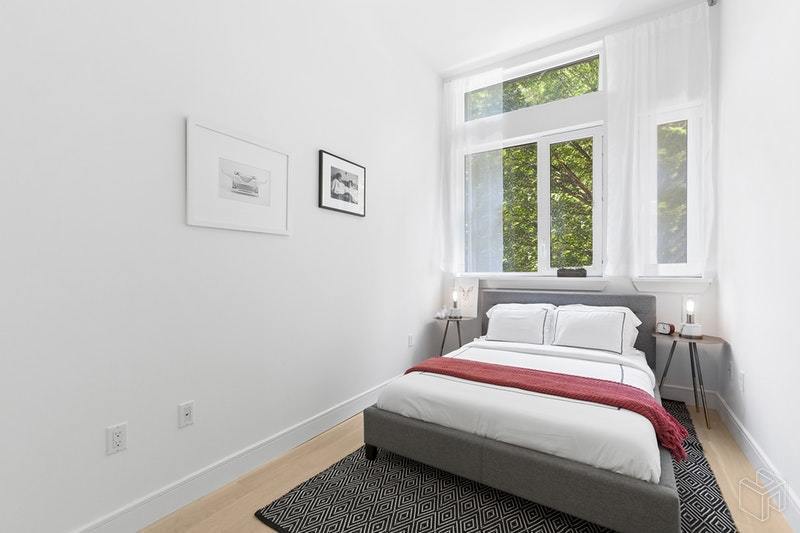 Only one of the bedrooms is shown. From the floorplan, they appear to be identical in size and have the same configuration of windows and closets. 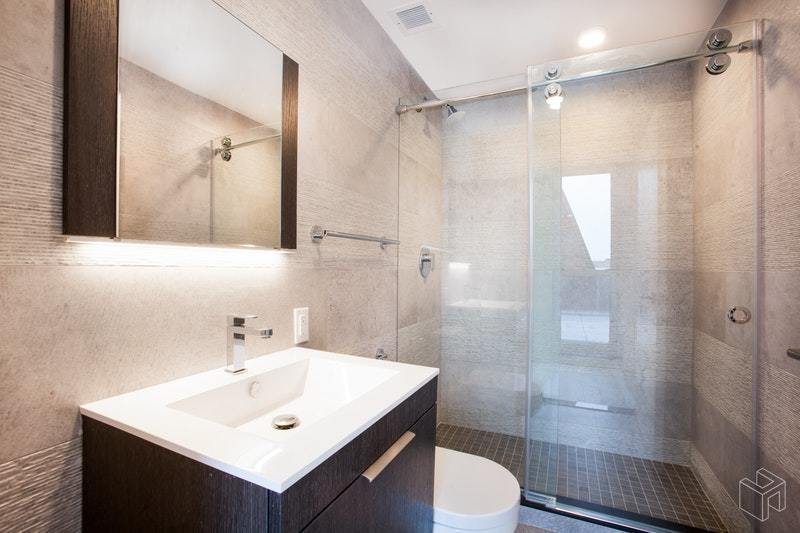 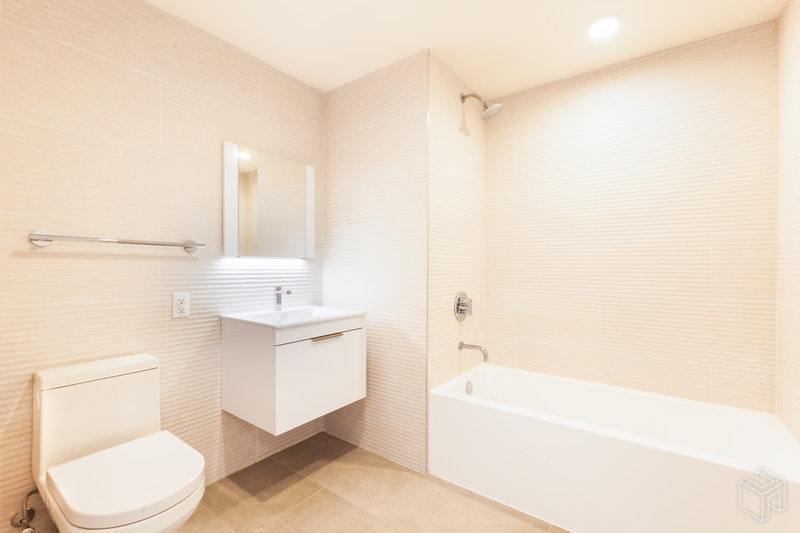 A bonus for roommates: You get your own bathroom. Baths are accented by Italian porcelain tile, Porcelanosa custom floating vanities, and the bath with the soaking tub has Noken fixtures. The other bath has a glass-enclosed shower. 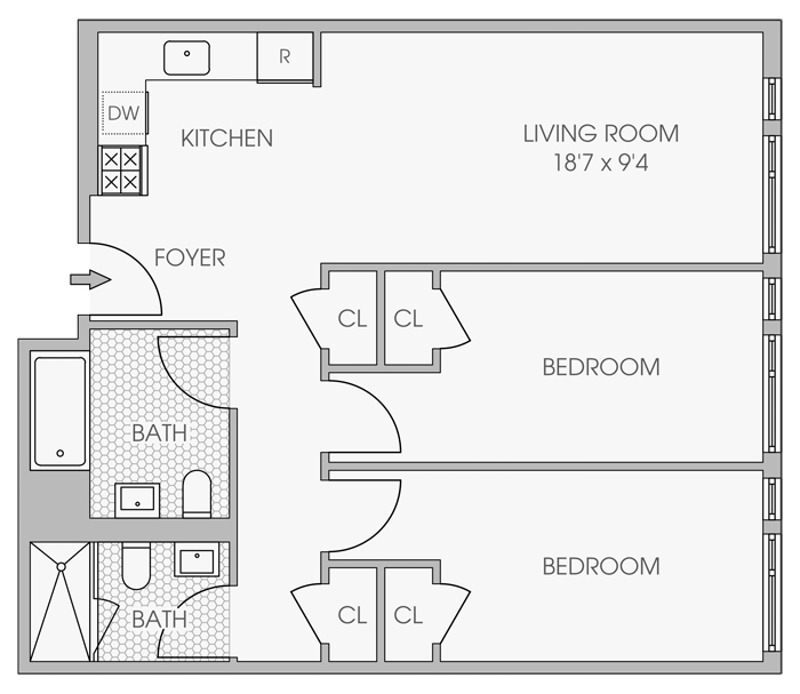 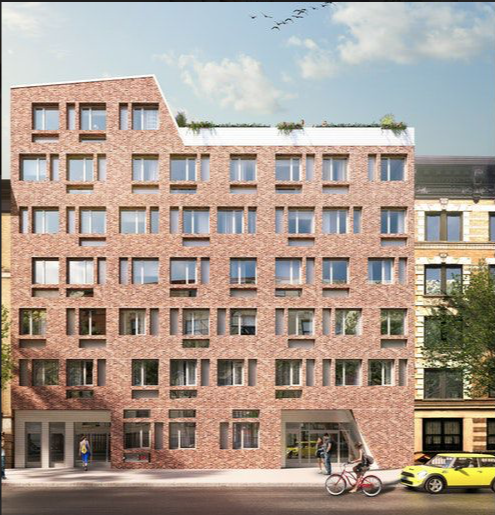 There’s a video intercom system and individual heating/cooling system. A common laundry room and bike racks are on the lower level, and residents share a landscaped backyard patio.

Nearby trains include the 1 at West 157th Street and the C at 163rd Street. Restaurants, grocery stores, and shopping are nearby on Broadway. The Hispanic Society Museum and Library, part of Boricua College, is located at 613 West 155 St.

Video: a Washington Heights resident gives an insider's tour of his neighborhood

Bushwick vs. Washington Heights: Why this twentysomething would rather stay uptown

rent Rental pick of the week rentals roommates Washington Heights
Brick Underground articles occasionally include the expertise of, or information about, advertising partners when relevant to the story. We will never promote an advertiser's product without making the relationship clear to our readers.
Share:

12 insider tips for renting an apartment in NYC

The 7 most common construction defects: A condo buyers guide

The price of living near the subway, free housing help in Queens, & more

A renovated Park Slope limestone with a built-in aquarium and library, for $6,000,000