This East Flatbush four bedroom is a deal at $2,599, but the subway is a hike

The closest subway from this apartment in East Flatbush, Brooklyn is a good 20 minute walk, but with four bedrooms spread across two levels, the extra bit of walking may be worth the price. Listed for $2,599, this apartment 130 East 59th St., #B, is close to the median asking price for a three bedroom ($2,525), according to StreetEasy. There's no fee for this apartment.

But be warned: Two of the bedrooms appear to be in the basement. They have do have small windows, but sleeping in a basement may not appeal to everyone. 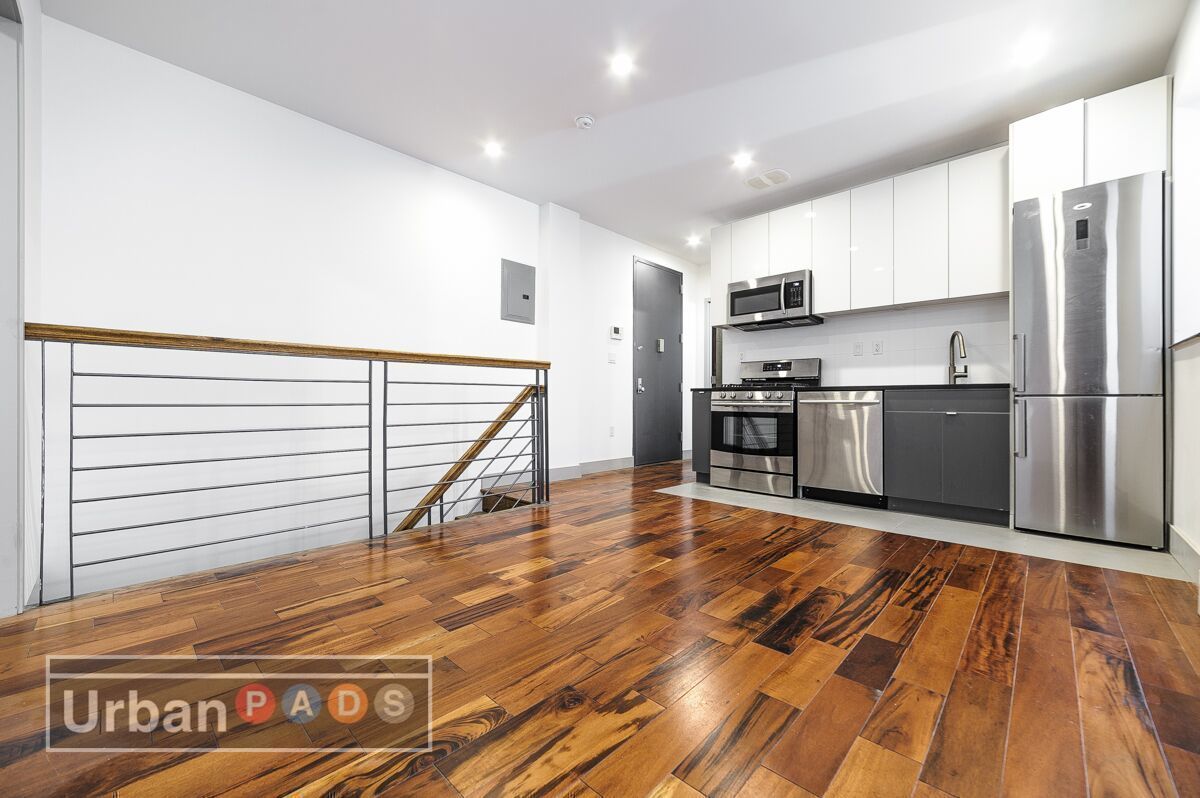 While the open kitchen is a bit on the small side with a handful of cabinets and not a lot of counter space, it does have a full-size stainless steel oven, dishwasher, and microwave. The fridge, however, is a bit narrow, which is, of course, not uncommon in many kitchens across New York City.

A small window is near the fridge, while a larger one is further into the sizable living room, which appears to have enough space for a table or standalone island to separate it from the kitchen—and serve as an extra storage/cooking area. 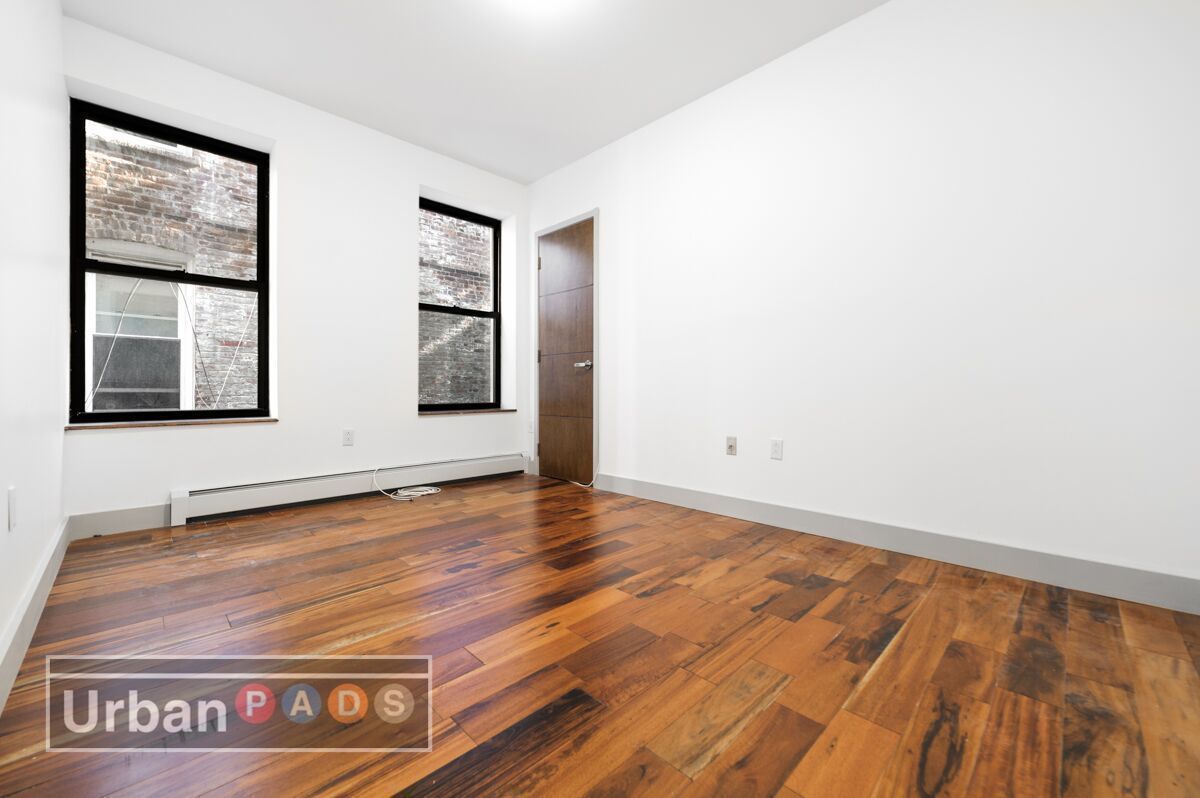 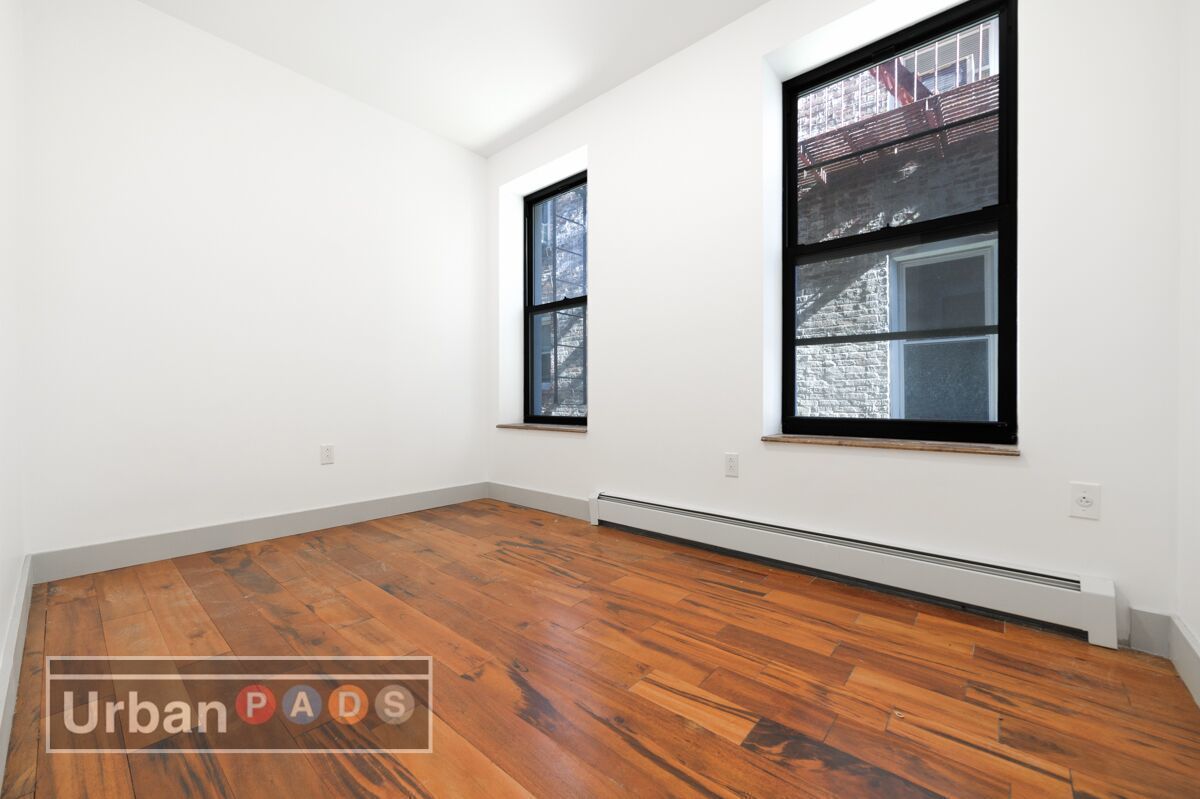 The living room has hardwood floors, which continue into the two bedrooms on the upper level. Both are large enough to fit queen-sized beds and have what the listing says is “ample” closet space. Both rooms have two large windows. 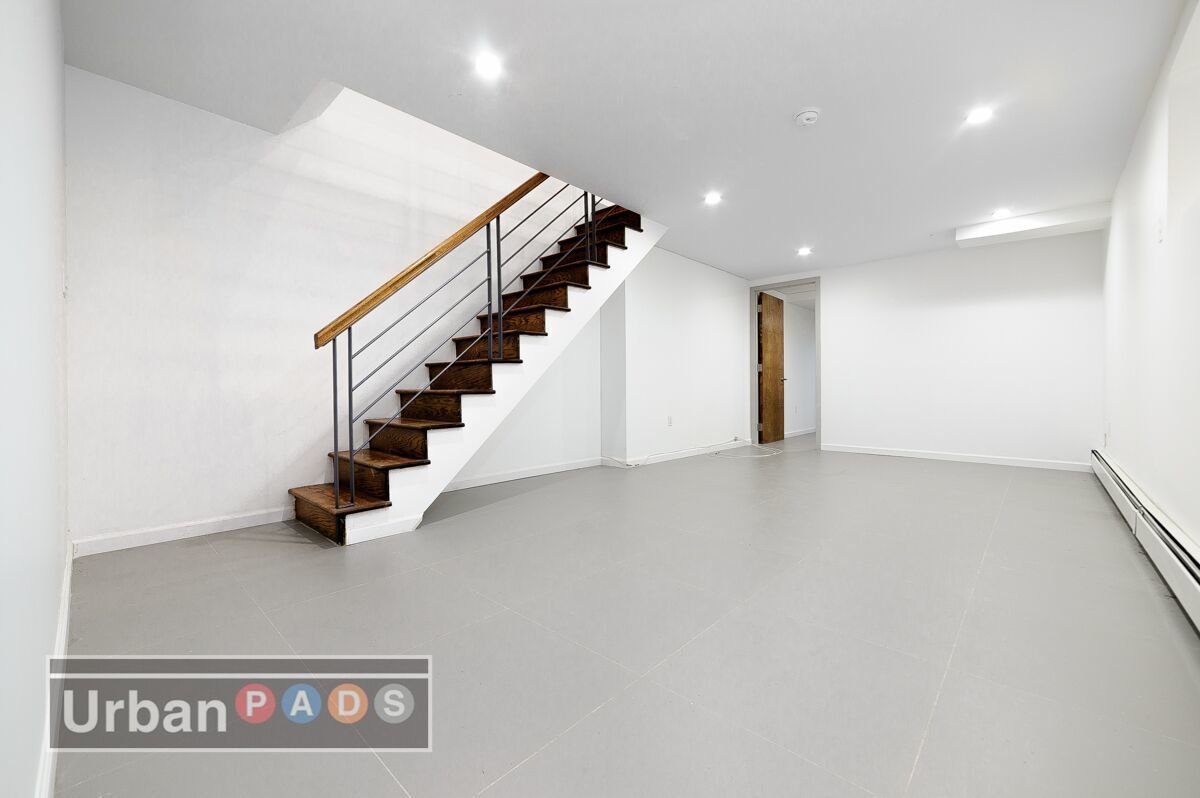 A staircase off the kitchen leads down to the lower level, where two other large bedrooms are located. One is an en suite with a tiled bathroom that has a rainfall shower head. (The listing says this is a two-bath rental, but photos only show one of the bathrooms). The lower level looks like the basement of this three-story building. 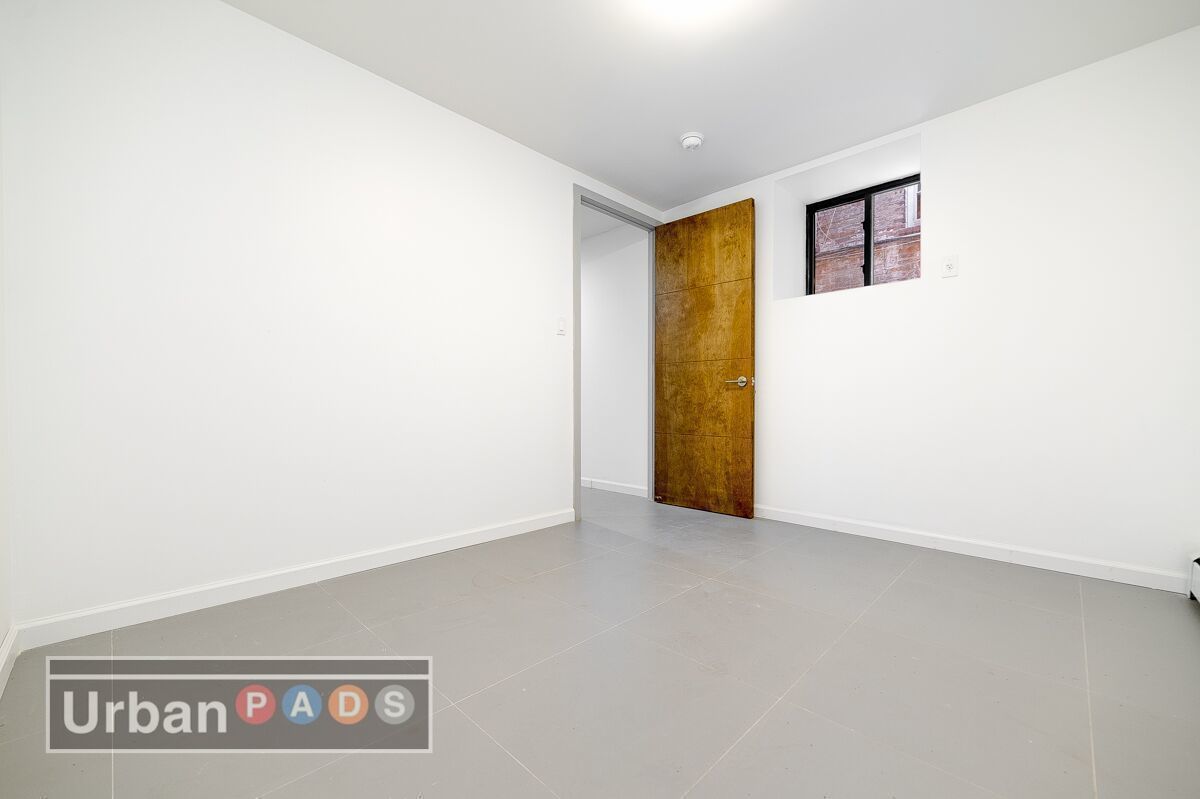 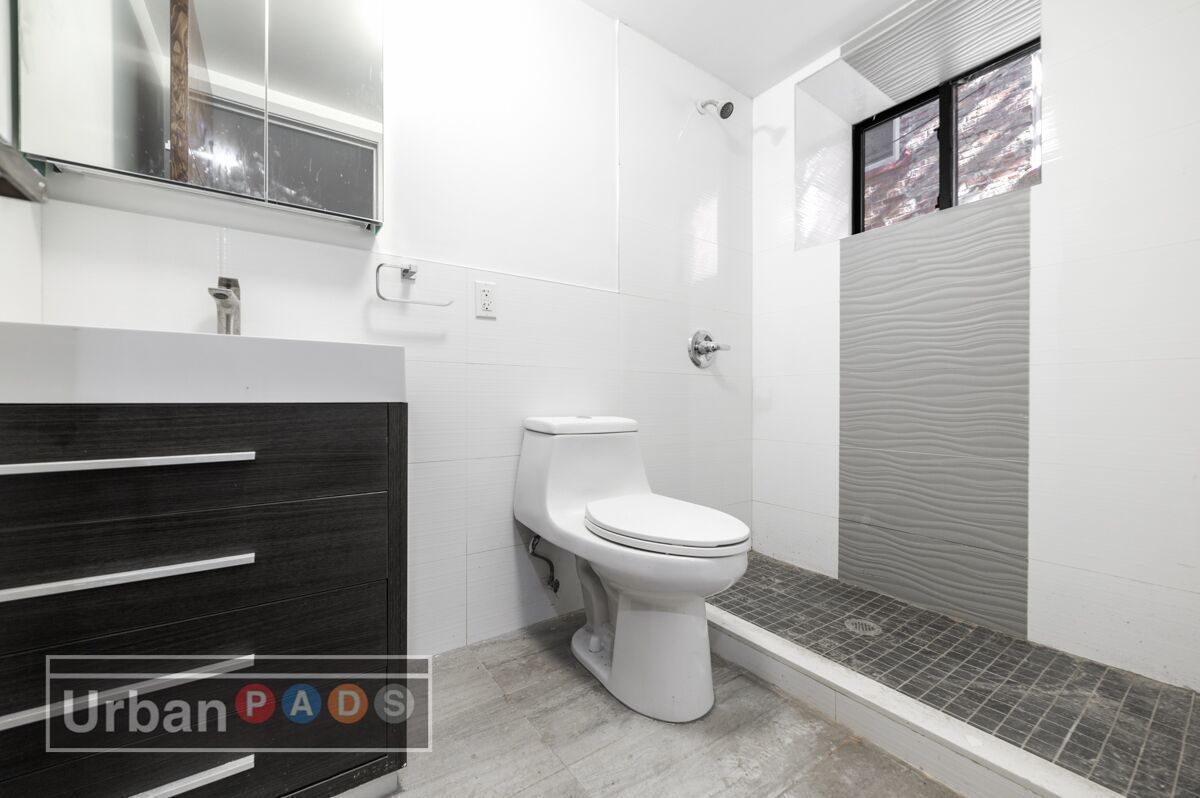 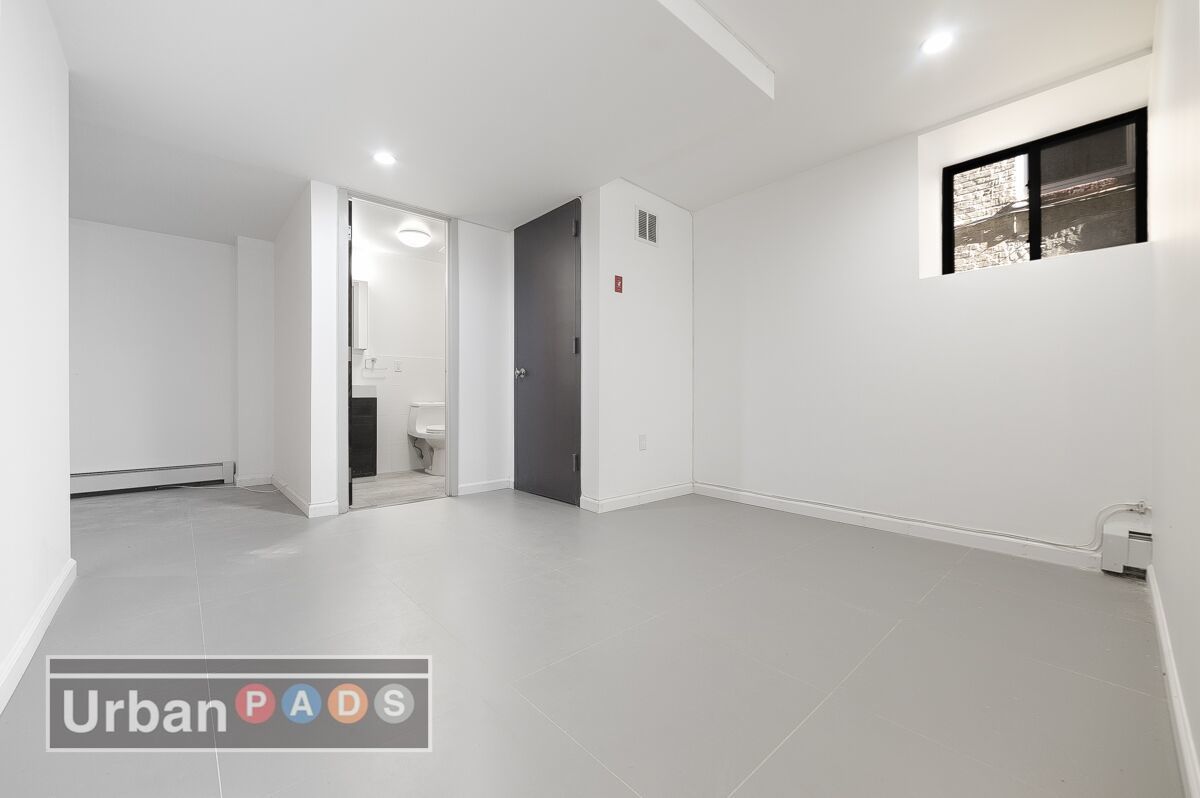 This building is pet-friendly, and has a virtual doorman, bike room, on-site laundry, live-in super, and central air conditioning and heat. There is also some outdoor space for tenants. 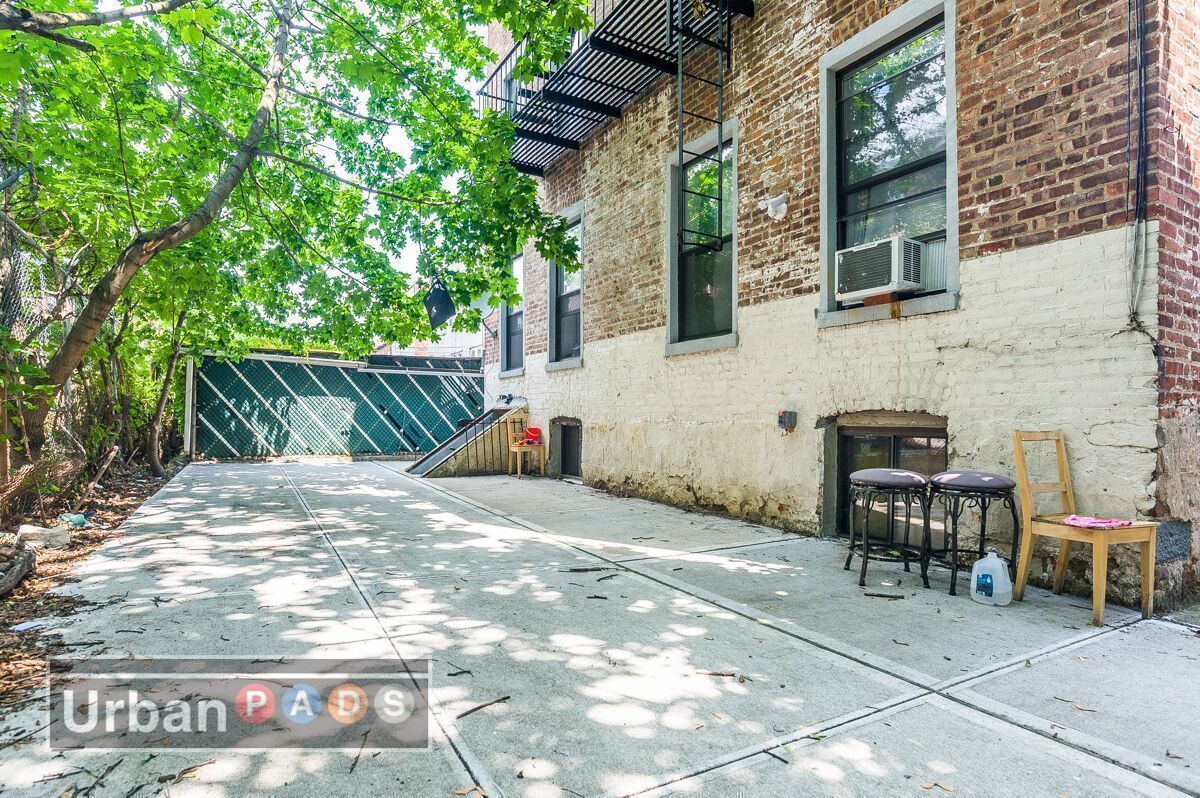 The neighborhood has several Caribbean restaurants, and the Brooklyn Terminal Market, which sells fresh fruit and vegetables, is within walking distance.

The 12 best websites for finding a roommate in NYC

Brooklyn Flatbush rent Rental pick of the week rentals
Brick Underground articles occasionally include the expertise of, or information about, advertising partners when relevant to the story. We will never promote an advertiser's product without making the relationship clear to our readers.
Share:

Considering a NYC studio apartment? Here's how to maximize your layout

How to add a legal bedroom to your NYC apartment

Do I need renter's insurance if I'm subletting a condo?

How can I tell if a co-op or condo board member has a conflict of interest—and what can I do about it?