Classic Craigslist: These roommates want $900/month for a SHARED bedroom in Queens

Sometimes, stories come to us when we're not looking for them: We all know it's bad out there for New York renters, but even with rents as steep as they are, most of us still expect to have a bedroom to ourselves. Most, but apparently not all—one Brick staffer who's been on the hunt for a new rental recently came across a listing advertising a "shared room for rent in Astoria," at an eye-popping price.

The listing specified that "you will be sharing the room with a 19 year old outgoing female, studying in Manhattan. We will be sharing the bathroom and kitchen. The rent includes utilities and wifi." When he investigated further, he found that the room is, indeed, occupied by a 19-year-old student who recently arrived from Norway, but who noted that her roommate had penned the ad about an 'outgoing female,' and that the wording had attracted some rather creepy would-be roommates. (You don't say.) 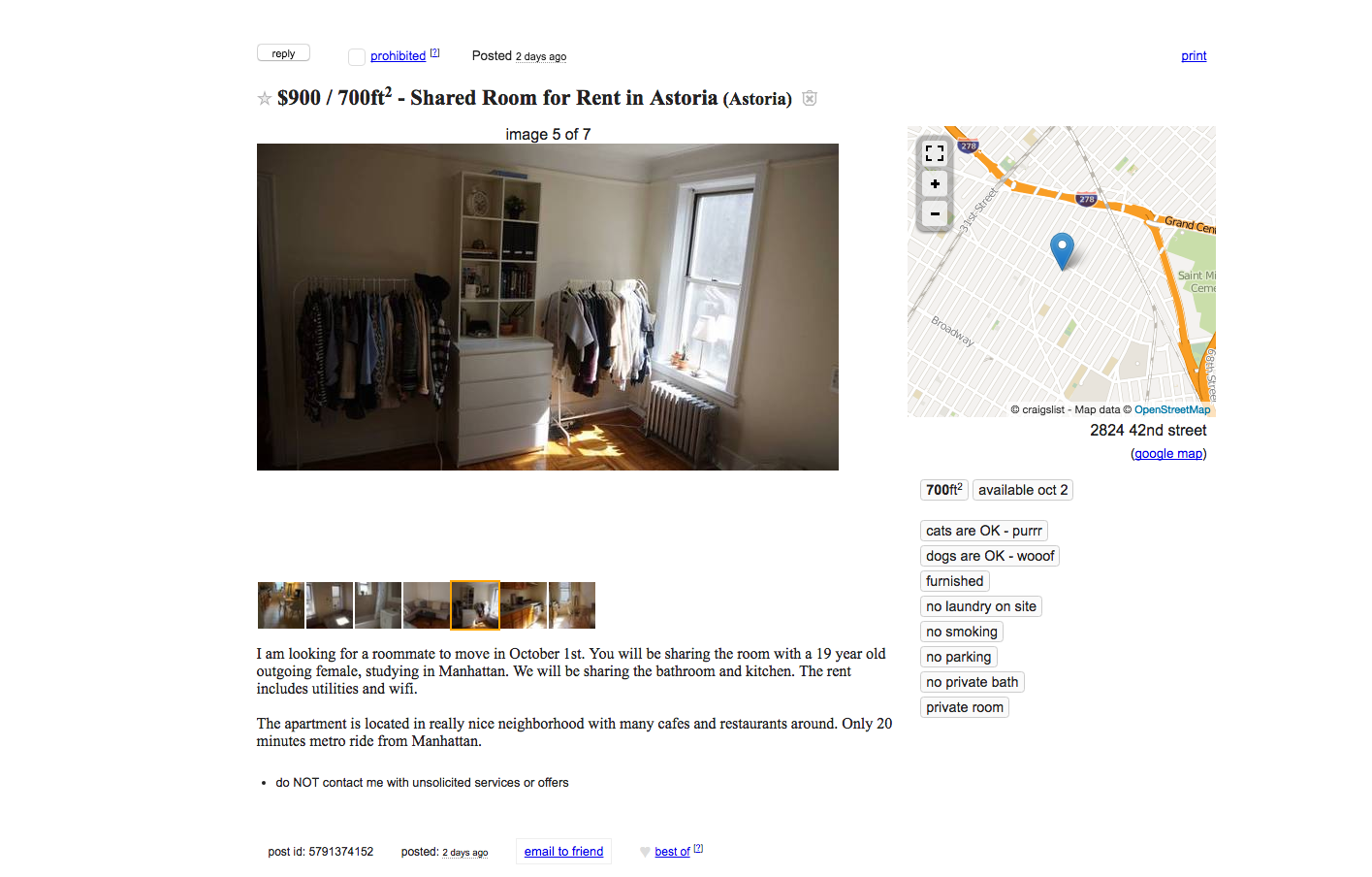 "My first thought when I saw this was, 'What the hell? This can't be for real,'" our staffer says. Curious about the setup (and whether there'd been a misunderstanding in the listing), he went to check it out. "The room was just two twin beds, and like you see in the photos, no closet," he says. "I realized, this is a 19-year-old student, they're treating it like a dorm room."

Besides the close quarters—the plan was to divide it up the room using a sheet or a screen—the shared bedroom in question didn't actually have a door, making the "two-bedroom" apartment technically a one-bedroom. (Another roommate would be living solo in the actual bedroom.)

The price tag for the entire apartment? $2,500/month. (You read that right.) Even with Astoria's rising prices, that's a pretty steep ask for a glorified one-bedroom.

The listing has been taken down since we first spotted it, which is probably for the best. That is, unless that means they actually found a taker, and are moving forward with the setup.

Best of Brick: Anatomy of a Craigslist scam

We decode Craigslist ads so you don't have to

Craigslist roommates
Brick Underground articles occasionally include the expertise of, or information about, advertising partners when relevant to the story. We will never promote an advertiser's product without making the relationship clear to our readers.
Share:

Everything you need to know about combining apartments in NYC

One bedrooms in new developments in the Rockaways for under $2,300