"The Money Pit" will make you reconsider that quaint fixer-upper

By this point in time (we hope), most buyers with DIY dreams are well aware of the drawbacks that come with buying a so-called "fixer-upper." And while 1986's The Money Pit is supposed to be a classic cautionary tale on this front, after a recent re-watching, we didn't find ourselves with a whole lot of sympathy for anyone involved.

The movie starts off when Walter (Tom Hanks) and his girlfriend, Anna (Shelley Long), are rudely awakened by a bunch of movers bursting into their apartment, informing them that they have to get out. It'd be a nightmare scenario, except that it's apparently the apartment of Anna's ex-husband ("the Maestro"), who allowed her to stay there for a year after their divorce and is now moving back as planned. ("It's not your fault," Walter tells Anna about their surprise eviction, but we'd beg to differ. Did she think they could just squat in the Maestro's apartment indefinitely after her pre-determined move-out date?) 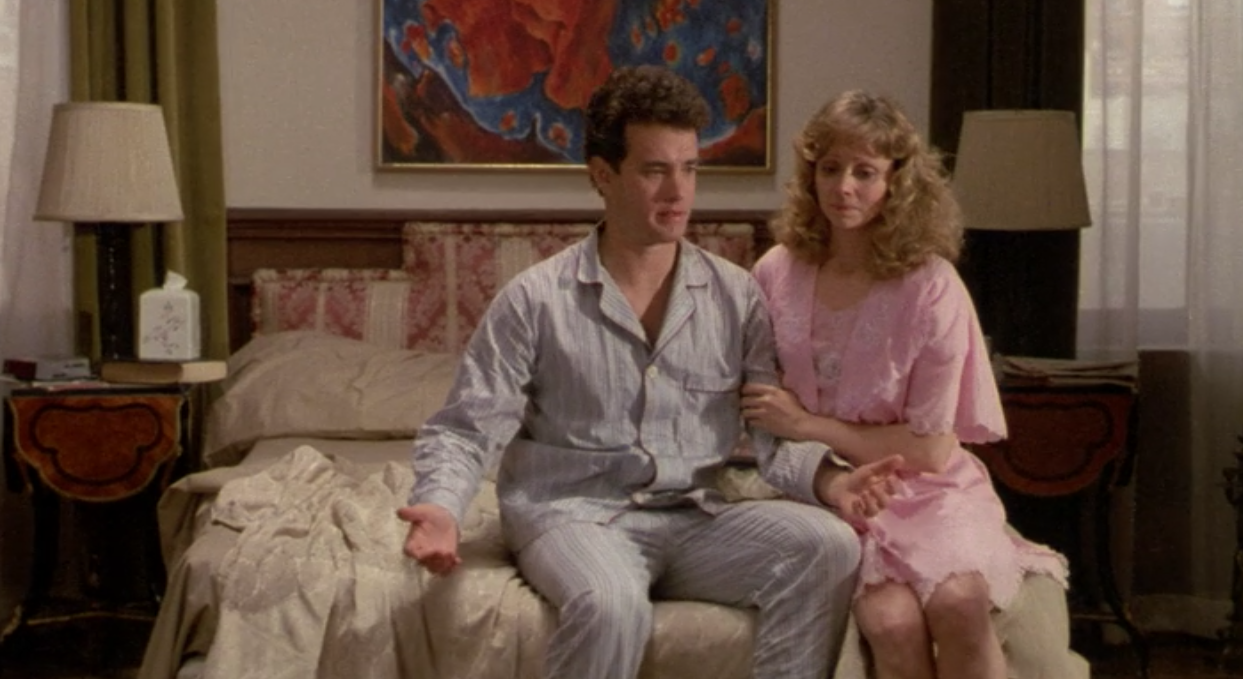 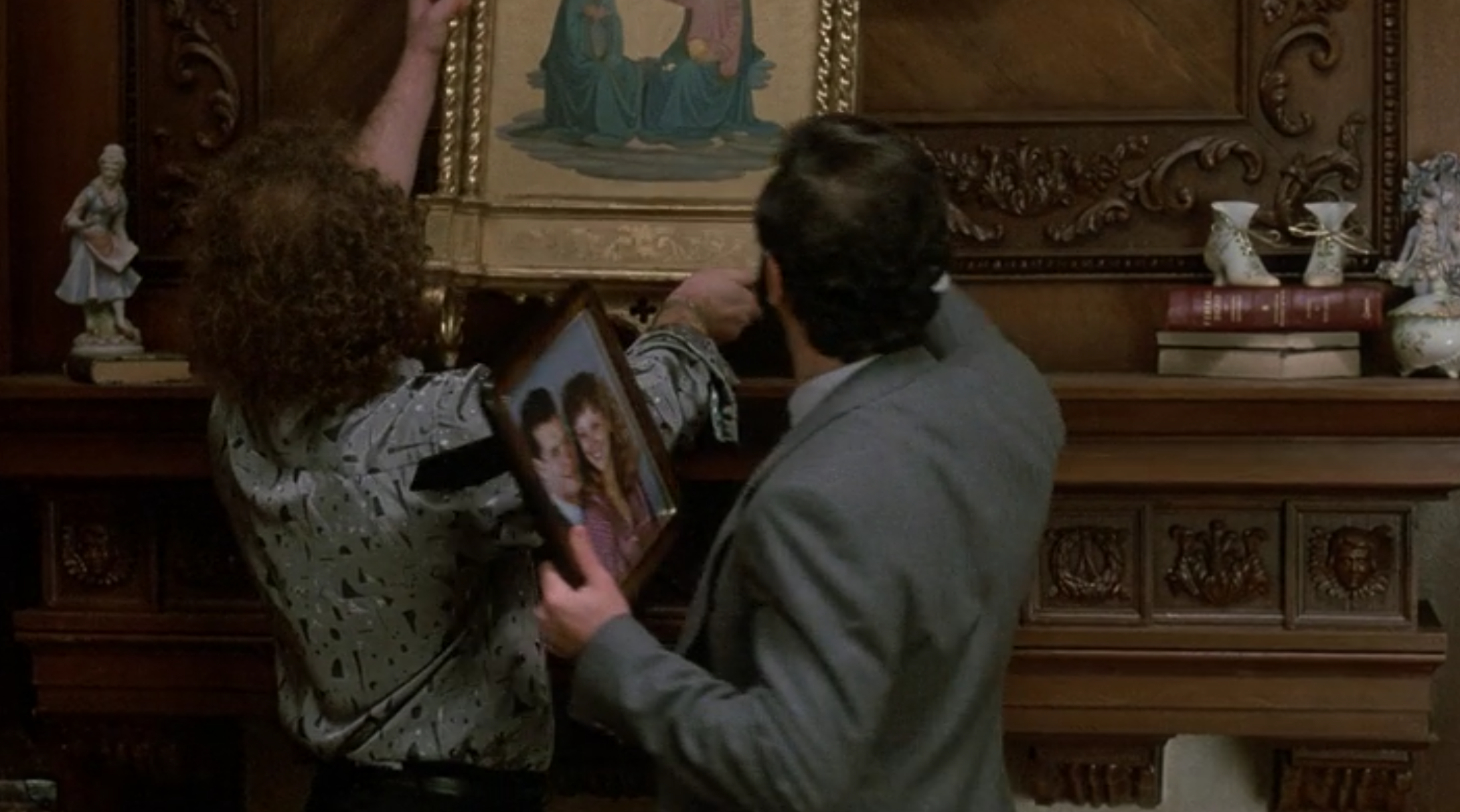 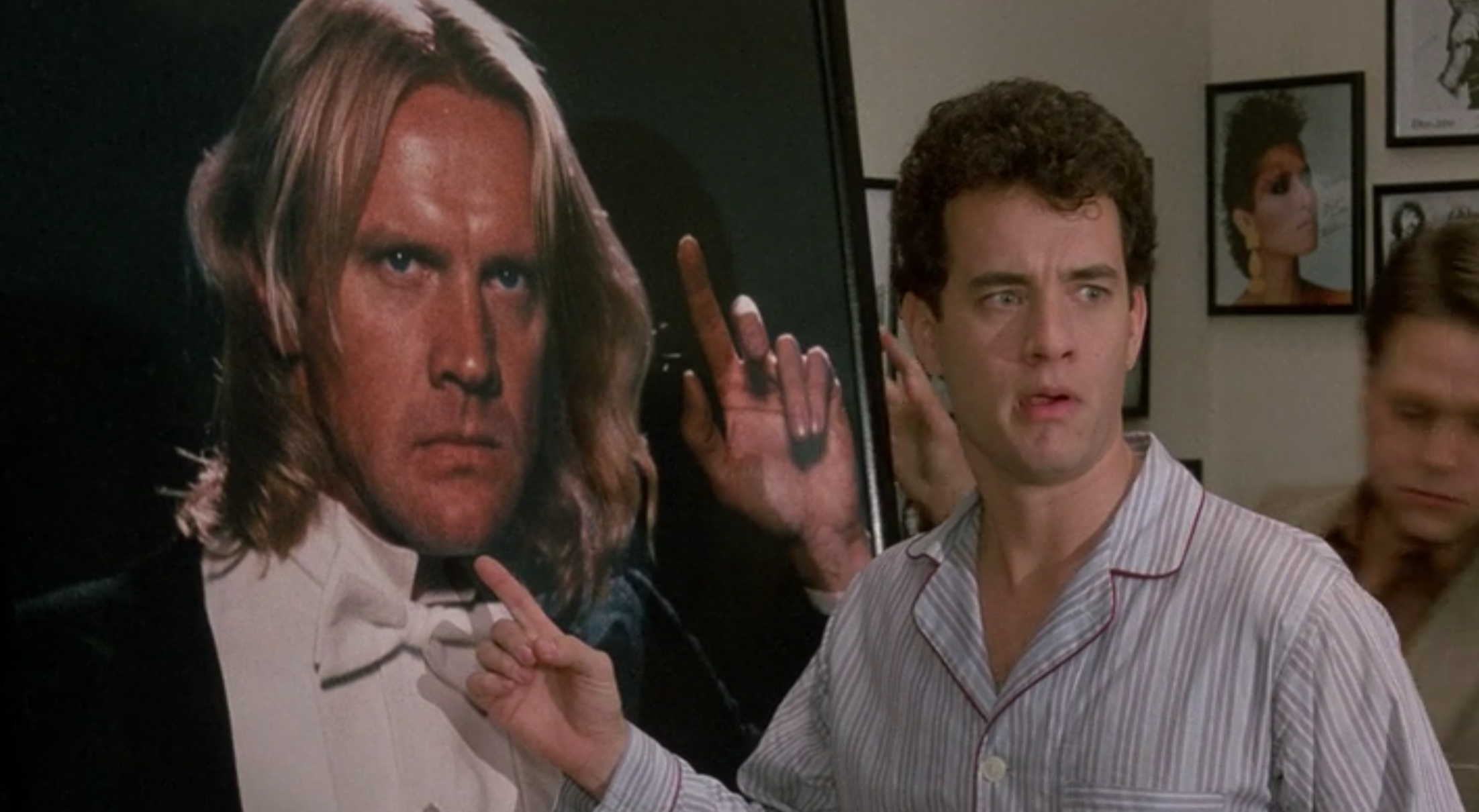 We don't get to see much of the apartment itself, but it looks to be a stately prewar, and On the Set of New York reports that the exterior was shot at the Langham on the Upper West Side, where rentals can go for as much as $40,000/year. One can see why the Maestro isn't willing to cede this to his ex and her new boyfriend.

Walter and Anna are thrown into a panic ("It takes months to find an apartment in New York even if you're rich—and we're broke," says Walter), and decide to seek help from Jack, a family friend—and shady real estate broker. When Anna brings up Jack's recent stint in prison, Walter waves her off, saying, "Jack got off with a small fine, he's a perfectly legitimate real estate agent." Once again, Walter and Anna don't seem like the brightest. 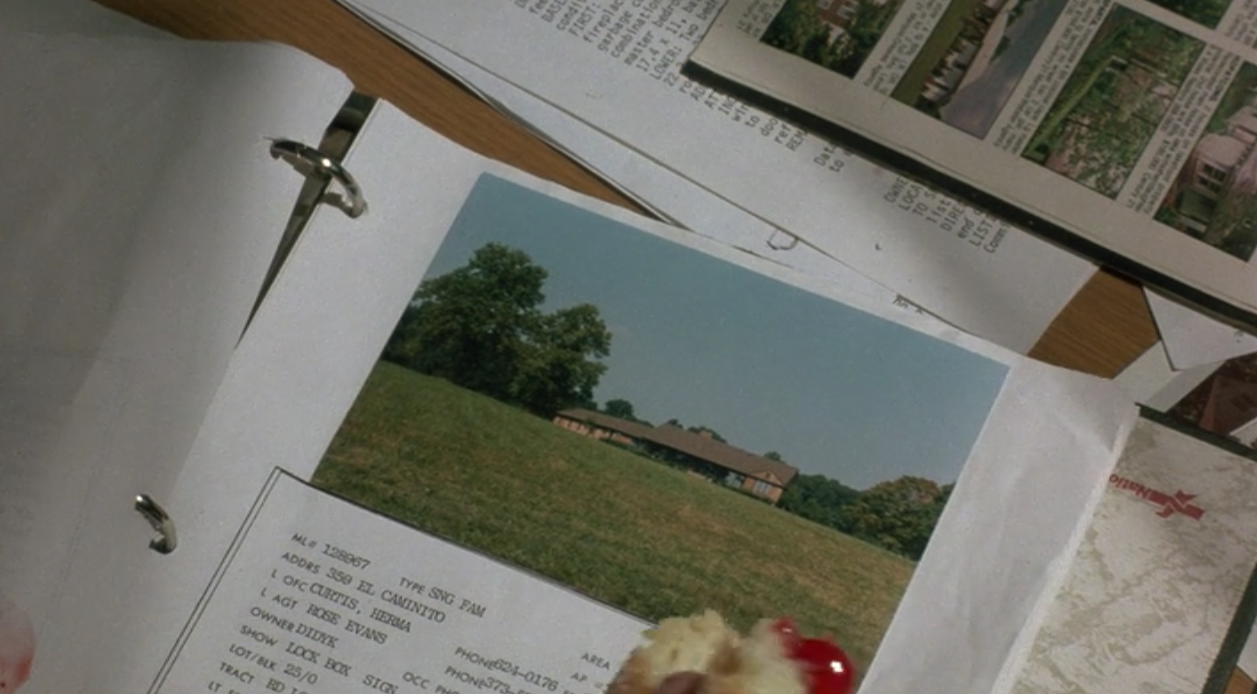 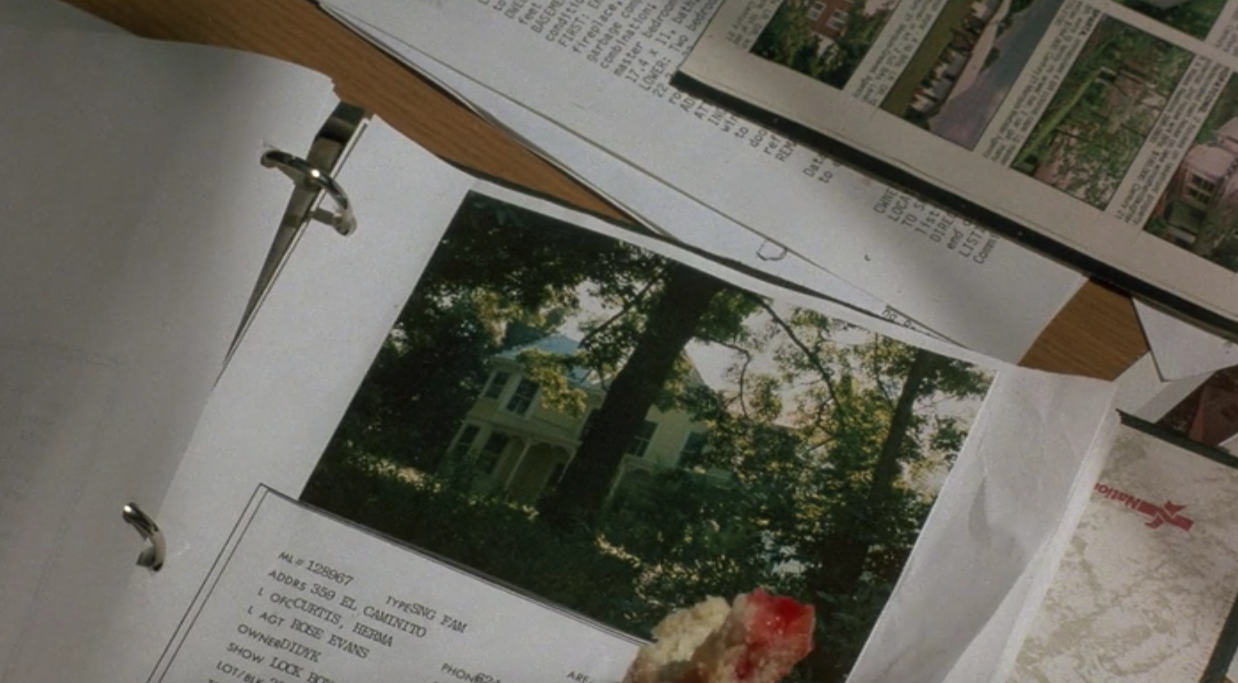 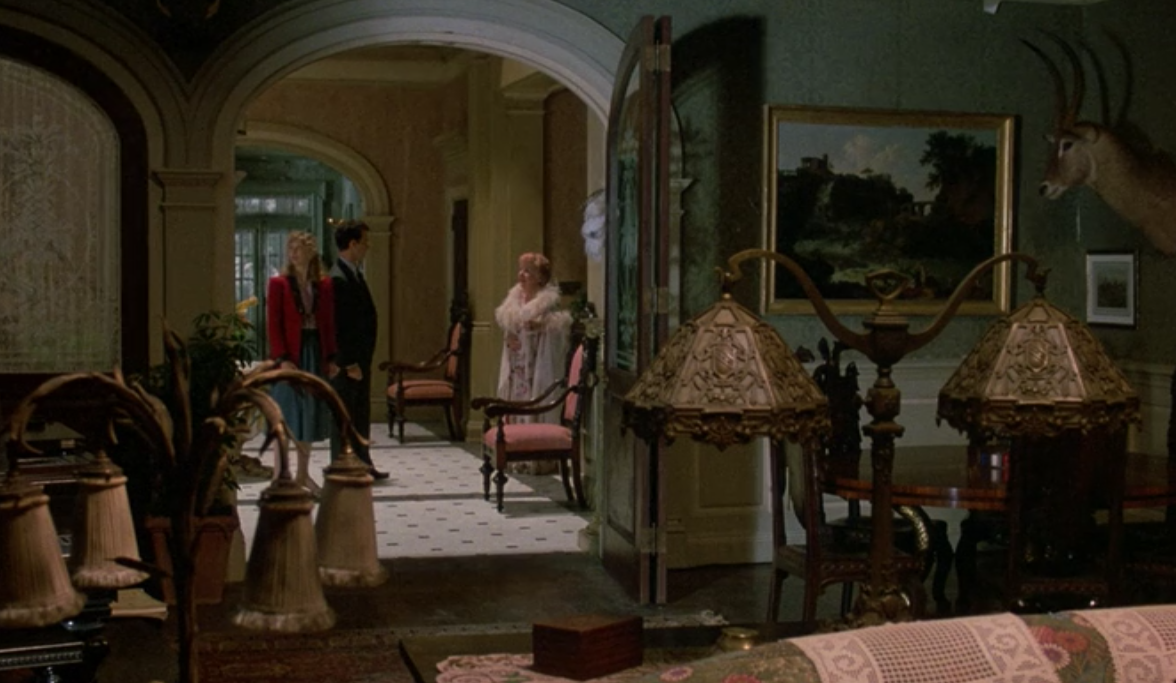 We see Jack leafing through an old-school, pre-Streeteasy binder of real estate listings (one proposed option is a house that's "only an eight-hour commute" from the city), and chiding Walter for his assumption that he could still get a Soho rental for $350/month. Eventually, he points them to a "million-dollar house" that will be theirs if they can come up with $200,000 by the close of business on Friday. After a tour from the batty old owner, who also offers to toss in the furniture and a car, Anna and Walter decide to take it, becoming the only "broke" people in history to be able to materialize $200,000 with 48-hours notice.

There's no home inspection pre-purchase, though Walter does ask Jack why it's so heavily discounted. Jack's response: "Who knows. Divorce, loan sharks, sudden death. The point is, you get to capitalize on another human being's misfortune. It's the basis of real estate!" It proves to be true, but it's Walter and Anna whose misfortune is being capitalized upon, not the other way around. As soon as they move in, a series of disasters start to unfold—rain pours through the ceiling, the front door falls off its hinges, the entire main stairwell collapses. 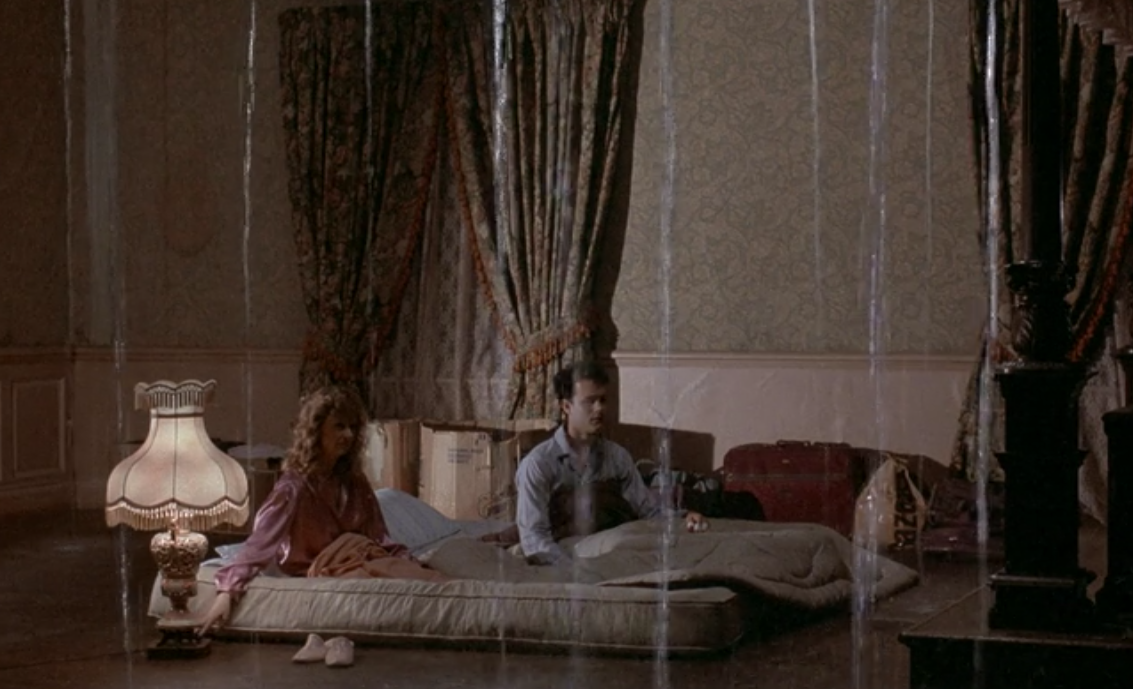 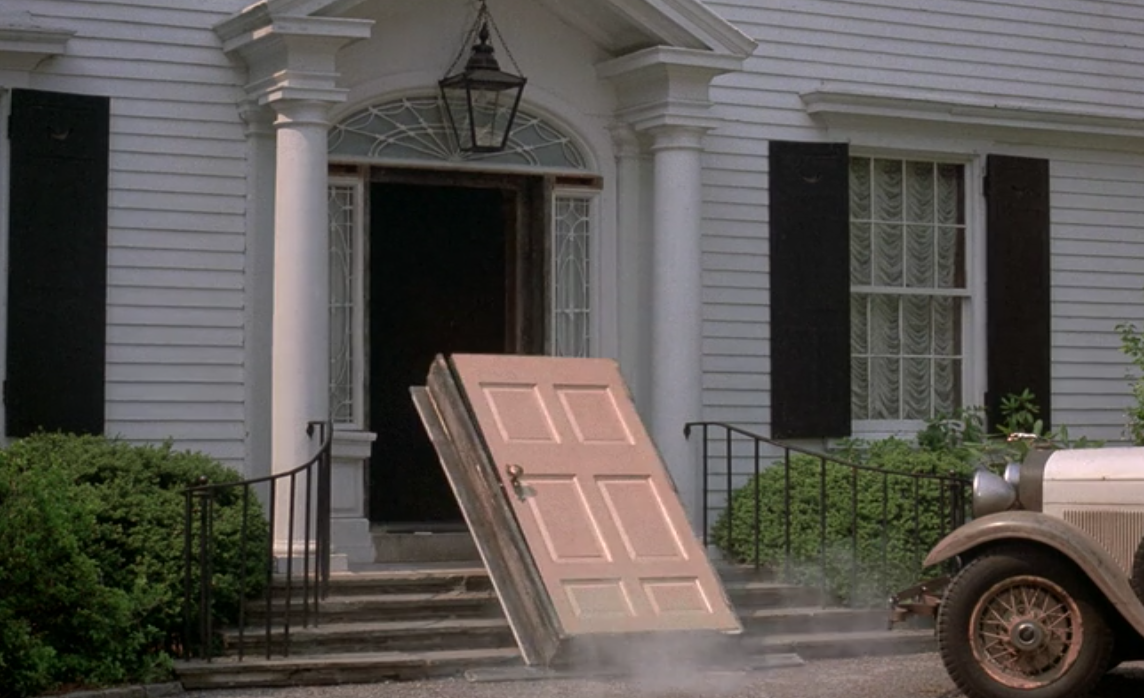 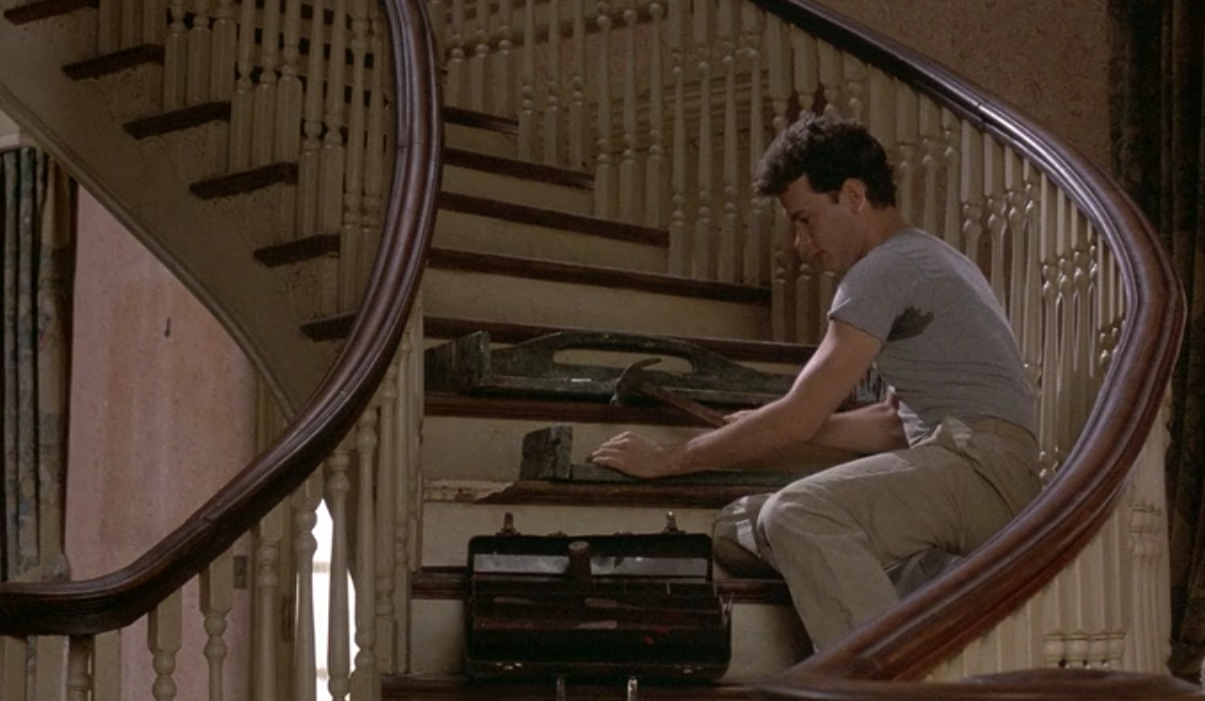 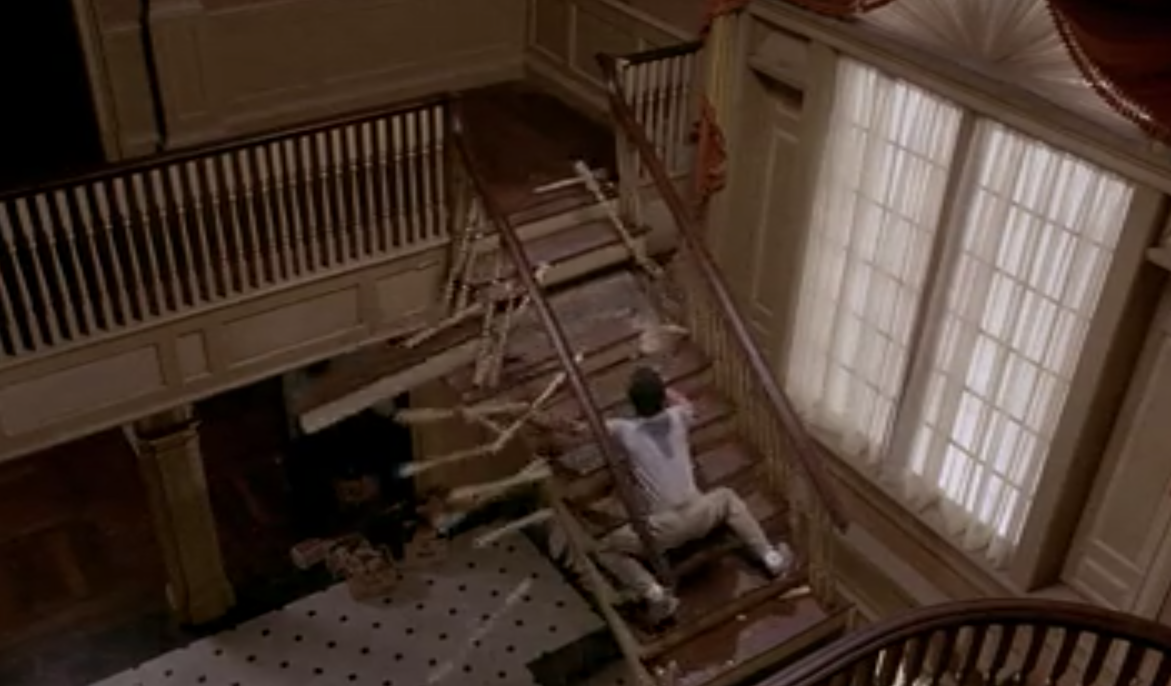 It's at this point that the movie abandons any semblance of a plot in favor of elaborate, renovation-related sight gags, including but not limited to this feral raccoon that jumps out of the home's dumbwaiter. 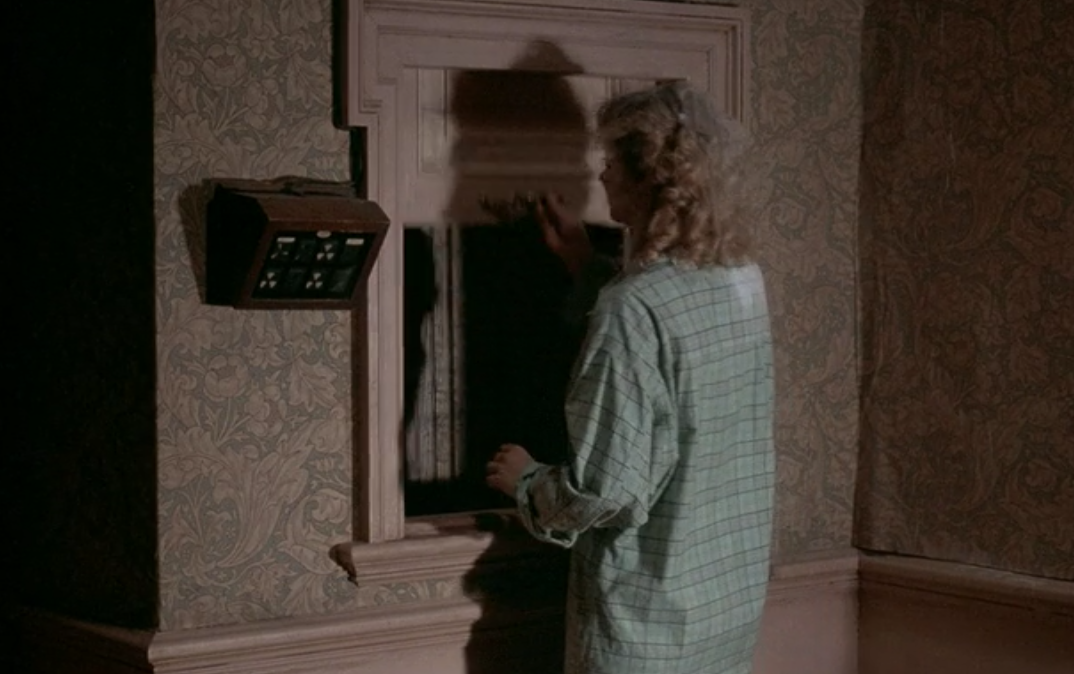 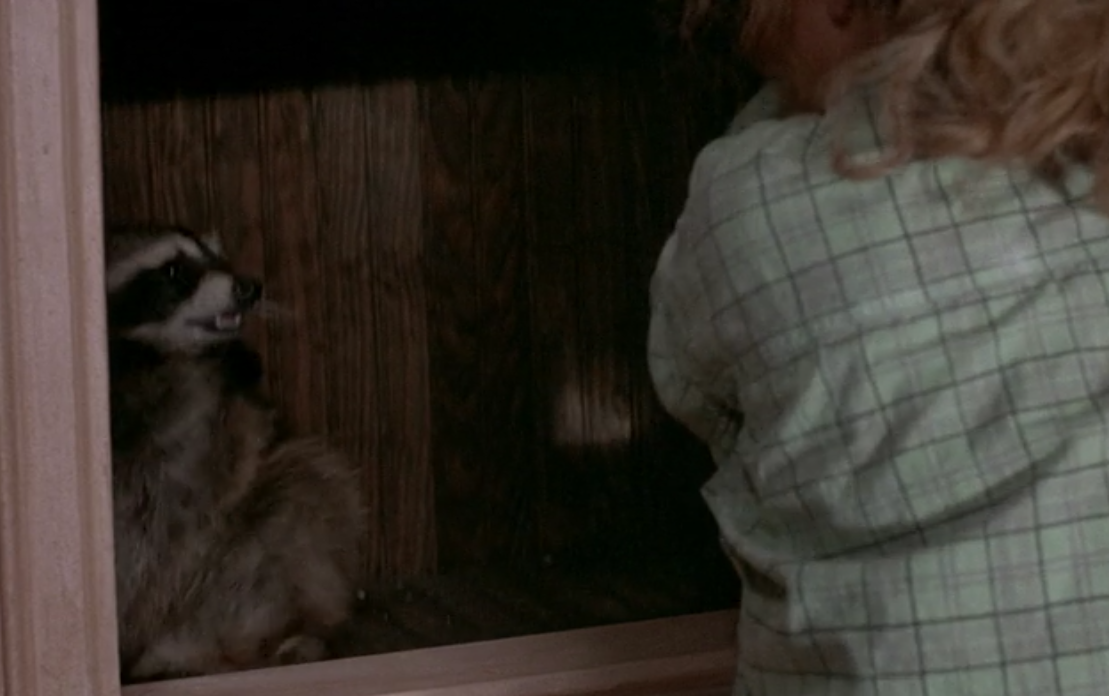 Eventually, they find a quesitonable local contractor fo fix the place up, though whenever they ask about the timeline, they get the same standard answer—"Two weeks!" (We've heard a version of this story before.) 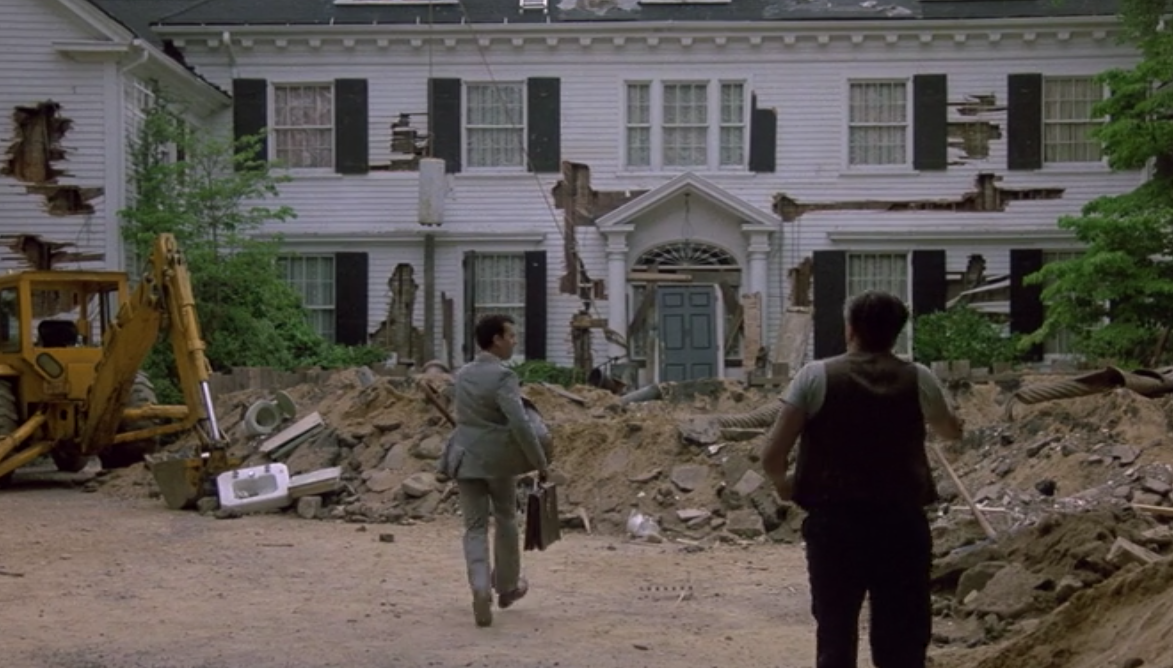 Living through the renovation nearly drives Walter and Anna to splitting up, but after a series of blow-ups and misunderstandings, they end up getting married in front of the finally-fixed-up home. (It's unclear how much they ended up spending on the reno, or where they even got the money, but all's well that ends well.) 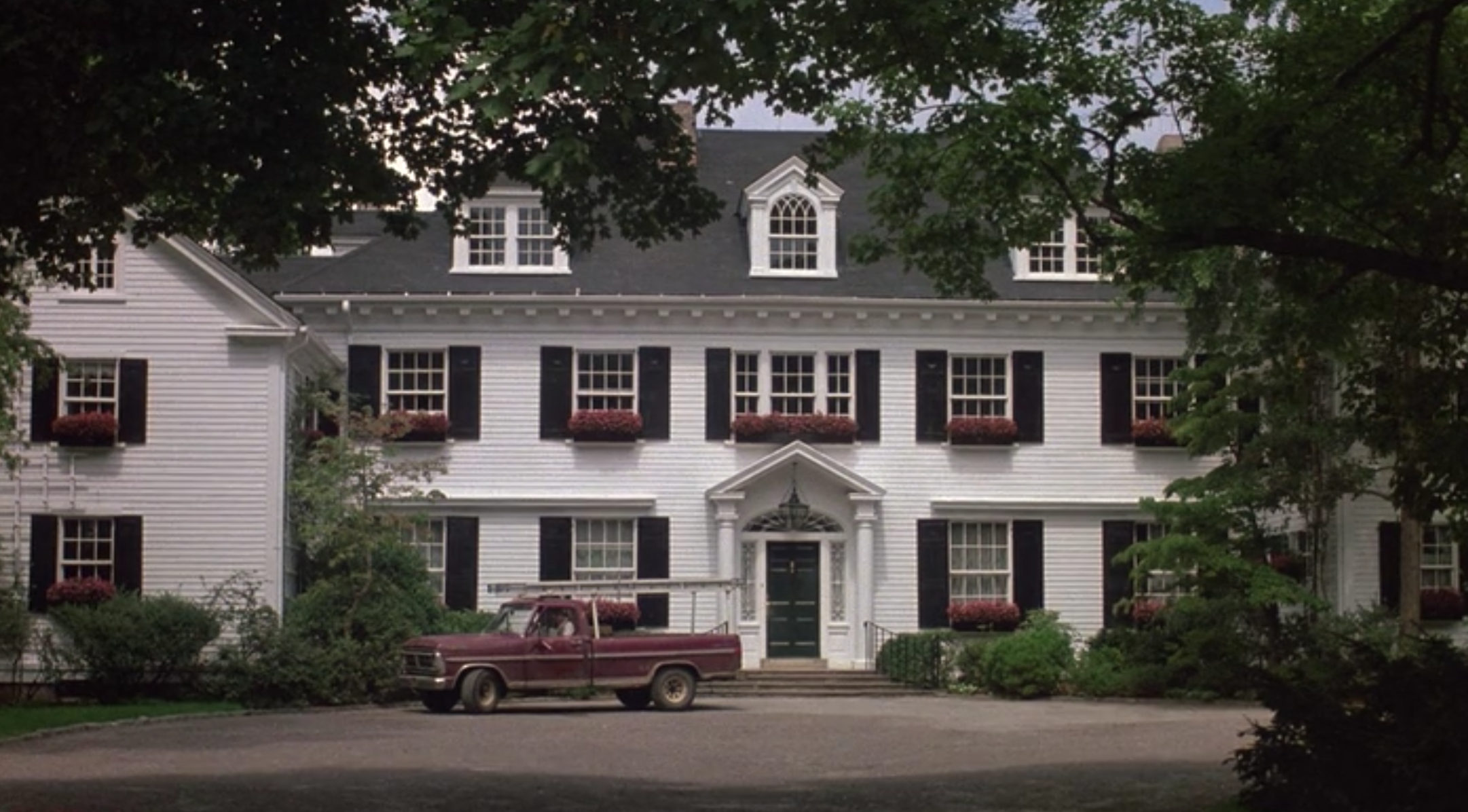 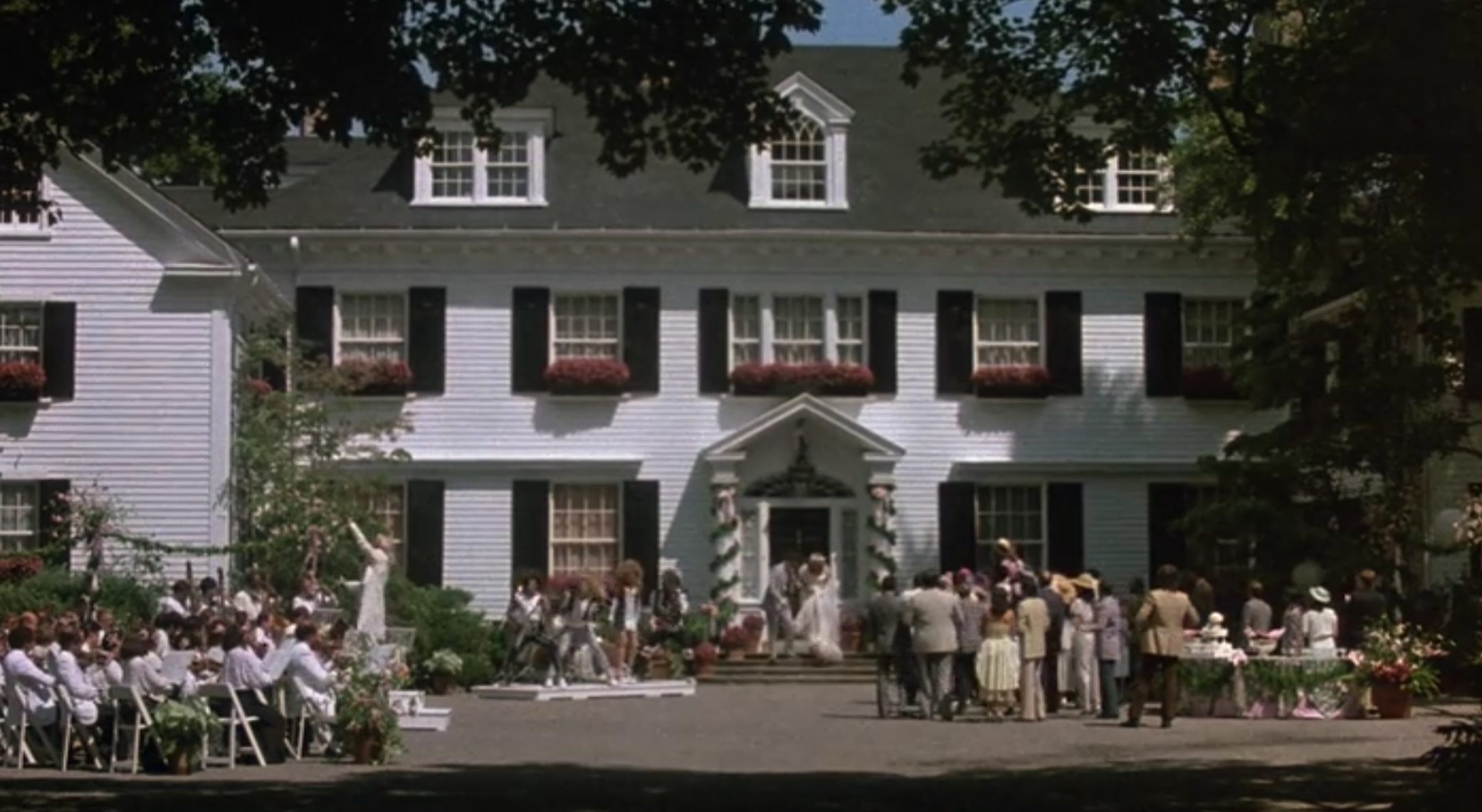 The actual Long Island home where the film was shot has gone through some trials and tribulations of its own. Back in 2014, the New York Times reported that it had been fully renovated and was on the market for $12.5 million, with the owners telling the paper that life had imitated art when they first purchased: "We didn’t realize how bad it was. The house was falling apart when you went from room to room. We definitely could have done the sequel," they told the paper.

Now, however, it seems to be on the market at a significant discount of $6.9 million, so you still have the opportunity to own a piece of movie history—if you dare.

HBO's "Divorce" may be depressing, but it'll at least make you glad you don't live in the suburbs

"Saturday Night Fever" has a love-hate relationship with Bay Ridge

fixer-upper movies Reel Estate suburbs
Brick Underground articles occasionally include the expertise of, or information about, advertising partners when relevant to the story. We will never promote an advertiser's product without making the relationship clear to our readers.
Share:

The virtual co-op board interview may be here to stay

A renovated one bedroom in Tribeca that's priced below the median at $1,195,000