Which "side" of Manhattan is best: far east or far west?

Sure, it may be a long schlep to the subway, but living on the far west (or east) sides have definite benefits. We’re talking river views, serene strolls, and fresh(er) air.

Also, thanks to the Second Avenue Subway's opening, as well as the 7 train extention, the ongoing construction at Hudson Yards, and around the High Line, both waterfront (and near-waterfront) flanks areas are seeing increased interest from renters and buyers.

So, which side’s better? We asked five New Yorkers to sound off on what they consider to be their far side of town.

The far east is serene In a sense, the east side still holds a bit of "Old New York," with its prewar residences (for example, Tudor City, Peter Cooper Village, Stuy Town, etc.) whereas the west side is much more built up with new all-glass high-rise developments. I’d take the far east side any day of the week! –Olivia, Tudor City (pictured below) 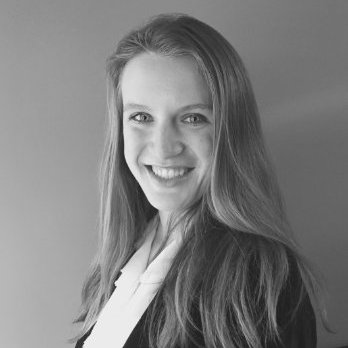 Steer clear of hospitals The far west Side has more of a "still in development" vibe. The new construction with its contemporary architecture, 7-line extension and Hudson Yards all make me think that the west is still coming into its own. The far east side feels old and stodgy to me. Even with the new Second Avenue subway, all I think of are prewar high-rises and hospitals. –Robin, Red Hook

Don’t forget airport access I’d pick the far West Side over the far east Side any day of the week. Yes, the development is hard to live through but eventually it will abate. The proximity to the Hudson is a huge perk and, frankly, the subways on the west side are less crowded than those on the east side, though no doubt the new Second Avenue subway will ease some of that congestion. There’s also the beautifully landscaped bike path on the west side and access to Newark Airport from the west is far superior to public transportation to JFK or LaGuardia from the east. —Melanie, Meatpacking

It’s all about the Hudson I’m a west side man at heart. You can’t beat a stroll on the High Line or an afternoon food adventure through Chelsea Market but, really, it’s all about being as close to the glorious Hudson as humanly possible. –Josh, Carroll Gardens

Palisades pride Hands down I'd rather live on the west side. There's the Cloisters, breathtaking views of the Palisades, the Hudson River, and even a lighthouse. There are plenty of restaurants and things to do and you have easy access to leave the city via the George Washington Bridge or a quick trip to Penn Station and then out of town. What more could you want? –Inés, Washington Heights

Early verdict's in: The Second Avenue subway was worth the wait

Is the 7 train the new L? A report says that Queens may soon see a development boom

Is now the time to buy in the Hudson Yards area?

Hudson Yards Would You Rather?
Brick Underground articles occasionally include the expertise of, or information about, advertising partners when relevant to the story. We will never promote an advertiser's product without making the relationship clear to our readers.
Share:

Need to hold an online shareholder meeting for your NYC building? Here's our best advice

A renovated Sutton Place studio with a separate sleeping area, for $450,000

A two bedroom with prewar details in Stuyvesant Heights, for $2,950