Leak in your apartment? Here's what you can do to take care of it, for good

That includes, she says, filing complaints with the city, sending letters to the landlord, taking pictures of the leaks and repairs, and keeping a log of it all. Ideally, she adds, those with ongoing leaks should keep a spreadsheet with the dates of incidents, what happened, and how management responded.

If after following up with the management company your issue still isn't being addressed, then you call the city, she says.

Insider tip: "When you call 311, they give you a reference number. Save it and use that to follow up."

If you've done both of these things and still nothing's happening, then you might want to bring an HP proceeding against the landlord in housing court, which forces the landlord to fix the problem or be fined (much more on this below). But remember: the fines go to the city and not to you. Also note that you don't have to hire a lawyer for this, as there are court clerks who can handle your case.

You can even withhold rent in some cases, but Itkowitz suggests keeping any of that money escrow. This shows the court you have the money to pay rent and they you're not just trying to get out of your bills. Plus, it helps to be prepared if you're forced to pony up what you've withheld. If your apartment is rent stabilized, you can also reach out to the Division of Housing and Community Renewal to file a reduction in services complaint, which may allow you to get your rent reduced while the problem remains.

"It’s going to take time and work," Itkowitz says. "Squeaky wheels get the most grease. If you establish yourself as that tenant who sticks up for their rights, it might be good for you, though some people aren't comfortable doing that."

Now, depending on the type of water damage, you may or may not be covered by renter's insurance. Water damage is usually covered if it's caused by a one-time pipe burst, according to Jeff Schneider of Gotham Brokerage, a Brick Underground sponsor.

"If something is happening repeatedly, it tends not to be covered," he says. As such, Schneider suggests staying away from the word "leak" when reaching out to your insurance company, since it'll imply that it's an ongoing issue. If you call your insurance company and say that there's water damage, they'll likely come to investigate the issue, he says.

If you're covered, so is everything that was damaged as a result (computers and other electronics, for example).

Beyond that general advice, here are three scenarios from real Brick readers, and tips on what they should do:

1. A hole in the ceiling, and no help from the management company.

PROBLEM: "It started as a few drips from the ceiling of our basement. That eventually turned into the ceiling sagging down, creating an opening with water flowing more freely. There's now a hole cut out of the ceiling, with running water pouring out when my neighbor takes a shower. The property management company has had it 'repaired' twice. Both times the repairmen caulked our neighbors’ tub, patched the soggy ceiling, and painted over the mold.

"The leak is the result of a busted pipe in the ceiling (per the only licensed plumber they ever sent, after a year and two failed repairs). The plumber is also the person who cut the hole in our ceiling in order to diagnose properly.

"There's no super for our building. Our old super disappeared about five months after we moved in. We have to literally harass the property management company before they'll eventually send a random employee from a company called Mr. Super. It's always someone different who has no understanding of the issue or repair history. No progress is ever made. We've probably had around 12 people come look at the leak at this point.

"We've filed a complaint with the city that resulted in the actual building owner showing up at the apartment one day to see what was happening. Still not fixed."

SOLUTION: First off, Schneider says because of the burst pipe, this is probably something that's covered by renter's insurance.

Additionally, Steve Wagner, an attorney with Wagner Berkow, a Brick Underground sponsor, says this is likely a case for an HP proceeding.

"An HP proceeding is very effective in resolving these kinds of issues," he says. "There’s two issues here: first, why isn’t there a super for the building? If a building has nine or more units, it's required to have either a live-in super or a super living within 200 feet. That’s number one."

Number two is the fact that, by law, all tenants have a warranty of habitability, which is the requirement that your landlord keep your apartment at a basic level of livable. As your case stands now, your landlord is not complying with this.

Wagner says that at the first court appearance (which you should be able to get rather quickly), or even before that, an inspector will be called in to your apartment. If the inspector sees that there is a need for repairs, the city will insist that the owner pay to fix it. Depending on how serious the violation—they're graded on a scale of A to C, C being the most serious—the landlord will have to either do the repairs immediately, have 30 days to repair it, or have 90 days to repair it. Fines for C violations can be as high as $250 a day for the landlord.

You may want to withhold rent, but be forewarned that if you do, the landlord will sue you in housing court. You may very well win, but you can get placed on the dreaded tenant blacklist as a result. 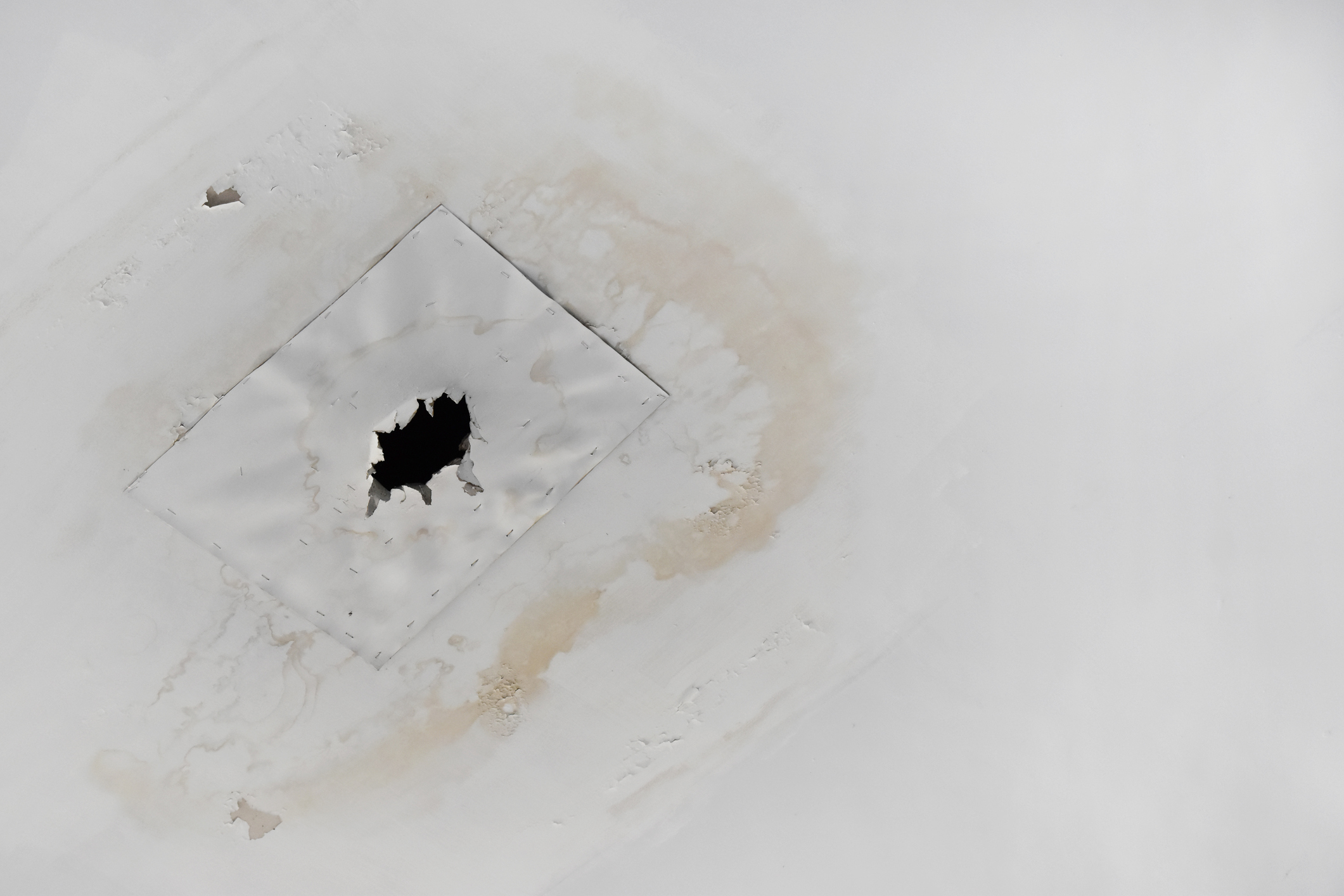 2. A co-op renter sees a leak, and smells burning

Problem: "I rent a co-op apartment in Queens with my friend (who owns the apartment we're in). The other day, I noticed a piece of paint in my shower tub, and looked up to see that there was bubbles in the ceiling from moisture with paint peeling. The bubbles/peeling had spread, and when I got home at night, I went to turn on the bathroom lights but nothing happened.

"l looked at the outlet and switch and it looked/smelled burnt. I’ve called the emergency line the property has, and the woman took my info and said she would notify someone, but they haven't gotten back to me yet."

Solution: Bonnie Berkow, of Wagner Berkow, says the part about the burning smell is worrying. She'd suggest you call the Fire Department or the Buildings Department. You can call 311 and be directed to either.

This case, too, could warrant an HP proceeding, but it's probably up to the co-op to deal with.

"Generally speaking, under a co-op's proprietary rules, they have to fix whatever's behind the walls," Wagner says. "Often in these cases, the 'owner of the building' is responsible, which can mean the co-op itself or the managing agent. It could even be the principals. You have to look at the co-op bylaws, because the definition can be broad."

If there's a sense that the co-op was negligent in their plumbing, or that for some reason something they did or didn't do is what is causing this, chances are the co-op is going to have to fix the problem, according to Wagner.

"My experience with the courts is that regardless of what governing documents say, if negligence is involved, the court will find whoever was negligent responsible," he says.

Thanks to New York City's warranty of habitability, your landlord/roommate doesn't have to pay maintenance until it's fixed, according to Wagner. 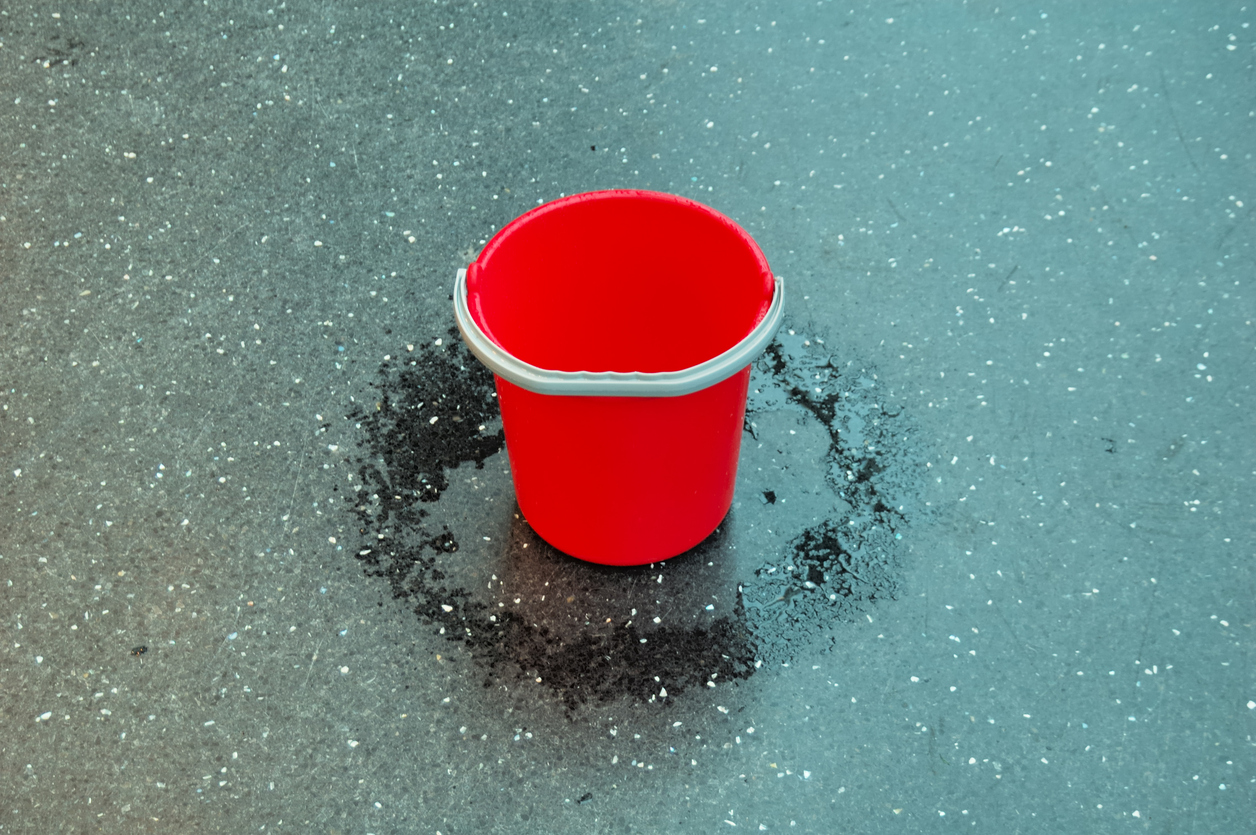 Problem: "There’s a section of my living room that keeps getting water damage from upstairs. The building management is great, and they keep fixing it, but lo and behold it keeps happening and I’m afraid it’s going to do permanent damage to my furniture. Rent-stabilized apartment."

Solution: In this case, your best bet is to send a letter via certified mail to the landlord, Wagner says.

But make sure you're offering access to the landlord.

"If you don’t let landlord in to fix it, you're not going to get a rent abatement for warranty of habitability," Wagner says.

Note that the apartment doesn't have to be totally uninhabitable for you to get a rent break through DHCR until it's fixed.

"You can sometimes get one even for paint peeling," Wagner says.

In this case, if it's still not fixed, he suggest hiring a lawyer.

"What the court will do is find out how much of the apartment was affected and what percentage of rent you're owed," he says.

4 common brownstone leaks—and how we (mostly) fixed them
If I had to move out of my co-op due to leaks, will management cover my hotel bills?
A pipe leaks and damages a neighbor's co-op. Who pays?

leaks
Brick Underground articles occasionally include the expertise of, or information about, advertising partners when relevant to the story. We will never promote an advertiser's product without making the relationship clear to our readers.
Share:

Want to raise a dropped ceiling and remove recessed lighting in your NYC apartment? Here's what you need to know

Relief for condos and co-ops, looking past the eviction ban, & more