The four-bedroom house was built in 1798, and has modern kitchen appliances.

Hyde Park, New York, is nestled along a scenic stretch of the Hudson River, and notably home to the Springwood estate, where Franklin Delano Roosevelt was born, raised, and eventually buried. It also has the Culinary Institute of America, a vibrant brewery and restaurant scene, the Poughkeepsie Yacht Club, the Vanderbilt Mansion National Historic Site, and many other beautiful houses, all just five miles from the small city of Poughkeepsie and a two-hour drive from New York City.

If you're in the market for an upstate house, have some money to spend, and that sounds appealing to you, consider this four-bedroom, four-bath Colonial which was built way back in 1798. It has high-end, modern kitchen appliances and is listed for $999,500.

The property has a two-car garage and a long, private driveway to insulate you from the outside world. 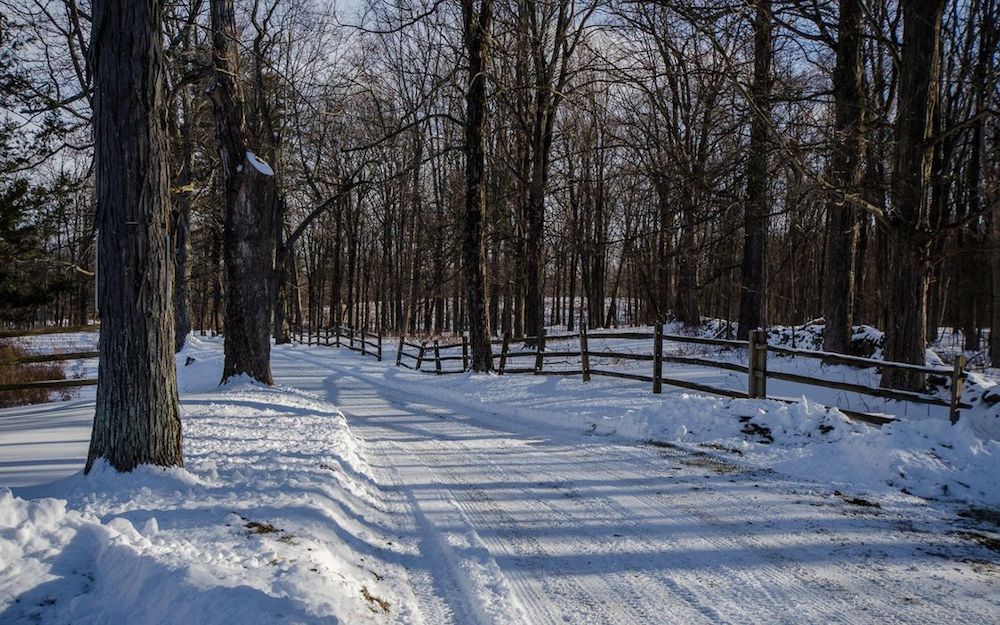 Upon entry, you're greeted by a the stairs and a glimpse of the light-filled sun room. 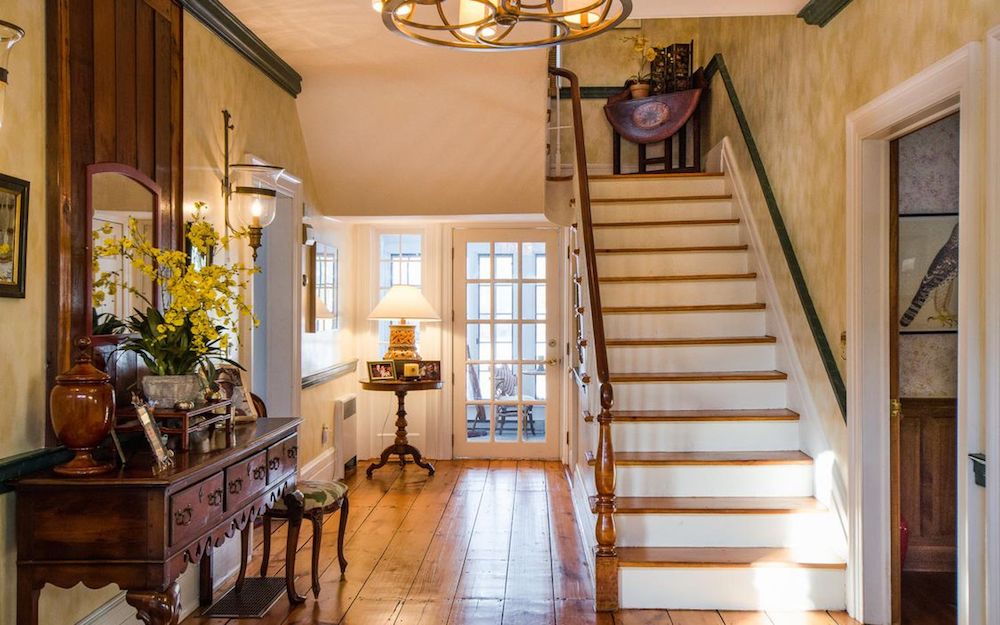 There are several spacious living areas, as well as four grand fireplaces. 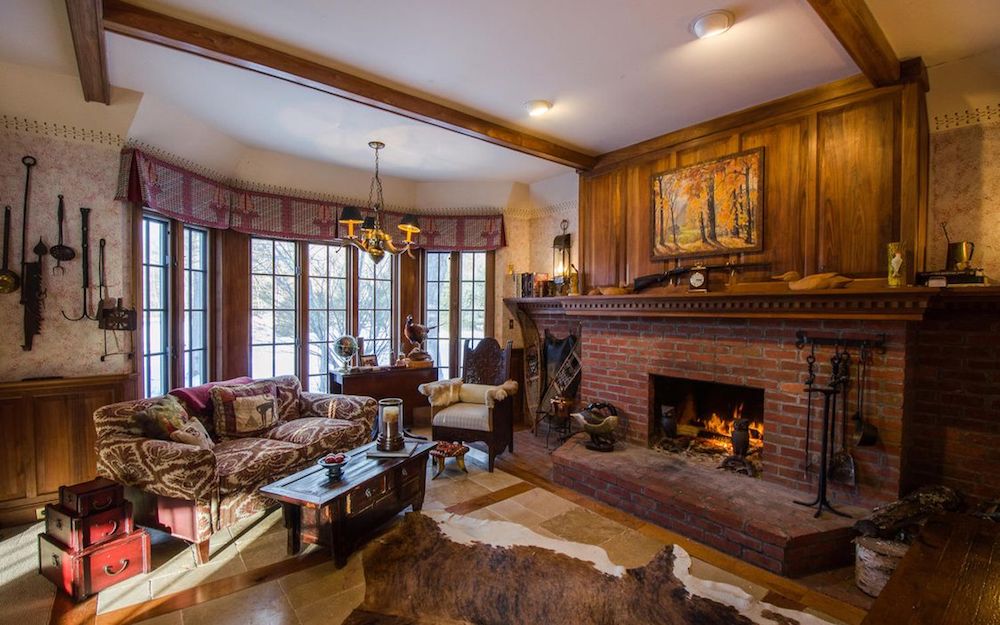 There is a wet bar with a wine fridge. 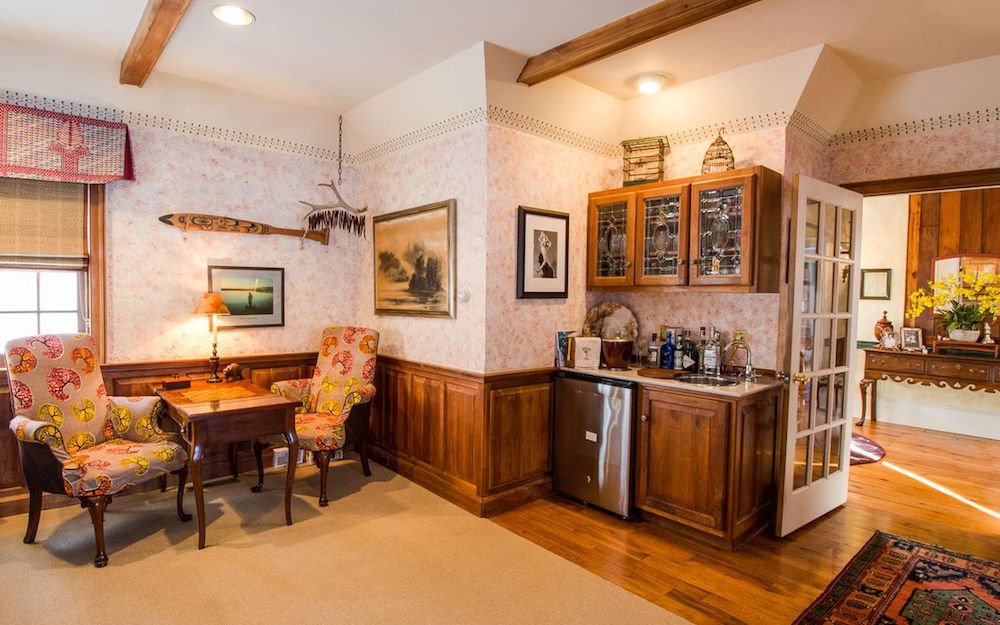 The forest green paint in this living room gives it a country feel. 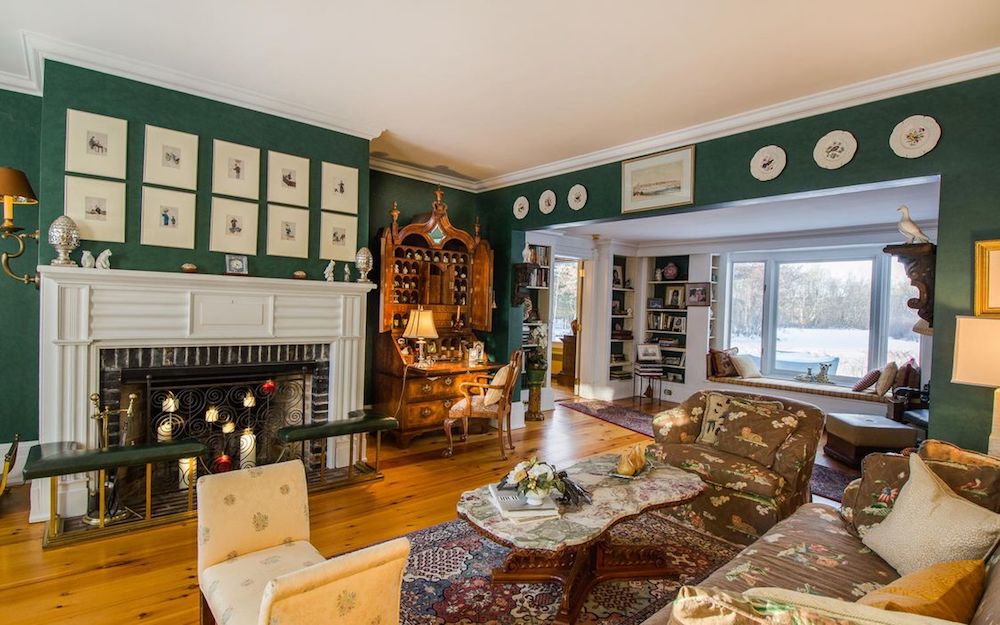 The solarium offers views of a spring pond and small waterfalls. 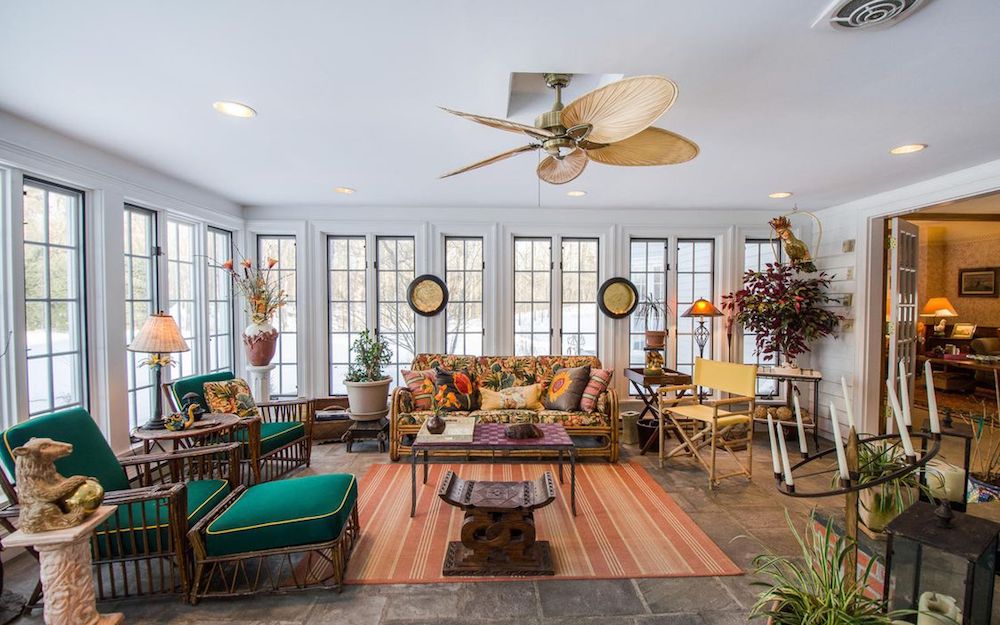 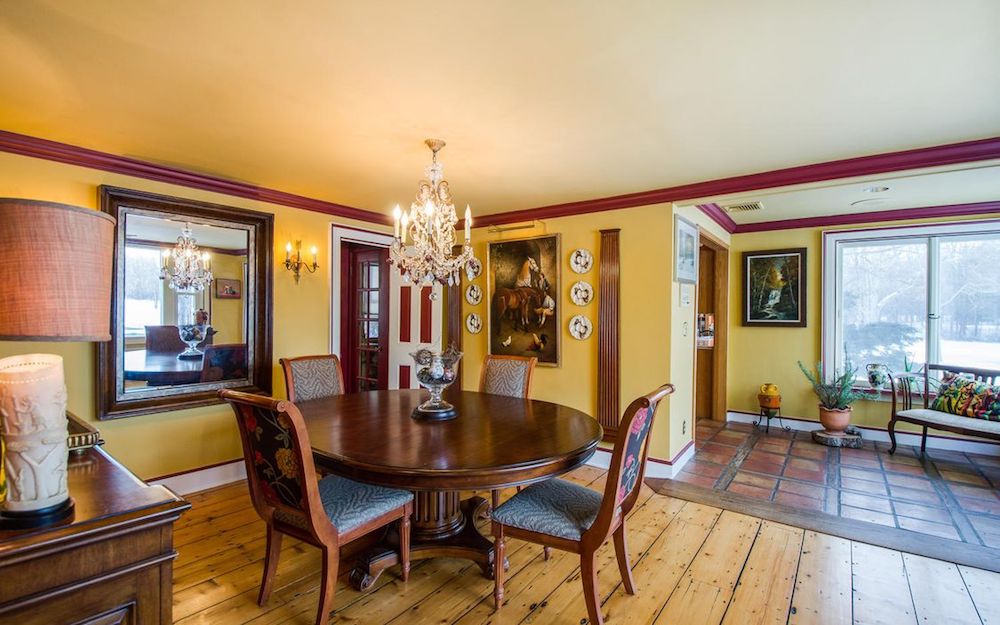 The kitchen has been outfitted with a Sub-Zero fridge and a Garland oven. 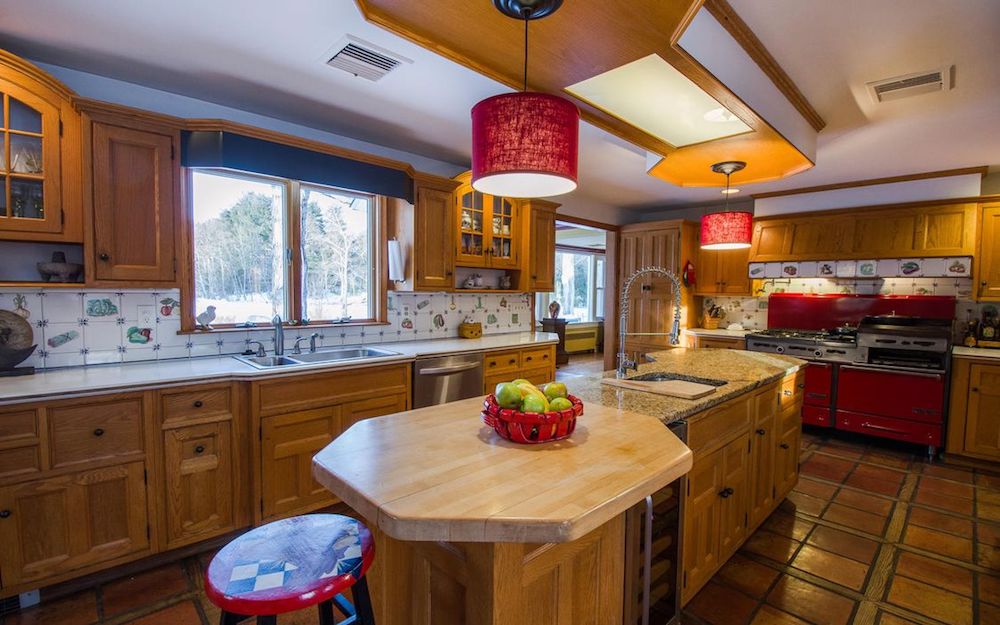 And there's a connected dining area, with a window seat. 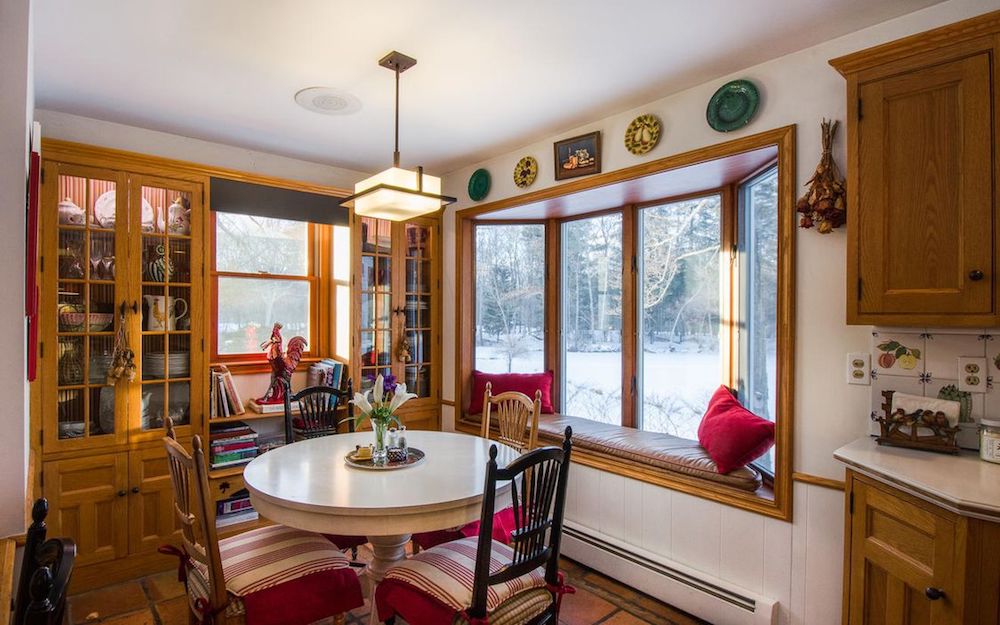 The master bedroom has bay windows, a fireplace, and a sitting area. 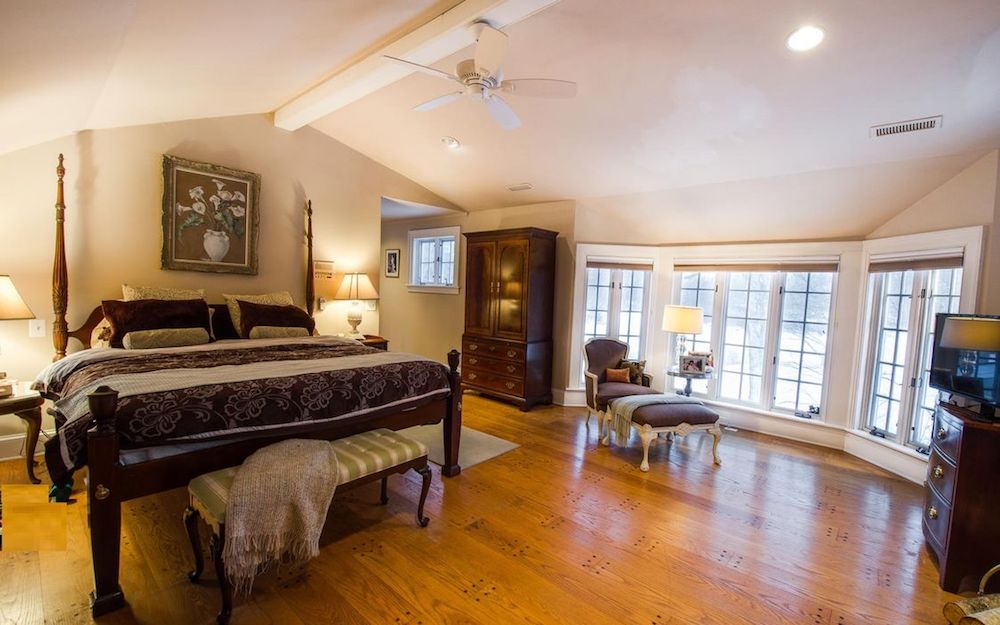 It also has a marble bathroom with double sinks. 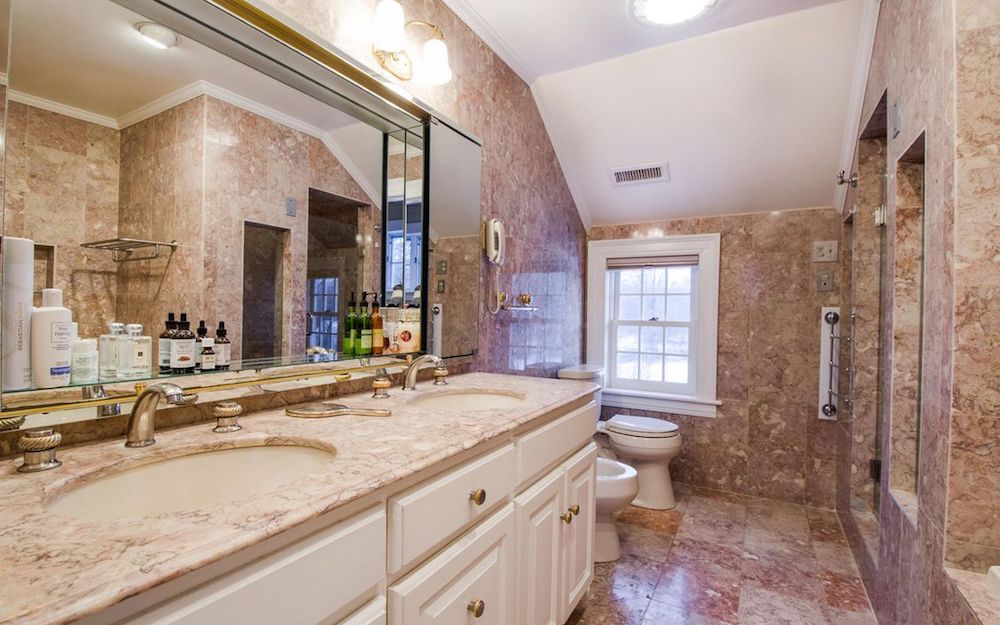 Another bedroom has a dormer ceiling and a fireplace. 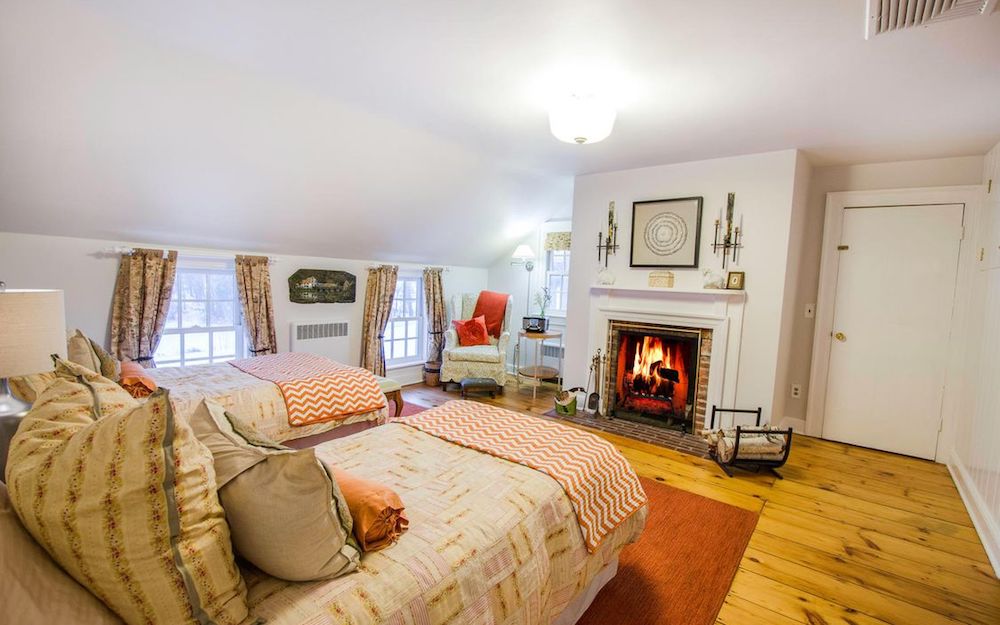 The attic is finished and offers additional sleeping space—and a place to store cowboy boots and hats. 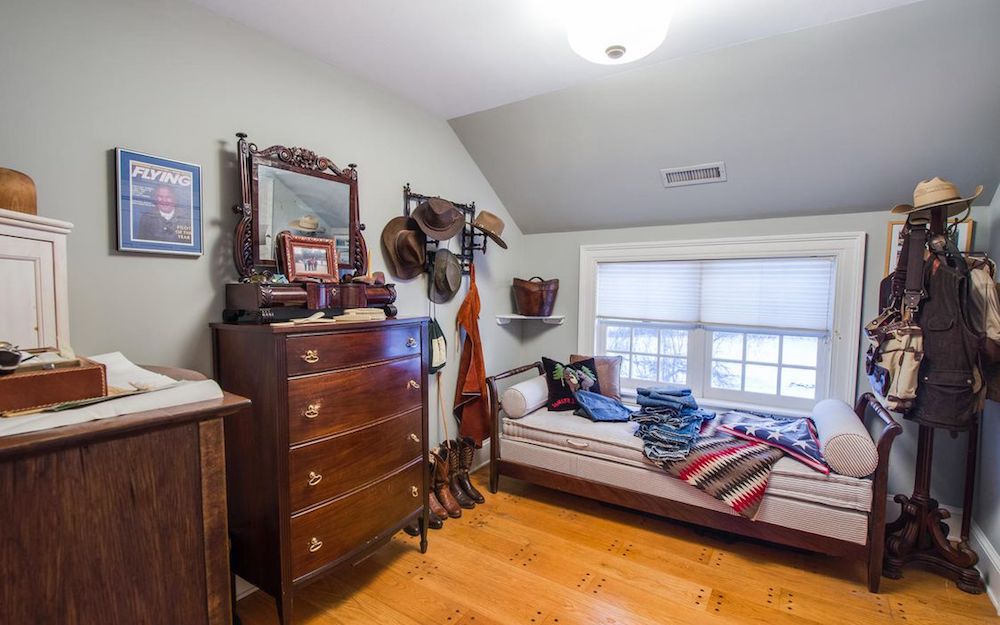 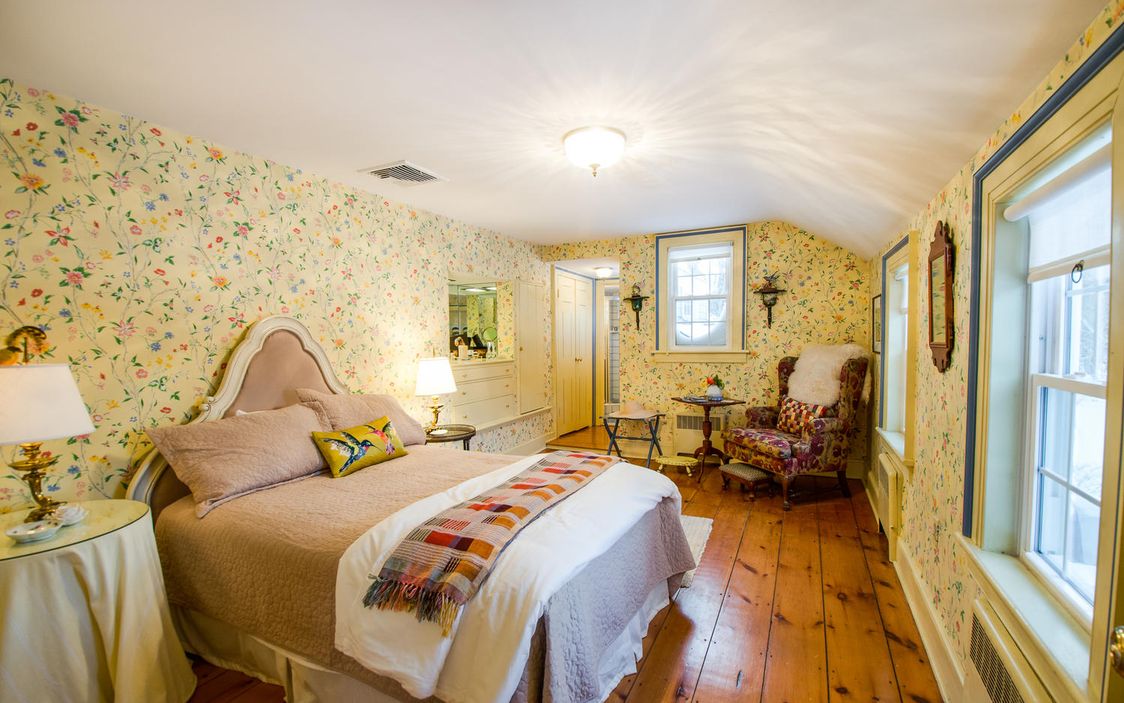 It's a pretty drive up on the Taconic State Parkway. You can also take Metro-North to Poughkeepsie and rent a car.

If you visit, be sure to check out the Franklin D. Roosevelt Presidential Library and Museum. A new $6 million permanent exhibit was recently installed, featuring artifacts from the Roosevelt era. Another exhibit, "The Art of War," displaying American poster art, goes up April 21st to December 31st.

Escape from New York: 6 of our favorite movies set in non-Hamptons vacation spots

Escape pick of the week house Upstate New York vacation home
Brick Underground articles occasionally include the expertise of, or information about, advertising partners when relevant to the story. We will never promote an advertiser's product without making the relationship clear to our readers.
Share:

Should you renovate or sell in a down market? Here are the questions to ask

How to add a second, full bath to an UWS junior four apartment

From UWS to UES: Exchanging brownstones for high-rises, and embracing life as a family of renters