The six-bedroom house has been updated but has many original details.

Civil War General George Armstrong Custer famously died on the battlefield at the Battle of the Little Bighorn in 1876, as he and the men under his command attempted to push Native Americans in present-day Montana even further off their land. Custer's Last Stand is the stuff of (controversial) legend.

In contrast, his widow, Elizabeth "Libbie" Custer, lived out the rest of her days in less dramatic fashion in Bronxville, New York, a village in Westchester about 15 miles north of Midtown Manhattan.

Custer was friends with Sarah Lawrence, namesake of Bronxville's Sarah Lawrence College. Her husband, William Lawrence, urged Custer to build a house at 20 Park Ave. in Bronxville's well-heeled Lawrence Park. That house (her first of two in the area) was built in 1894 by architect William Bates, who later became famous for designing many affluent properties in Bronxville. He designed Custer's with her husband's frontier background in mind, adding dramatic turrets and a mix of shingle and stone for a striking effect.

Custer lived at 20 Park Ave. until 1902, when she commissioned a second house at 6 Chestnut Ave. She made a career for herself writing about her husband's battles (notably amplifying them to augment his legacy, as historians later determined) and died in 1933. And over a century after she left 20 Park Ave., it is now on the market for $3,350,000.

Much of the Victorian-style house has been updated with modern amenities, but period touches like fireplaces, glass windows, and stone walls have been retained. Take, for instance, this lovely library, featuring a wagon-wheel chandelier, wood paneling, and a charming fireplace. 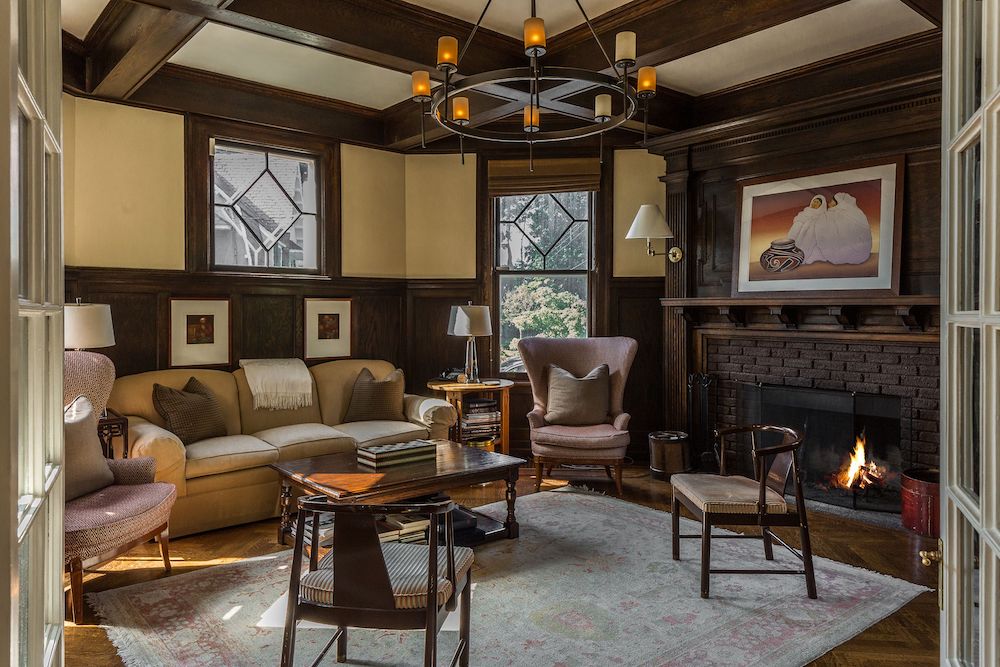 There's also a light-filled living room with big windows and lots of room for entertaining. 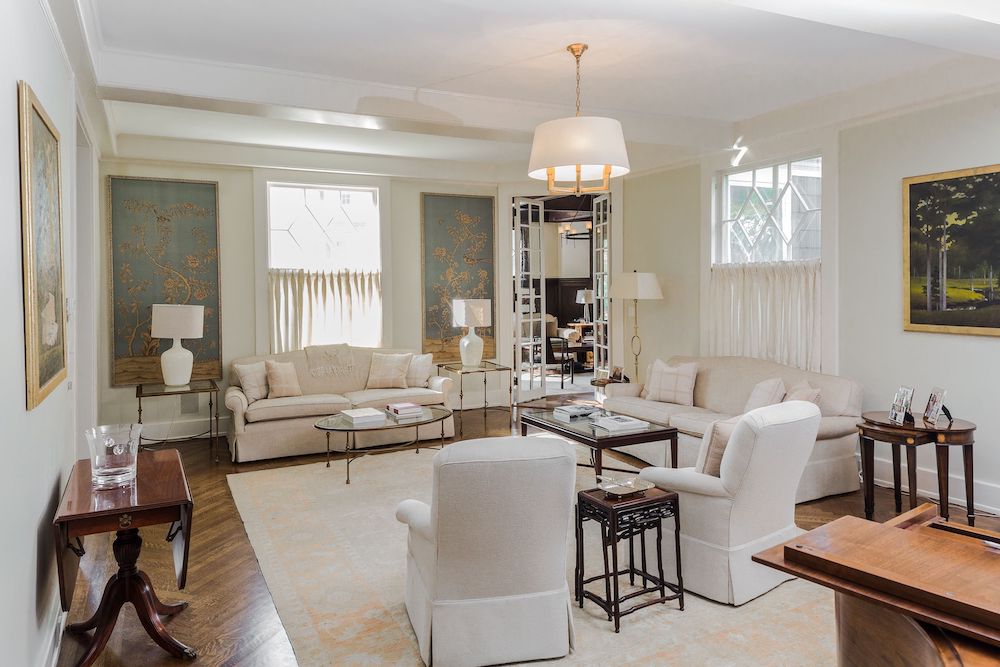 And a detailed fireplace bay off the living room. 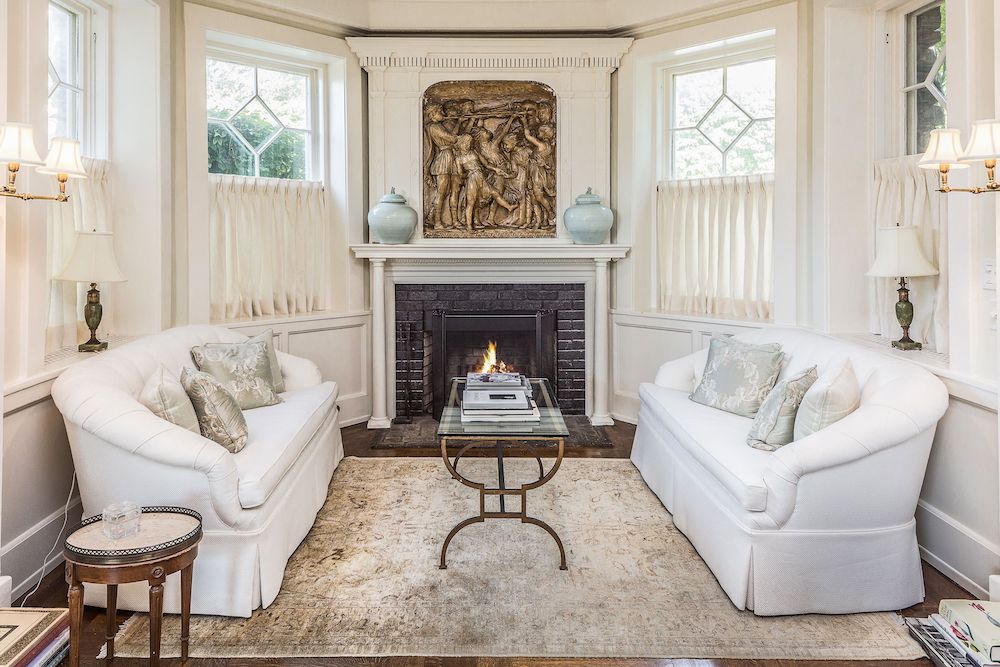 There are French doors leading to the dining room. 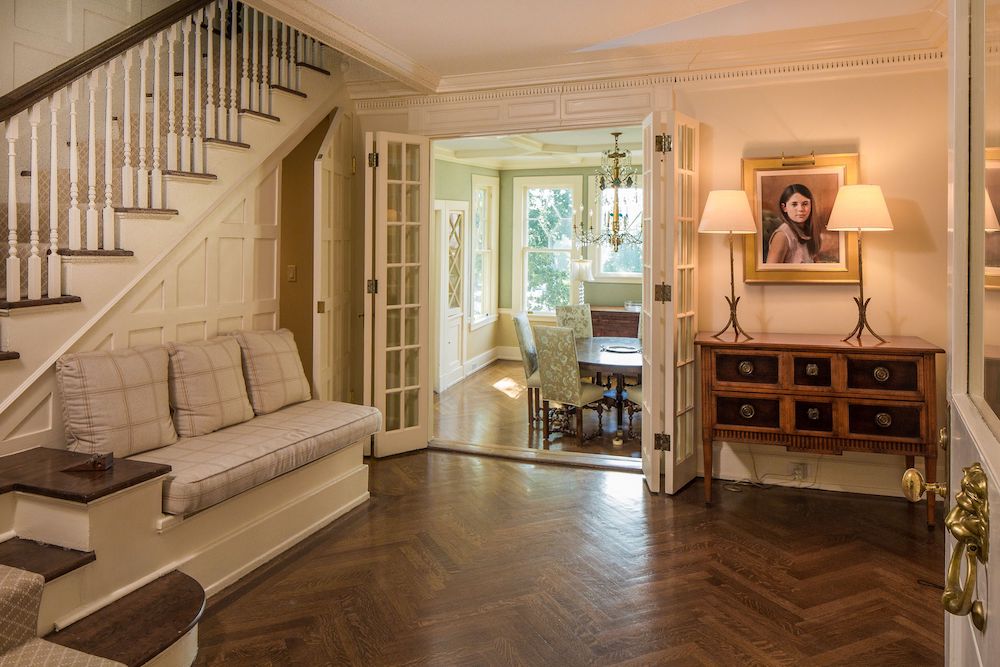 The formal dining room has big windows, an elegant chandelier, and some nice detailing on the ceiling. 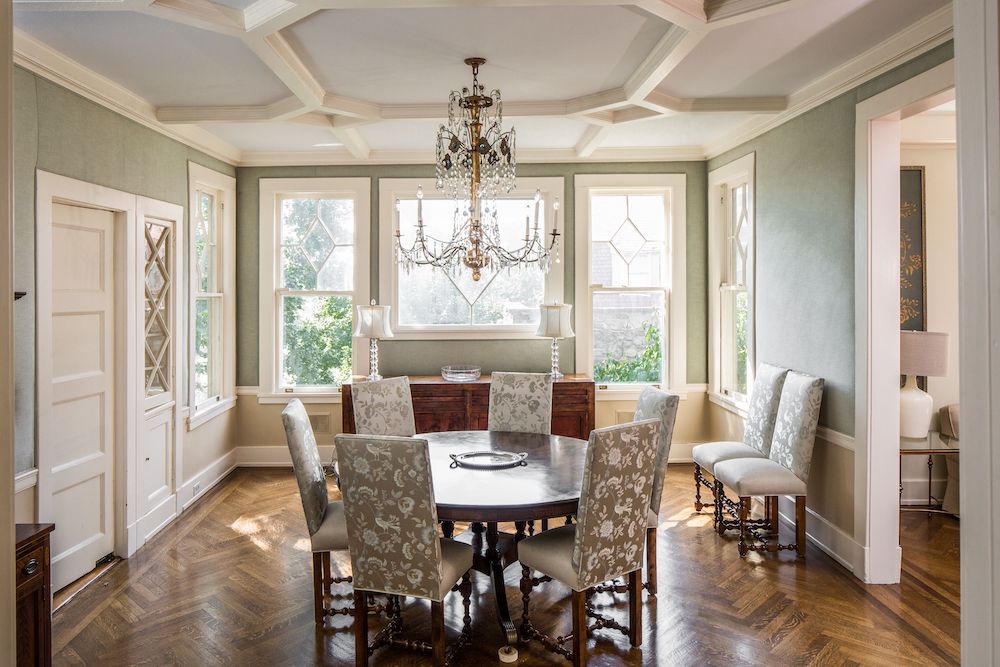 The modern kitchen has stainless steel appliances and a center island. 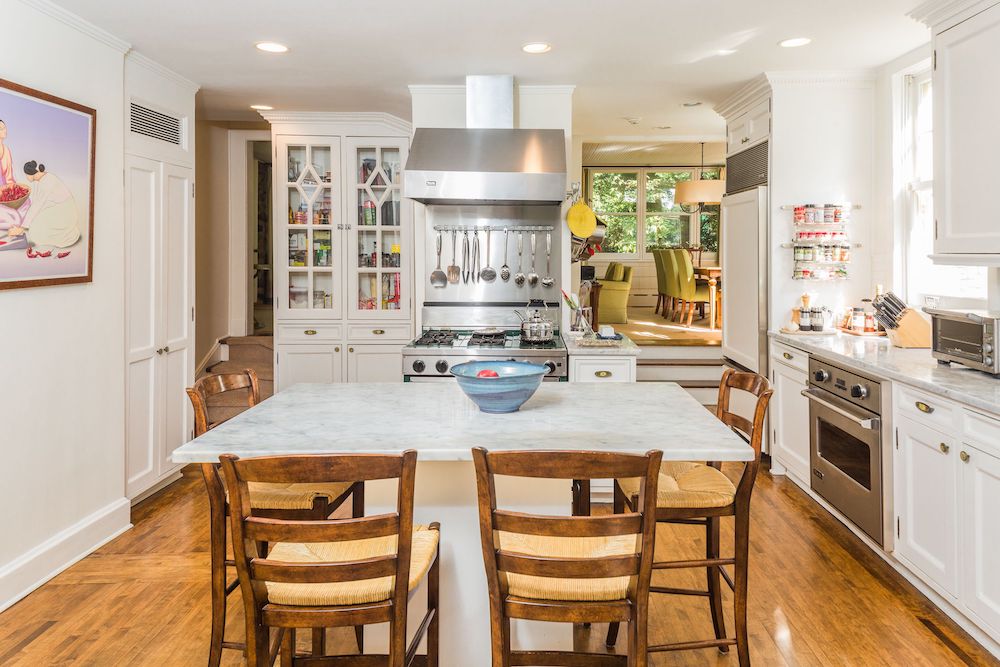 There's also a second area for dining just outside the kitchen, in addition to a spacious family room with stone detailing. 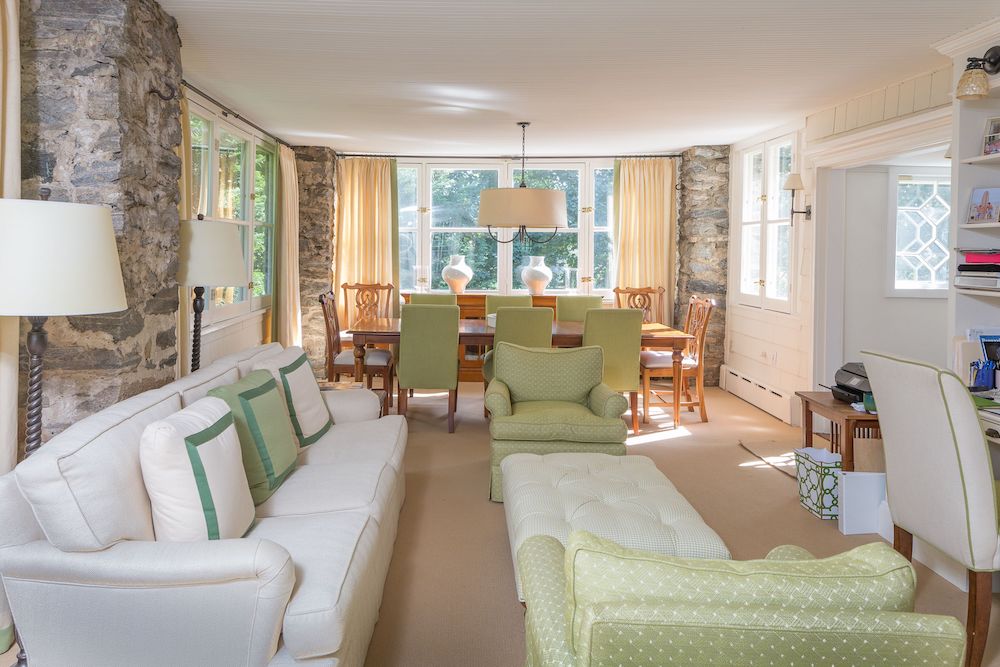 On the second floor, the master bath has a handsome marble tub, a standing shower, and his-and-hers sinks. 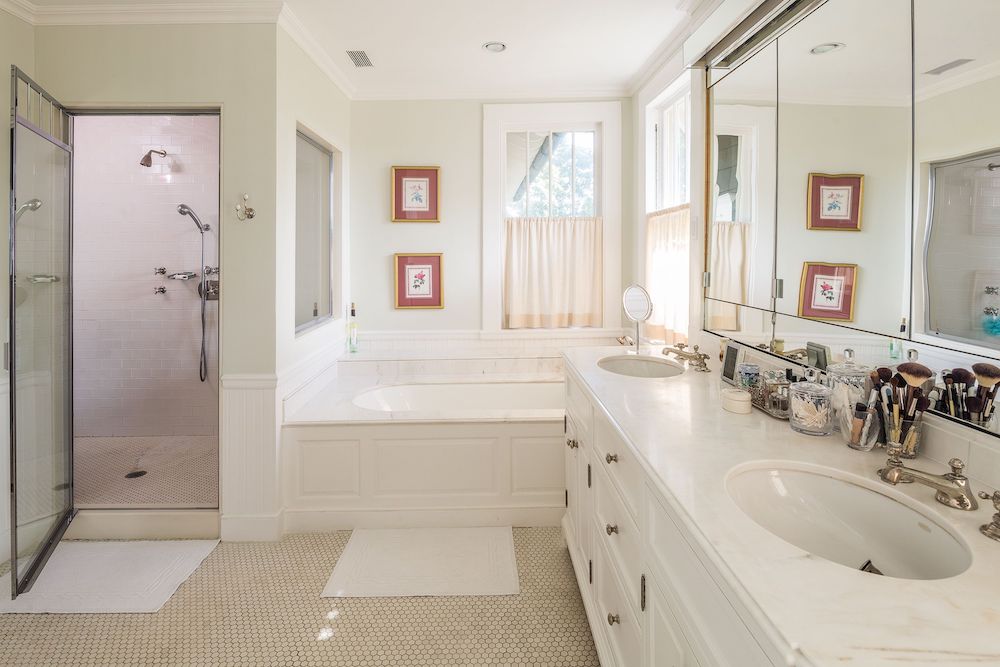 The sunny master bedroom has high ceilings and a gas fireplace. 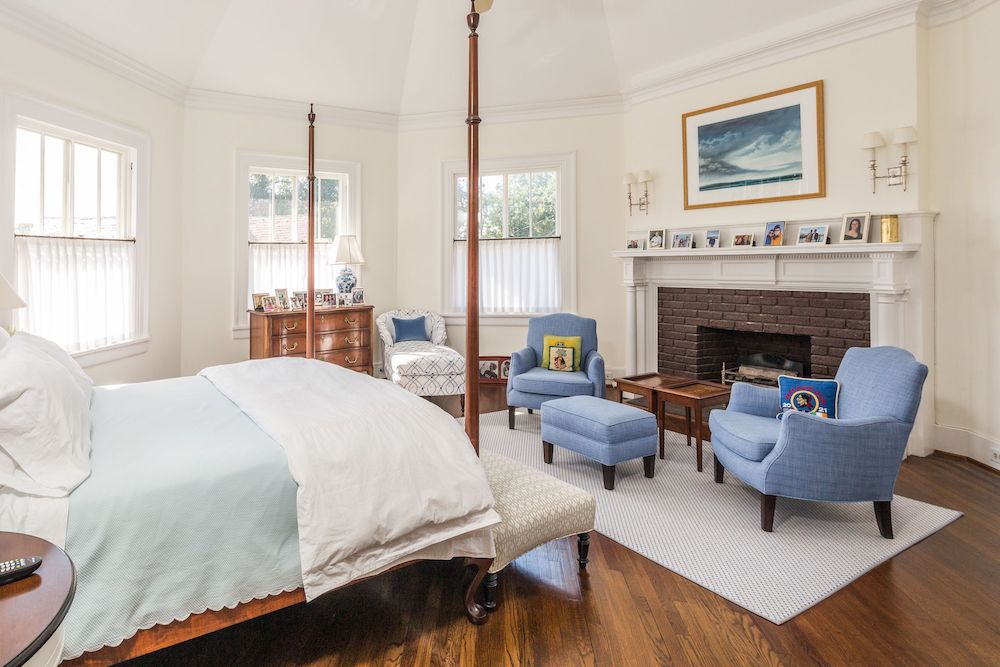 In addition to a custom dressing room with a sink. 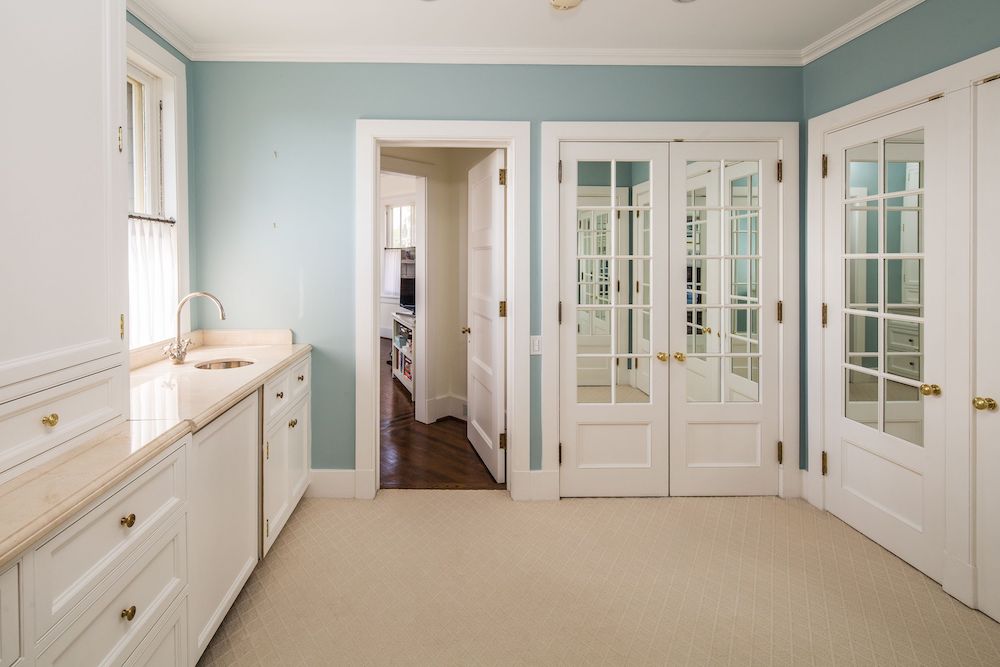 There are three more bedrooms and two baths on the second floor, in addition to two bedrooms on the third level. It's unclear where this bedroom is located, but it has a lot of nice light. 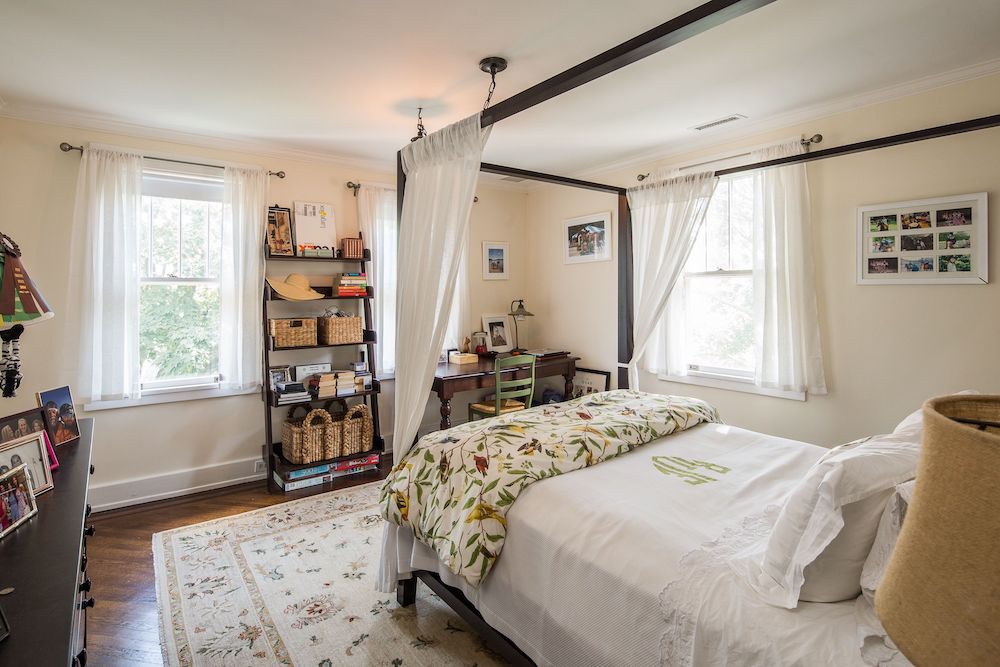 This bedroom, likely located in a turret, has fun wood detailing, shutters, and a fireplace. 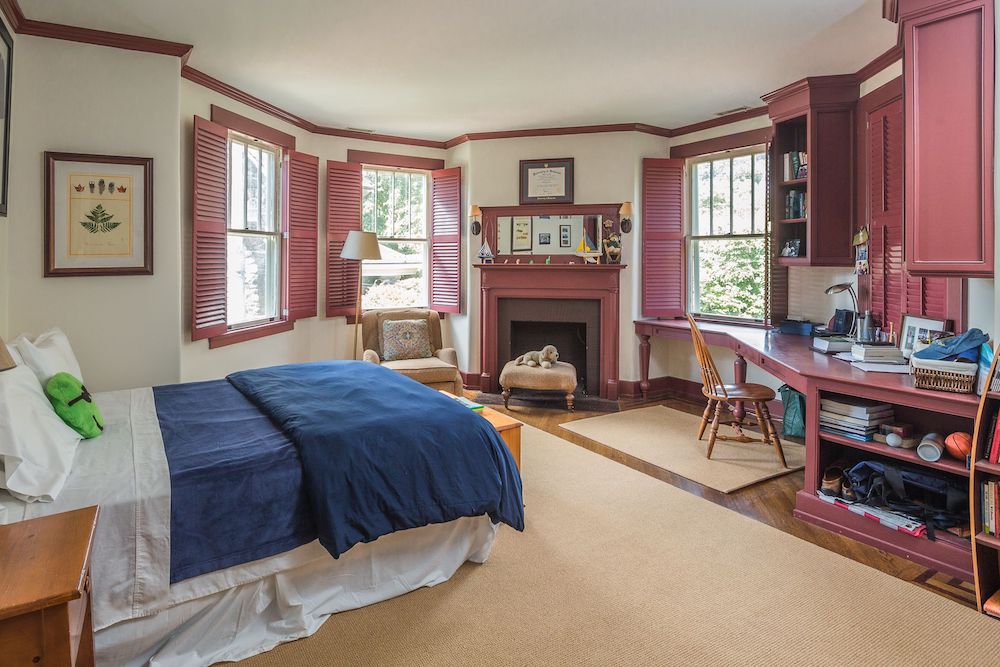 In the basement, there's a playroom and exercise room. 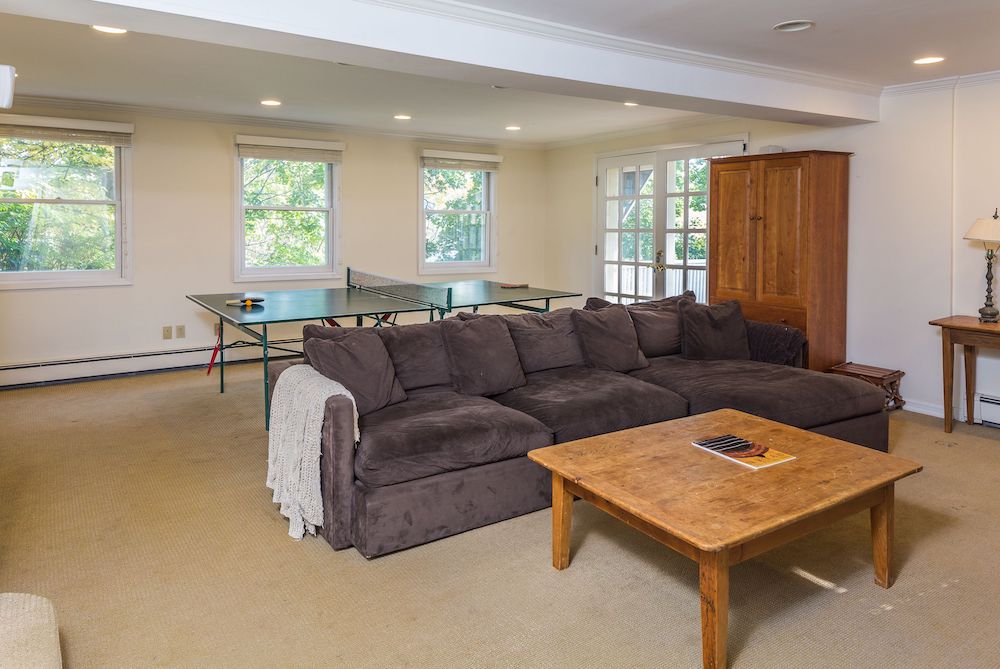 There's also an outdoor deck, with lots of room for dining. 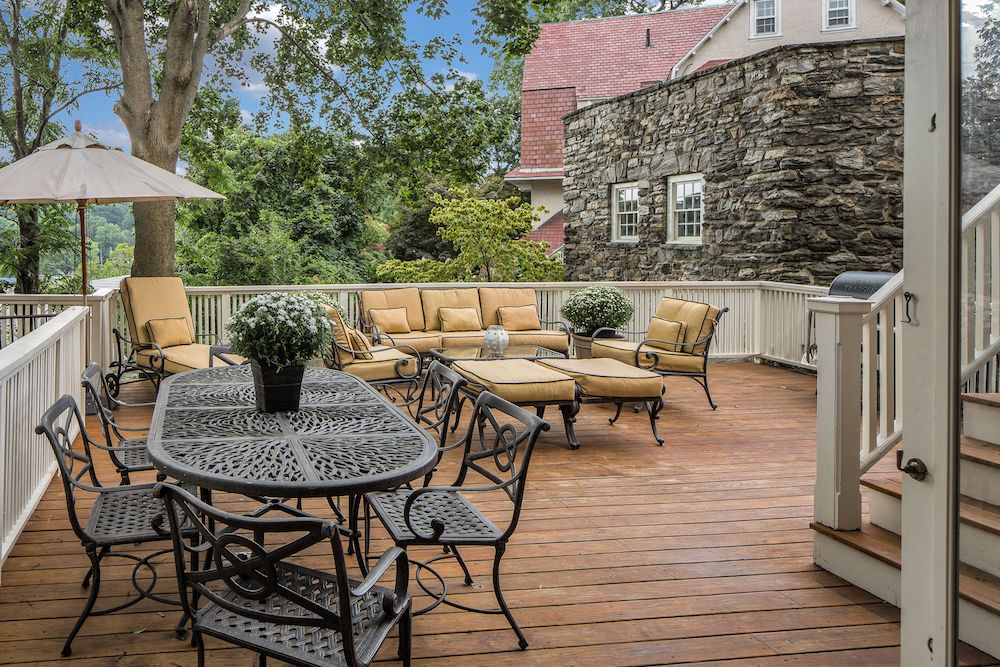 Other highlights include a basement area with room for wine storage, and a laundry room. The house is about a 25-minute drive from Manhattan, or you can take Metro-North's Harlem line to Bronxville and walk eight minutes to the property.

A sunny year-round cottage on Block Island, which is protected from over-development, for $895,000

history house
Brick Underground articles occasionally include the expertise of, or information about, advertising partners when relevant to the story. We will never promote an advertiser's product without making the relationship clear to our readers.
Share:

Should I put off buying a NYC apartment during the coronavirus pandemic?

Is my landlord legally required to fix my windows?