An Amagansett beach house for $1,995,000, to appeal to your modernist sensibility

Tragically speaking, summer is about halfway through, but if you want to spend the entirety of the season next year in the Hamptons sun, consider this lovely four-bedroom, three-and-a-half-bath modern house at 6 Scrimshaw Lane in Amagansett, now on the market for $1,995,000.

Amagansett, a hamlet in East Hampton that dates all the way back to 1680, isn't as hoity-toity as some of its Hamptons neighbors, nor as hip (and overcrowded) as nearby Montauk. The beaches are, of course, a big draw, with favorites like Indian Wells and Atlantic Beach. There's also plenty of great food, like Mexican eatery La Fondita, the Clam Bar, and the Lobster Roll Restaurant (also nicknamed "Lunch," for obvious reasons). Beyond the beach and seafood, there's the Pollock-Krasner House and Study Center for fans of Jackson Pollock, biking and hiking trails, and lots of gorgeous, high-end beach homes, though at a $2,995,000 median listing price, you'll have to have plenty of cash to get one.

This particular house was built in 1982 and comprises 2,742 square feet. The modernist touches are particularly compelling, like the open dining/living room with a dramatic stairs and balcony. 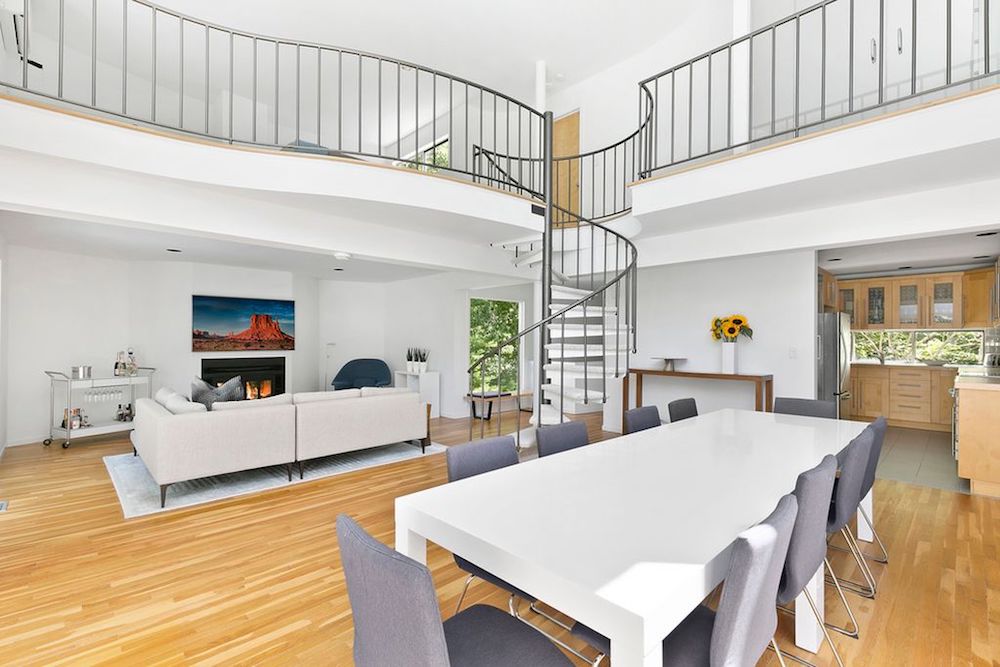 Here's a closer look at the living room, which is surrounded by big picture windows and is outfitted with a fireplace. 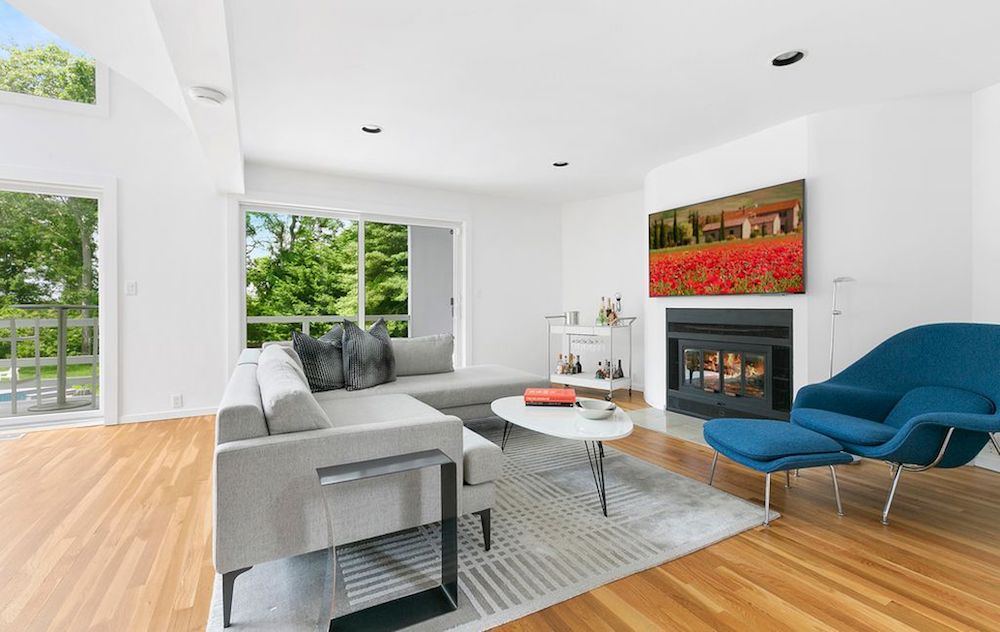 The dining area is similarly light-filled and features a double-height ceiling. 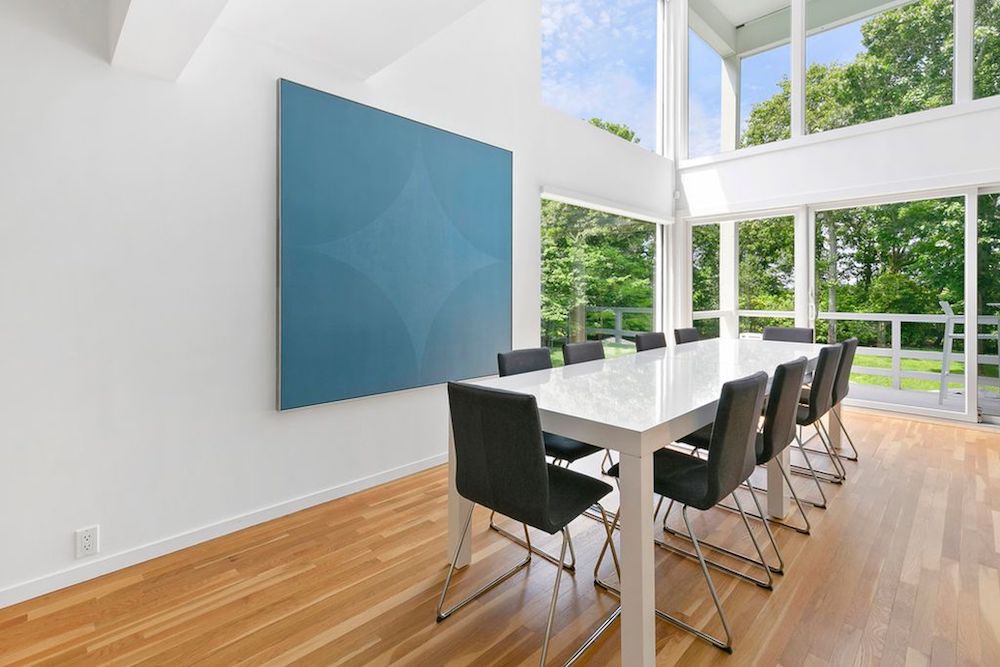 The cook's kitchen is stocked with top-of-the-line stainless steel appliances. It has plenty of counter space, too. 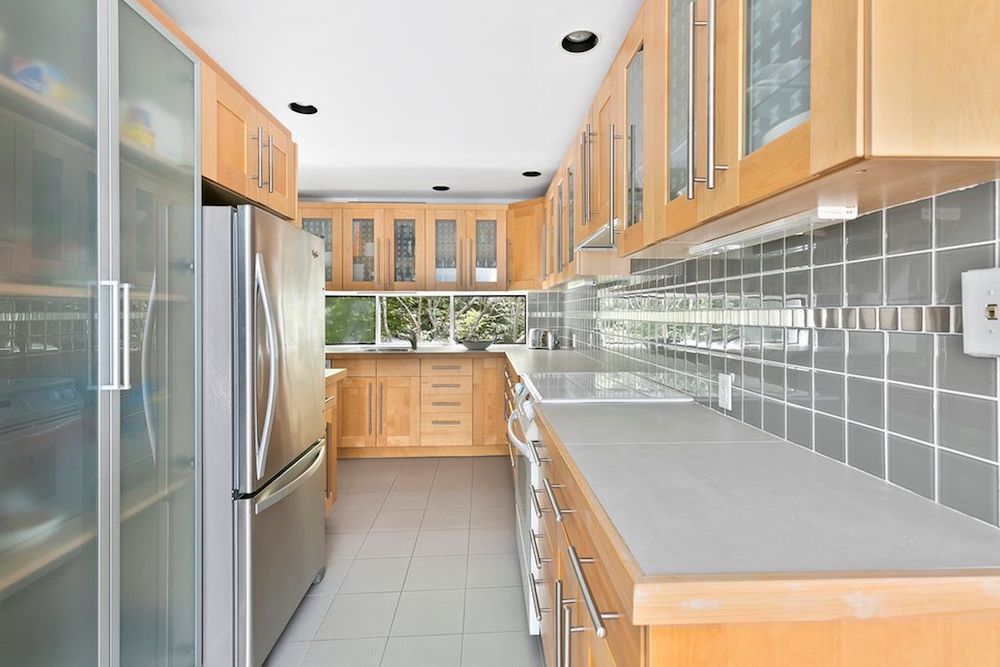 The master bedroom is located downstairs, and leads out to the pool. 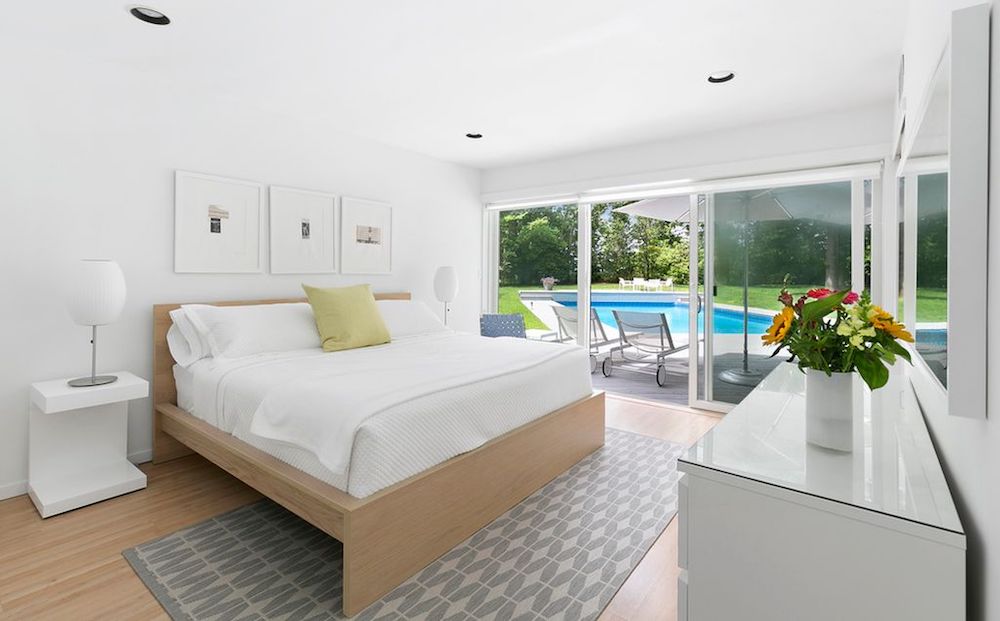 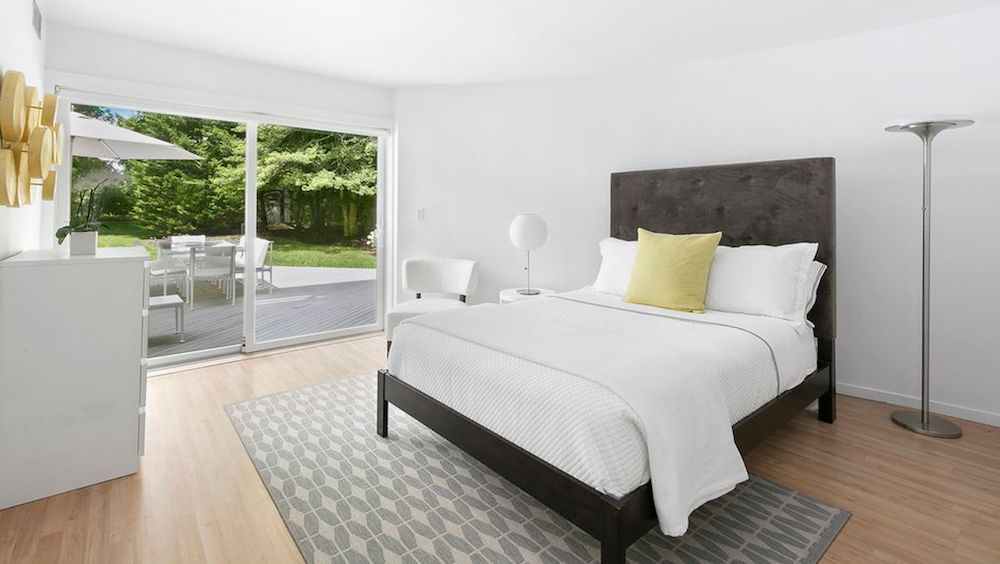 And a third leading out to the lawn. 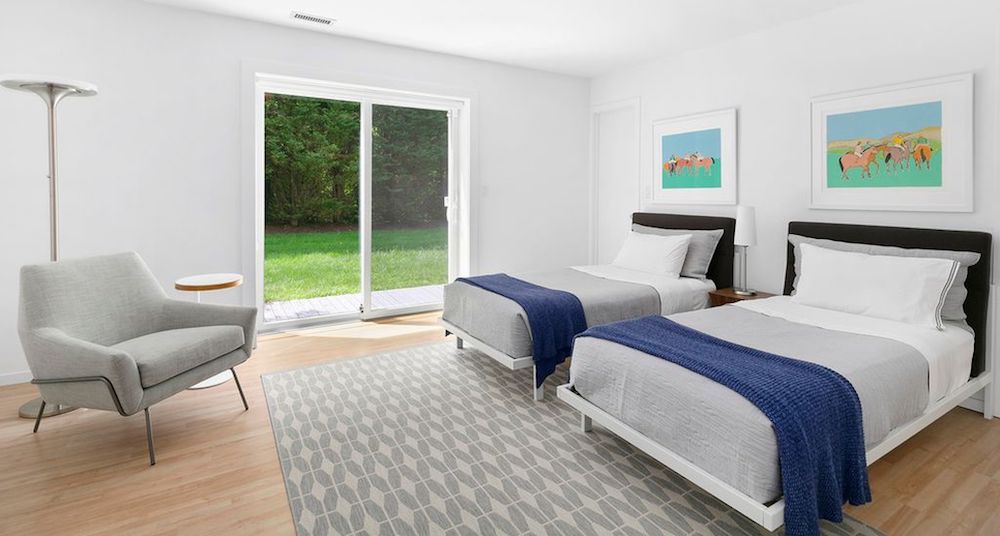 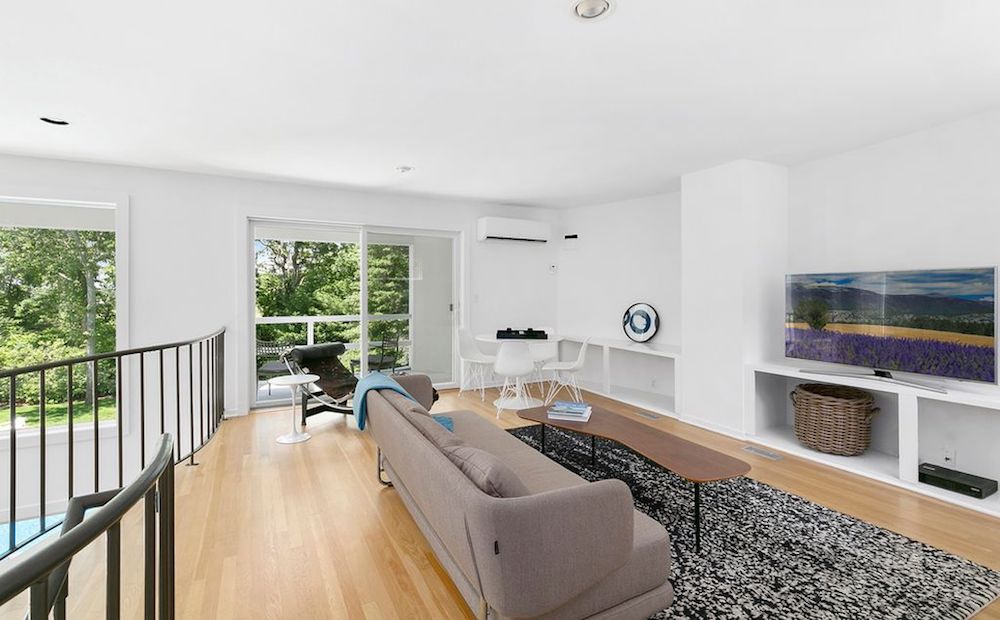 And yet another bedroom, though you could use this as office space if need be. 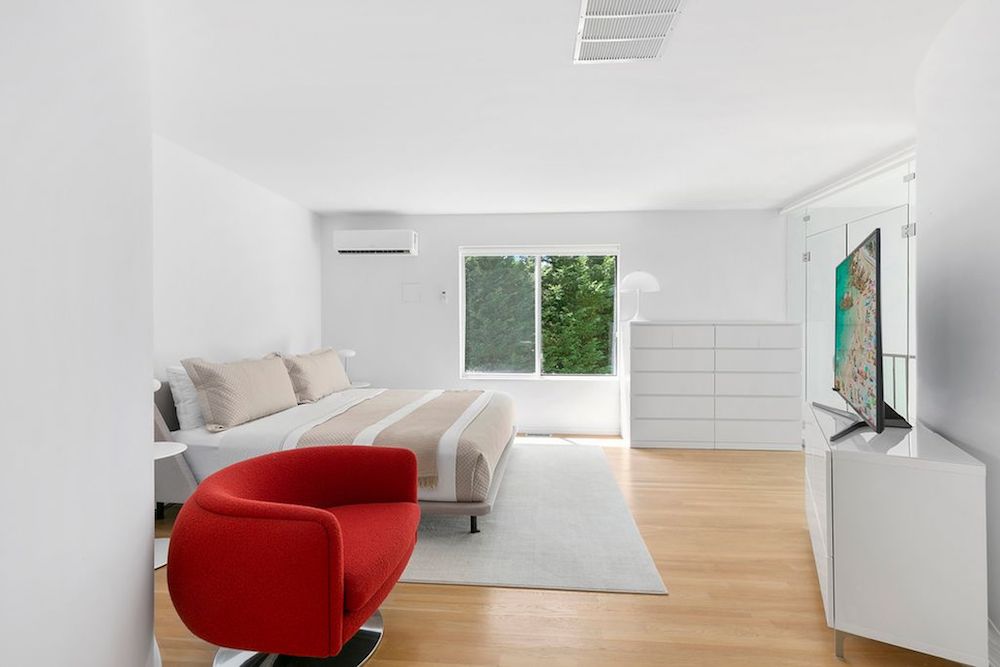 The listing only provides a photo of one bathroom, but there are three and a half baths throughout the house. 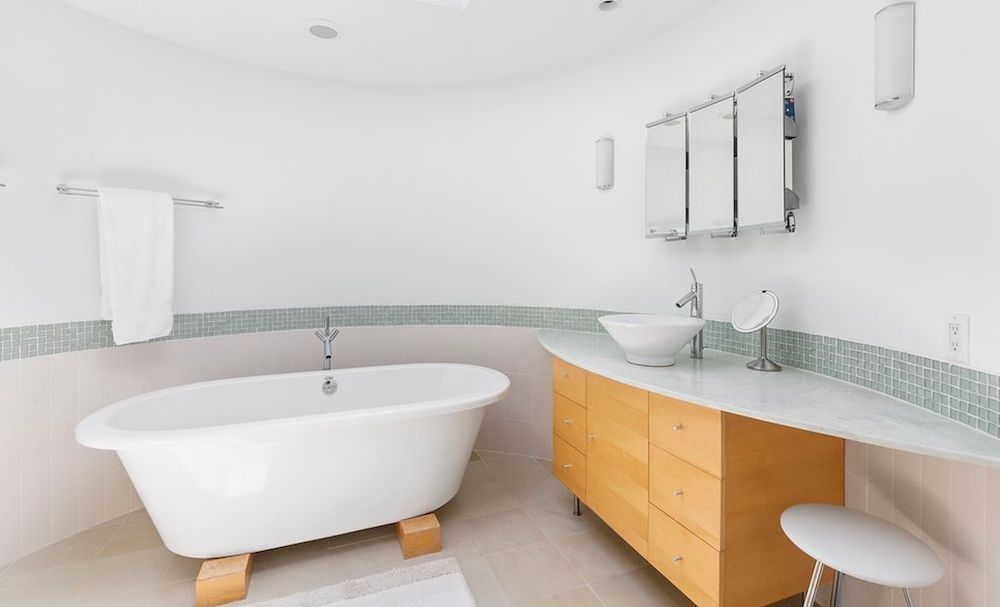 And outside, there's a beautiful pool, with lots of deck space for lounging and dining. 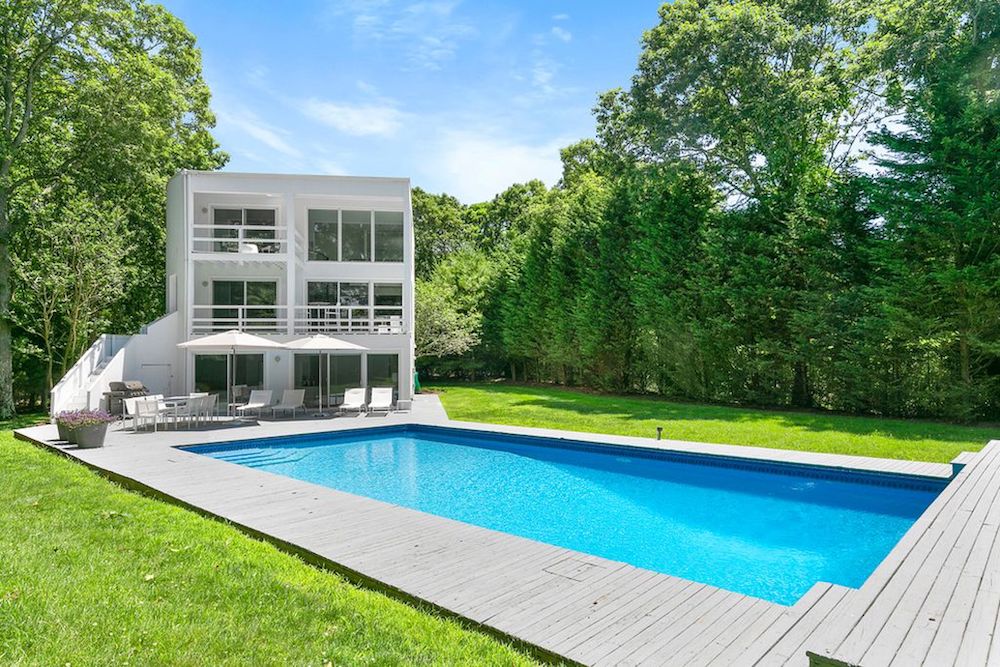 Amagansett is about a two-and-a-half hour drive from the city, and the Hampton Jitney stops in Amagansett as well, if you can brave the traffic. Or you can take the Long Island Railroad.

A house in the Poconos, where you can enjoy getaways all year long

A home near the Catskills to fulfill your 'Dirty Dancing' dreams

Hamptons summer vacation home
Brick Underground articles occasionally include the expertise of, or information about, advertising partners when relevant to the story. We will never promote an advertiser's product without making the relationship clear to our readers.
Share:

How not to get scammed on a coronavirus summer vacation rental

I want to sell, but my co-op building has financial issues. How do I find a buyer?

The return of the pied-à-terre tax, NYCHA's failures over mold complaints, & more