Westchester vs. Connecticut property taxes: What you need to know before buying a home in the suburbs

Westchester and Connecticut may seem similar with equivalent commutes to New York City and an abundance of beautiful towns with well-regarded public schools, but the tax situations in each place are very different.

Many things change when you move from New York City to the suburbs—your commute, your lifestyle, your living space, your quality of life, and so on. Most of the changes are welcome (OK, maybe not your commute). But one that may catch you off guard—property taxes.

“Property tax rates in New York City are actually quite low,” says Blair Sheehan of Prevu Real Estate, a tech-enabled brokerage in NYC, Westchester, and Connecticut that helps buyers find a home that fits their needs, lifestyle, and budget, and refunds up to 2 percent of the purchase price after closing. “The average effective property tax rate in New York City is less than 1 percent, whereas you’ll typically pay twice that in the suburbs.”

But don’t let that fact dash your dreams of a white picket fence and a sprawling backyard. Think of property taxes as an investment in better infrastructure, maintenance, and schools. In fact, the benefits you get from paying more to a local government are a large part of the suburbs’ appeal. And not having to pay for private school anymore can easily offset your property tax increase.

Also keep in mind that property taxes differ wildly from place to place, depending on how they’re calculated, what the commercial tax base is like in a particular town, and state and local budgetary decisions, among many other factors. For example, Westchester and Connecticut may seem similar with equivalent commutes to New York City and an abundance of beautiful towns with well-regarded public schools, but the tax situations in each place are very different.

Here’s what you need to know. 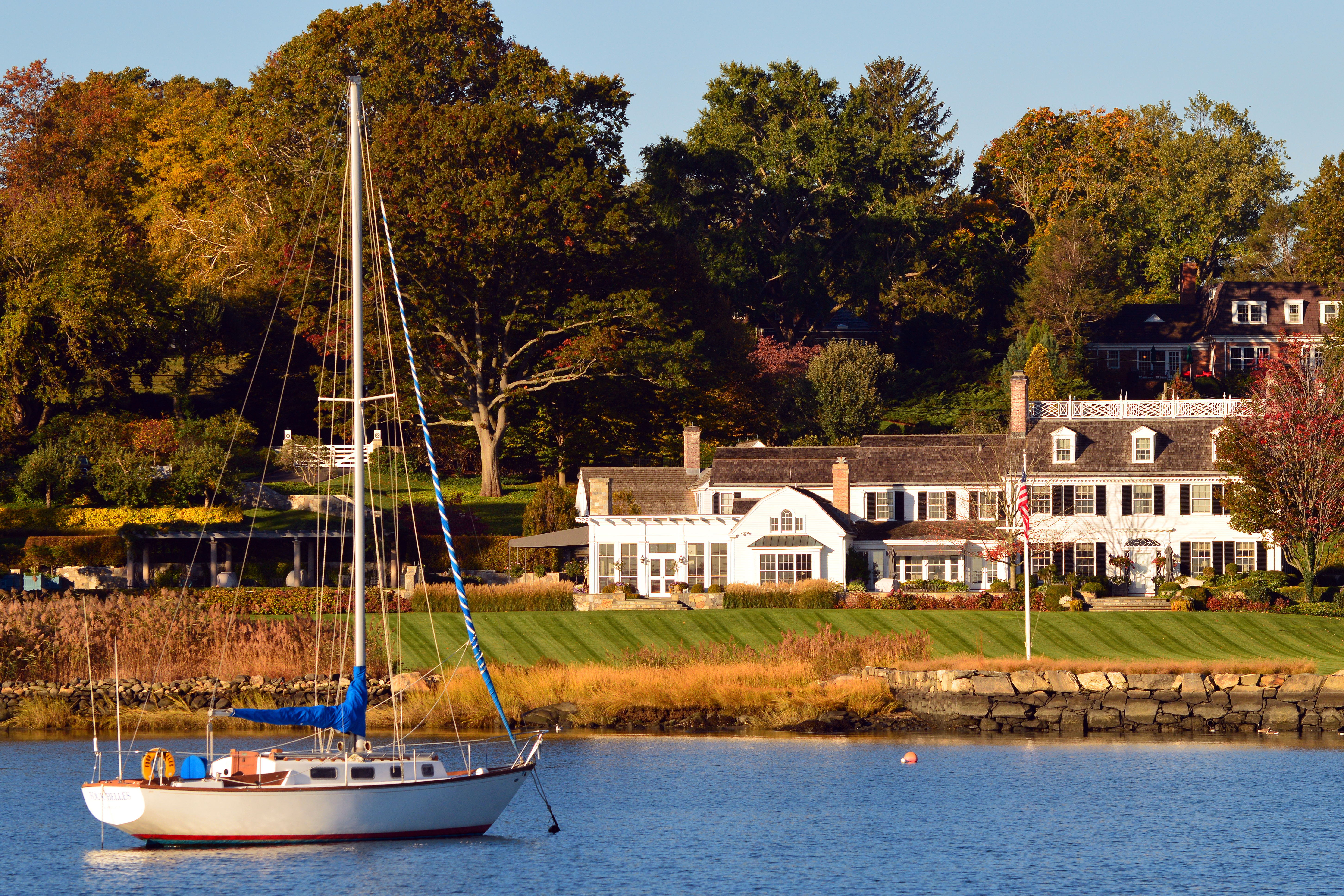 There are no two ways around it: Westchester residents pay a lot in property taxes. But if you’re strategic about your home purchase, you can save money.

The average property tax bill in Westchester in 2017 was just over $17,000, at an effective tax rate (a percentage of assessed home value) of 2.39 percent. But the bill can easily be two or three times higher, says Paul Giddins, a real estate attorney based in Westchester.

The size of your bill comes down to the way Westchester levies taxes. The county has different layers in its tax code: There are city and town tax rates, village tax rates, school tax rates, and special district tax rates. These aren’t mutually exclusive, either: If you live in a village within the jurisdiction of a surrounding town, you’ll likely have to pay two separate property tax rates, in addition to the tax for whatever school district you’re in. Property taxes are the main source of public funding in Westchester, since the many small, high-reputation villages and towns that comprise the county are primarily residential and don’t have many businesses paying property taxes.

“The upshot is that you can save money by being judicious about where exactly you live,” says Prevu’s Sheehan, who helps buyers focus their search in areas where property taxes align with their budget. “In the cities, like Yonkers, taxes are lower because there are other sources of revenue compared to the small villages with little commercial activity. If you prefer a smaller town, avoiding special district or village tax rates can save you thousands of dollars a year.”

School districts are trickier, Giddins says, because their boundaries don’t coincide with towns and villages. For example, in the town of Greenburgh, you could be in any of three different school districts, but depending on your location, you may have to pay the village tax in addition to the town tax.

“Many people move up for the good public schools, but you can end up in a good district without having to live right in the village, which saves you money on your tax bill,” Giddins says.

“Working with a plugged-in real estate broker can literally save you thousands of dollars a year,” says Sheehan.

Most of Westchester County undertook property reassessment a few years ago, which raised taxes even further. What’s more, changes far afield from Westchester have affected the tax situation there. Federal tax reform in late 2017 limited state and local tax deductions to $10,000—well below what the average Westchester resident pays. (The property tax deduction used to be unlimited.) But in a bit of good news, this year the New York legislature made permanent a tax cap that restricts the annual growth of a local government or school district’s tax levy to 2 percent or the rate of inflation, whichever is lower.

As a way to boost revenue, in August of this year Westchester County increased its local sales tax by 1 percent, to 8.375 percent, in its 20 villages, 19 towns, and the cities of Peekskill and Rye. With the extra revenue, County Executive George Latimer has pledged to freeze county property taxes for the next two years. 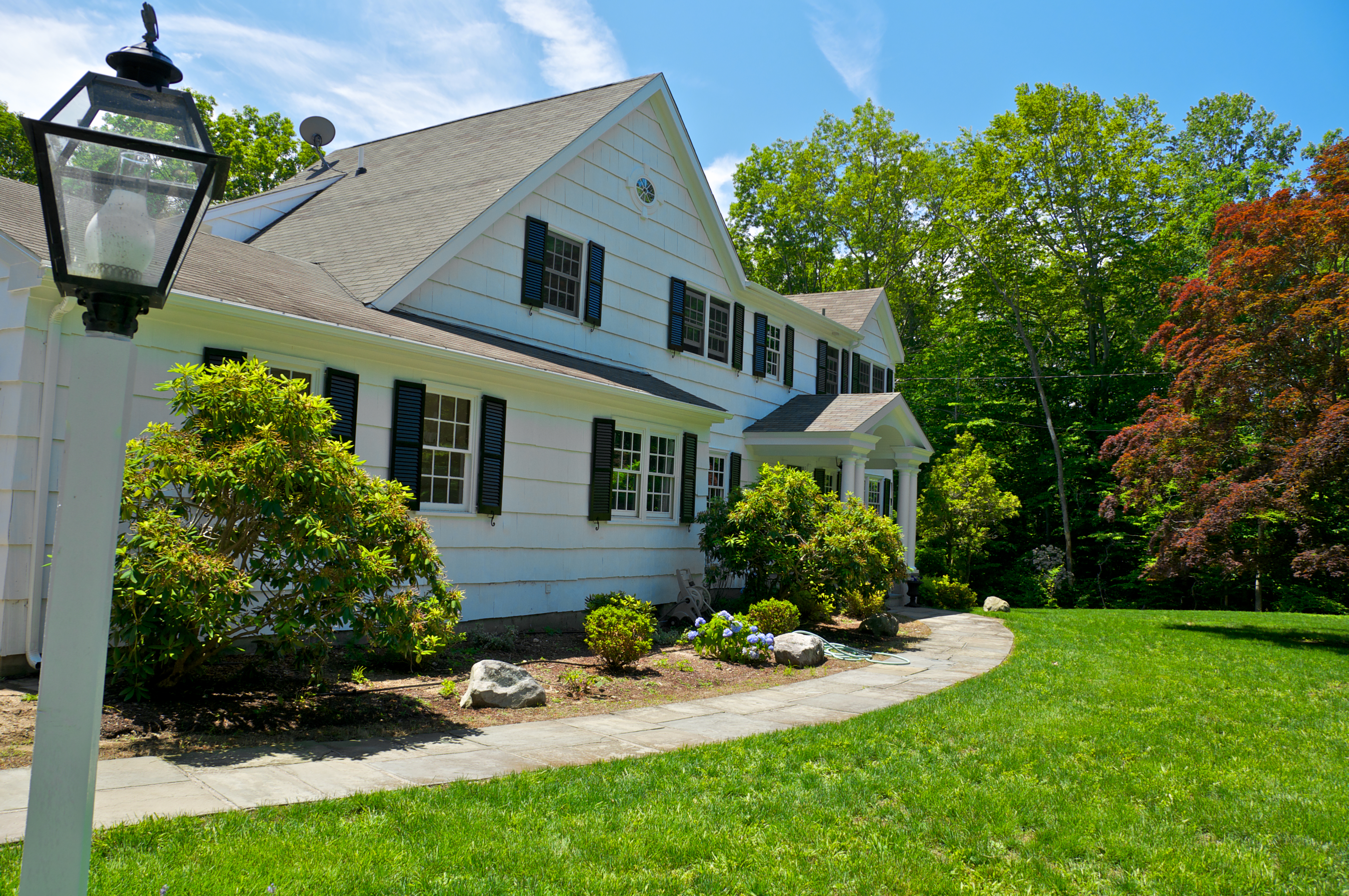 On their face, property taxes in Connecticut aren’t cheap, either: The effective rate for the entire state is 2.07 percent, fourth-highest in the U.S. and almost double the national average. But even though the effective tax rate is similar to Westchester, at the end of the day you end up paying less in property taxes in Connecticut for a similar property in a similar quality town.

There are two main reasons for this. The first is that property taxes are a lot simpler in the Constitution State: There’s only one layer of taxes, period. The second is that closing costs are cheaper, since there’s no mansion tax and no mortgage recording tax.

“Connecticut has one real estate tax,” says Tom Ward, a property attorney in Greenwich, Connecticut. “And they’re all paid in advance, on a fiscal-year basis.”

The way that works is that on October 1st every year, local tax assessors create a grand list of who owns every property in Connecticut’s 169 cities and towns, and what those properties are valued at (property values are assessed every five years at 70 percent of fair market value). After that list is created, budgetary meetings are held to determine how much property tax revenue will be needed for the upcoming fiscal year.

Each municipality then sets a “mill rate.” A mill is $1 tax dollar for every $1,000 of assessment, and multiplying the mill rate by a property’s net assessment results in the property tax, so the rate is set to meet the budget. For example, a property with an assessed value of $500,000 located in a municipality with a mill rate of 20 mills would have a property tax bill of $10,000 per year. Property tax bills are then paid typically in one or two annual installments.

Connecticut is heavily dependent on property taxes; last year, the state ranked fifth nationwide in property taxes as a percentage of state revenue. Ward says that there isn’t as much state money coming down to Connecticut's towns and cities as in the past, which leaves real estate taxes as the primary revenue source, and thus they’re likely to continue increasing over time.

But property taxes do vary, sometimes drastically, from place to place in Connecticut, depending on what services are funded by them, a municipality’s debt, the number of properties, and property value.

“In Stamford, for example, garbage pickup is paid for with local taxes, but in Greenwich you have to hire a trash collector,” Ward explains. “And in Greenwich, the mill rate is also lower than other places in Fairfield County because the town doesn’t have long-term debt.”

In general, property taxes in Westchester and Connecticut are similar: the burdens are high, but you get excellent schools, infrastructure, and quality of life. So it’s no surprise that Ward, the Connecticut attorney, echoes the Westchester-based Giddins: “Connecticut is a wonderful place to live,” he says. “But it’s not cheap to live here.”

Prevu is a digital home buying platform that enables you to search, offer, and save up to 2 percent when you buy. Click here to learn about Prevu’s Smart Buyer Rebate or to browse homes in New York or Connecticut.

Can I get a rebate on the real estate commission when I buy an apartment in NYC? Is the commission negotiable?

5 Connecticut towns with the best commute to NYC: Greenwich, Darien, and more

How to virtually tour an apartment when you can't visit it

Would you rent this new Clinton Hill one bedroom with two months free rent, for $3,930?