Is this West Village studio for $395,000 a good investment or a legal headache?

The twin-sized Murphy bed might be mistaken for an ironing board.

Is this the saddest apartment in New York City or an adorable first step into the real estate market? The twin-sized Murphy bed at 26 Cornelia St., #3, prompted plenty of discussion in the Brick Underground office, with reminiscences about our first apartments and a debate about whether a studio this small breaks the law. Then there’s the fact that this apartment comes with a tenant in place. So is this apartment a West Village gem or a legal headache?

We asked two New York City real estate attorneys to weigh in. Before we get into the details, here are the pictures. 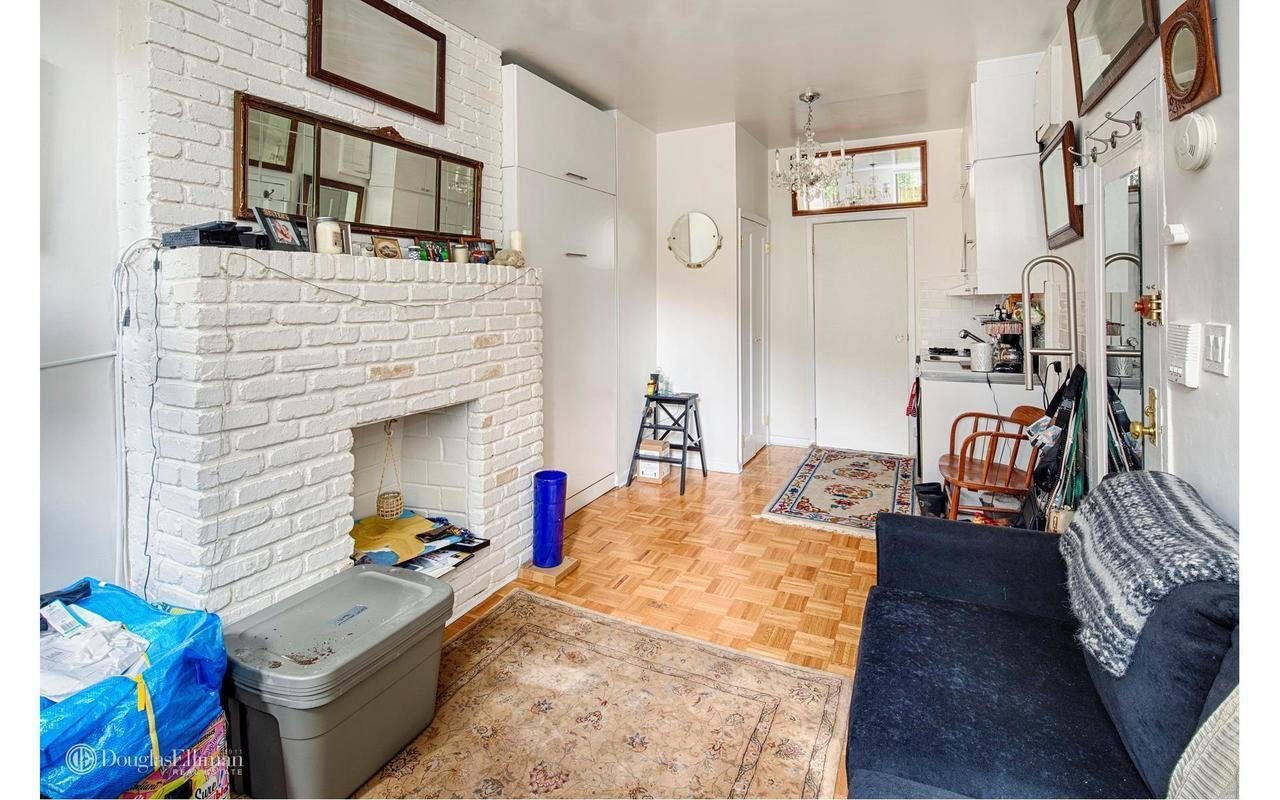 The current tenant is clearly using the mirrors to bounce light around and make the space feel bigger and brighter. 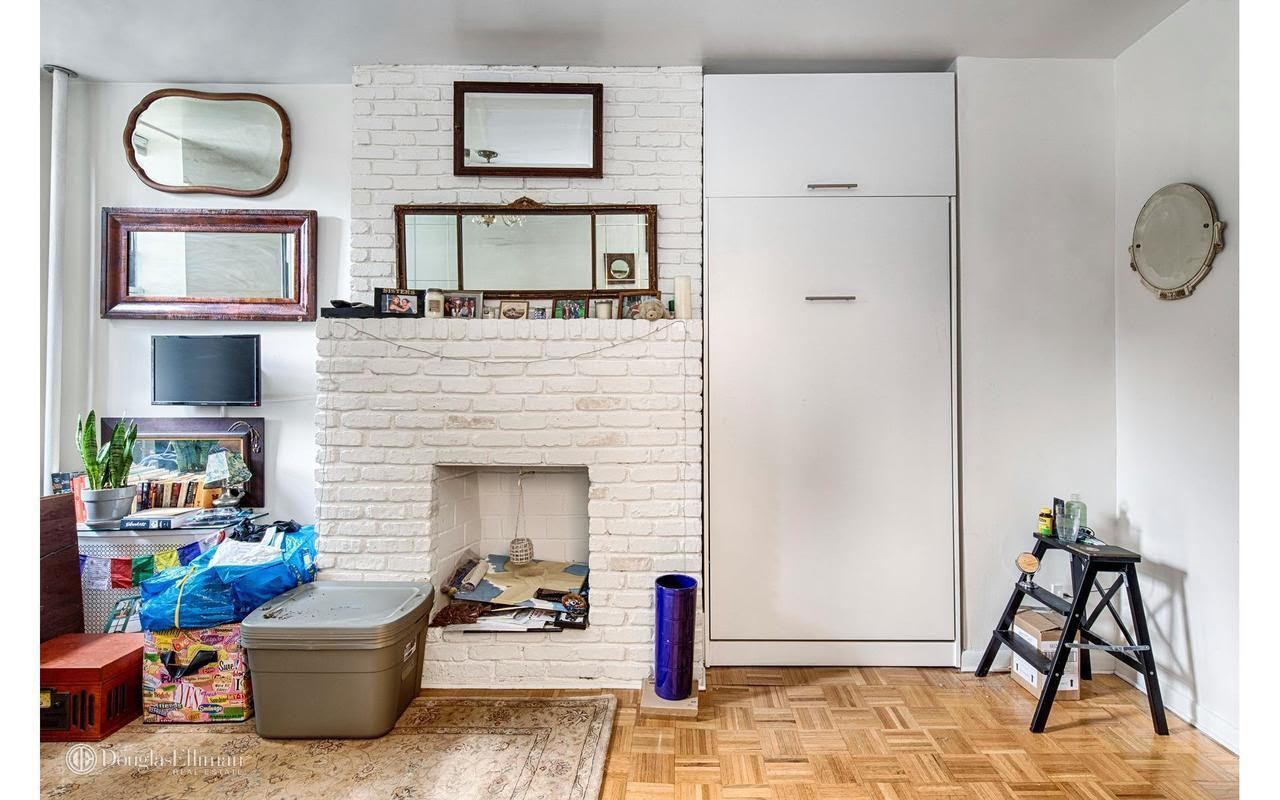 The Murphy bed slots into an alcove to the side of the decorative fireplace. 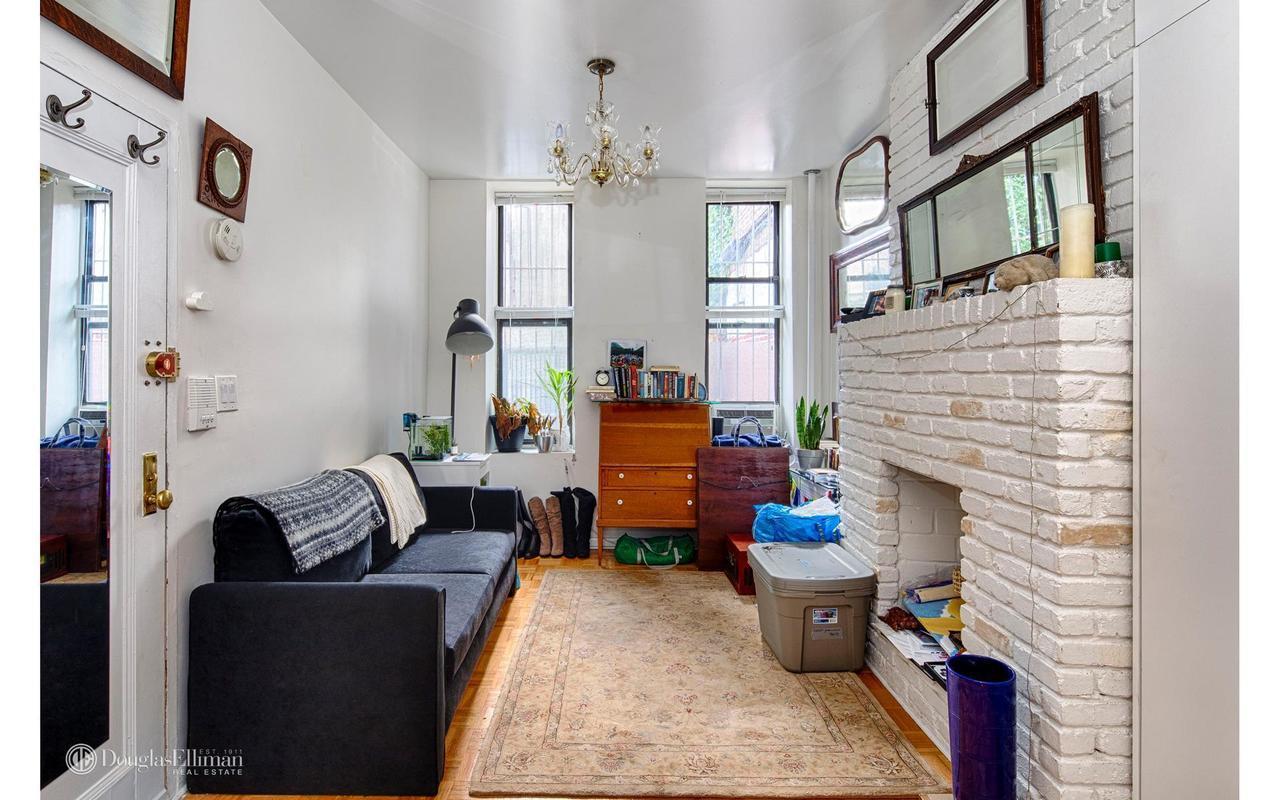 For such a small unit, there is no shortage of photos. Here's another angle on the studio. 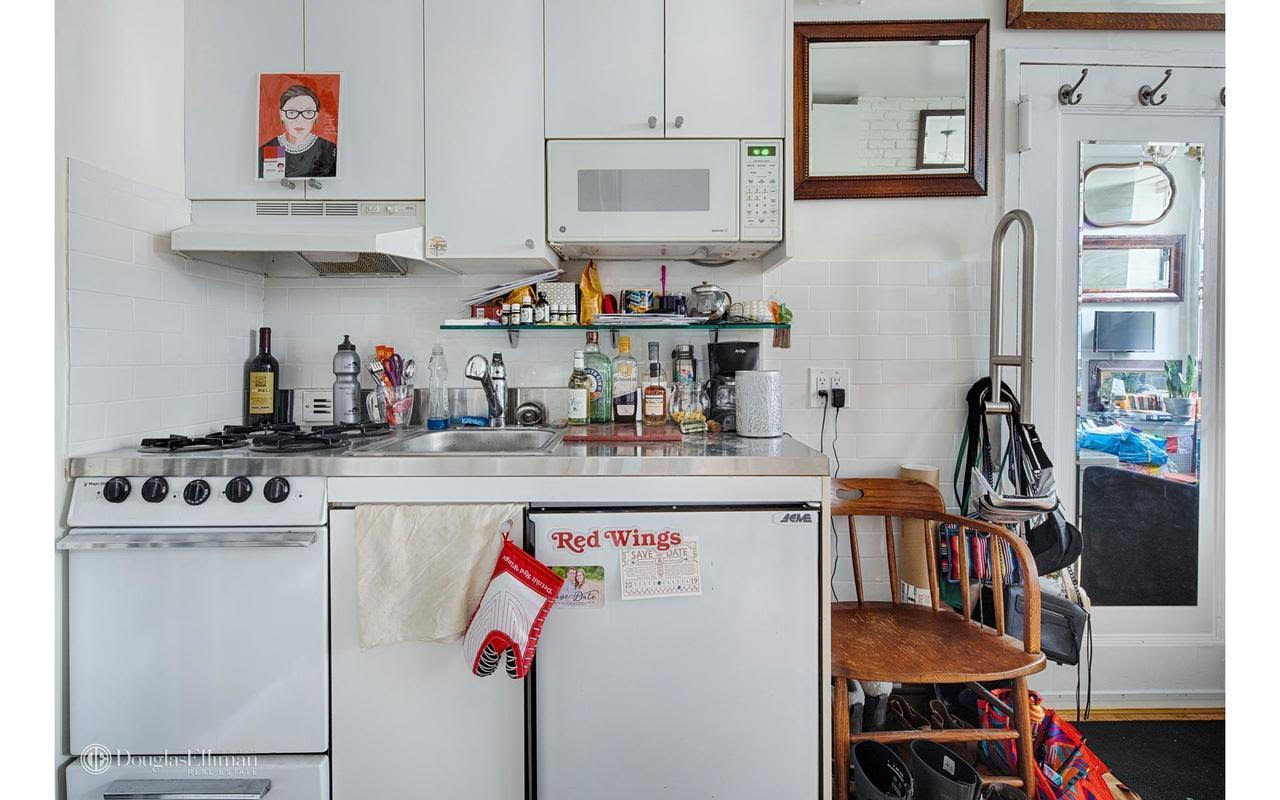 The kitchen has a sink, a small stove with four burners, a refrigerator, and microwave. 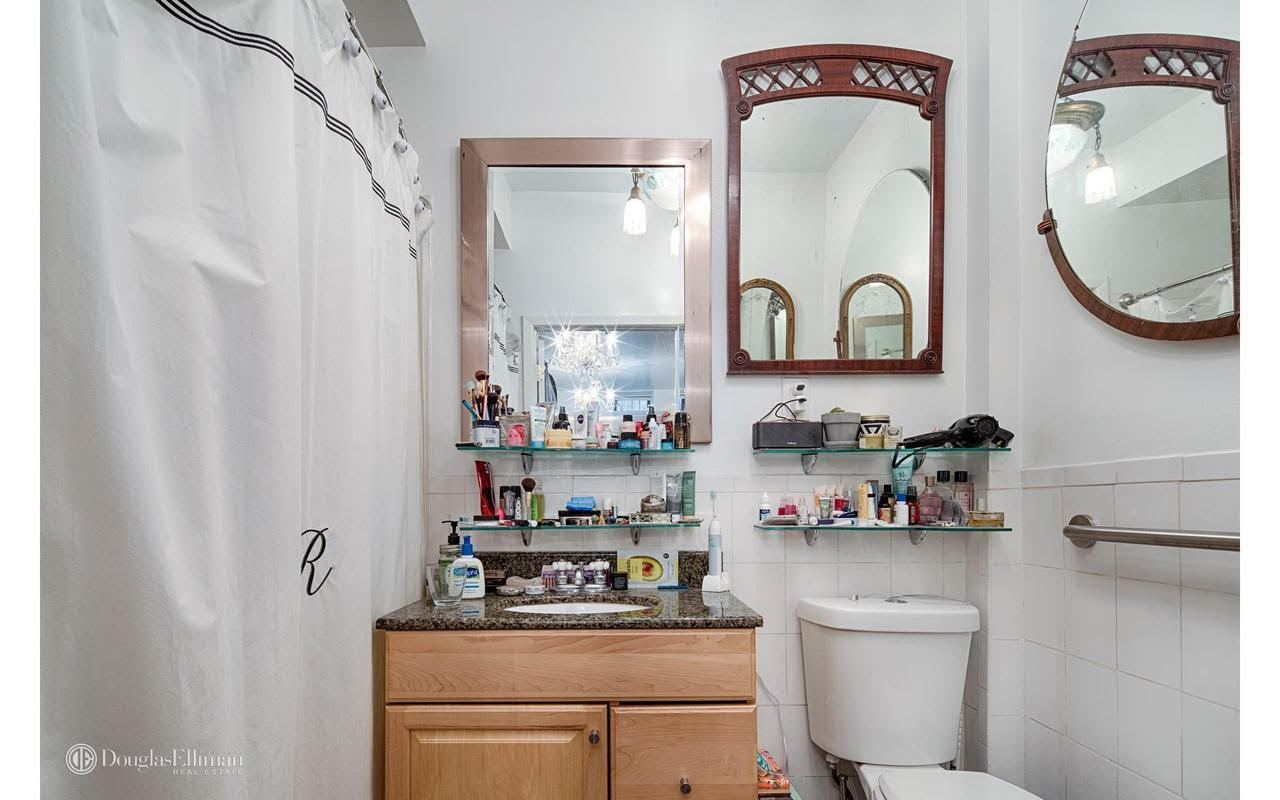 More mirrors in the bathroom, plus a tub and vanity. 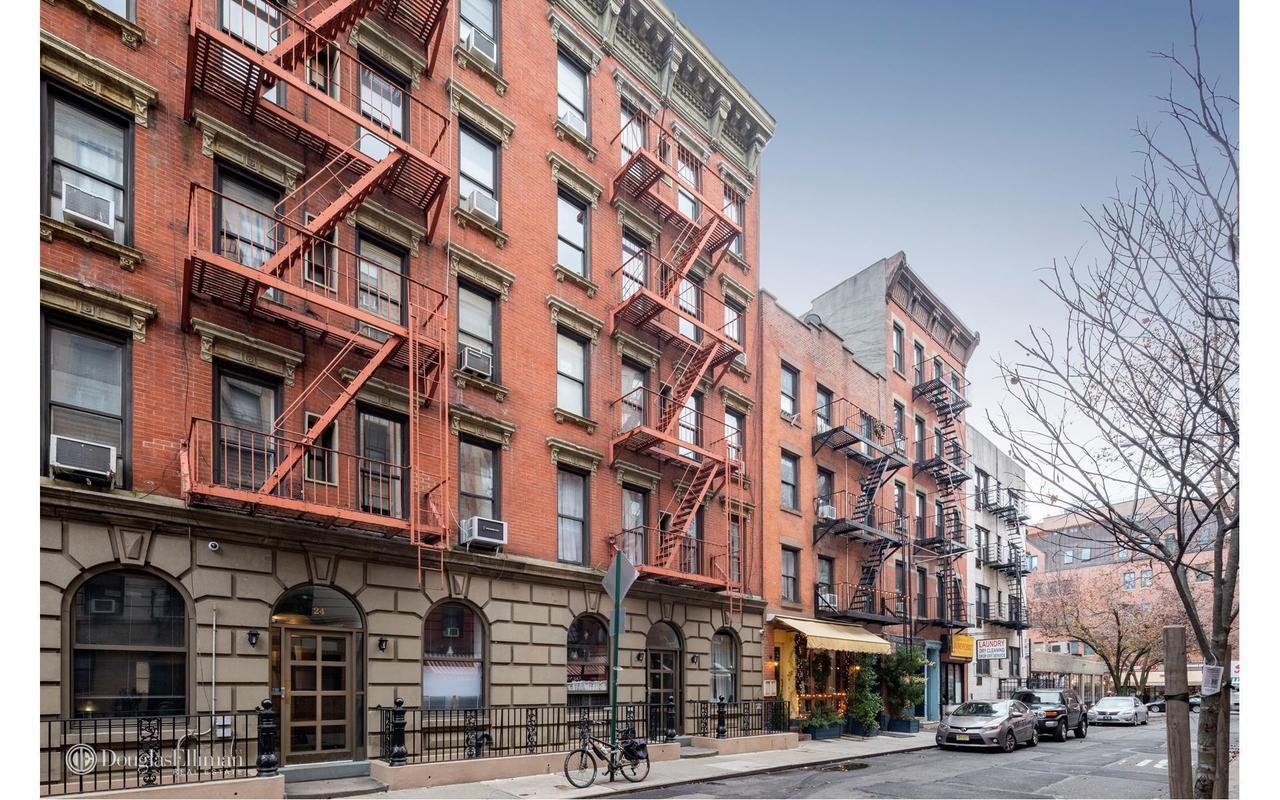 26 Cornelia Street is between Bleecker and West 4th streets.

Is the unit size legal?

The city requires any dwelling to be at least 400 square foot, and this unit can't be much more than 250. The law on minimum square footage only came into effect in 1987, so for buildings and apartments built before that date, the apartments are grandfathered in.

“There’s no Certificate of Occupancy on this so I’m guessing it’s a very old building,” says Adam Stone, real estate attorney at The Stone Law Firm. “It’s listed as a landmark, which to me means it was built before New York City had laws on these things, which is before 1930 so it wouldn’t be illegal because of its size.”

In fact, the building was built in 1920.  Real estate attorney Jerry Feeney suspects the unit was probably built as a maid's quarters.

"It’s the smallest thing I’ve seen in my life,” he says, but believes that shouldn’t put off the right buyer. “It’s an adorable apartment for someone, it’s on a great block and it’s in the Village.”

How will a tenant in place affect the sale?

The listing talks about a post-vacancy closing. Stone says this is the safest option.

“You would make the sale contingent on it being delivered vacant, so there’d be a requirement in the contract that the seller delivers the unit vacant and free of any tenancies." He adds, “If the tenant is willing to leave early, great, but even if there’s a lease in place and you close after that, a buyer has to realize that just because a lease ends, not every tenant is cooperative and does what they are asked to do.”

Feeney says another area of risk is the financing. “If you’re financing it, you have interest rate exposure. You can’t lock a rate until next June, and then if you do lock a rate, and the tenant doesn’t get out, the rate lock will expire.”

Do you recommend closing with the tenant still in place?

It looks like the co-op board would allow subletting, subject to approval, after three years of occupancy. That means interested buyers would need to be looking to buy the studio to live in rather than to rent. Stone points out that closing before the tenant is out of the property presents its own risk.

“If a tenant stays beyond the lease, the owner of the apartment can start a holdover proceeding, which is a form of eviction to force the tenant to leave but those things take time and money. It can drag on for months." Stone recommends getting the seller to deal with it via a post-vacancy closing. "You can build into the contract that if it isn’t delivered vacant, by a certain date then you are entitled to your money back and get out of the deal.”

Would it be wise to meet the tenant?

If the buyer takes the risk of closing before the tenant leaves, Stone reckons it might be worth meeting the tenant.

"It's a good idea to find out who it is that you are dealing with if you are going to step into the shoes of the seller and become the landlord." The fact that it's a co-op means there will likely be plenty of paperwork in order for the board to have approved the sublet. "Get a copy of the rental application and the existing lease to find out its expiration, and how much the rent is."

Should any of this prevent a purchase?

Feeney is encouraged that the seller is not looking to close with the tenant in place. As for the size, he says, "the reality is we mostly live in one room anyway. You just don’t have lots of stuff and you eat off the coffee table."

Stone says the sale will likely come down to market conditions. "A buyer might like the property and be happy to take on the risk, understanding there may be legal fees." He adds, "the West Village has a lot of old buildings, it's part of the charm."

The last unit in the co-op sold for $437,000 a few months ago. Prior to that, a unit changed hands for $212,500 in August last year so it’s possible (though hard to imagine) that #3 isn’t the smallest apartment in the building. With trains nearby, it’s an easy commute to the city’s main business hubs. The monthly maintenance fee is $790, which pays for the live-in super, the laundry room and a shared courtyard with a BBQ. There's bike storage out front at $5 per month. Cats are welcome, but dogs aren't allowed.

From Williamsburg to the West Village: One of Manhattan's most desirable neighborhoods for less

BrickUnderground's guides to buying, selling your NYC apartment are back--and better than ever

What is a legal bedroom in NYC?

closing studio tenants West Village
Brick Underground articles occasionally include the expertise of, or information about, advertising partners when relevant to the story. We will never promote an advertiser's product without making the relationship clear to our readers.
Share:

Need to hold an online shareholder meeting for your NYC building? Here's our best advice

Working from home in the Covid era? Here's how to use pressurized walls to make an office