A Park Slope studio with lots of closet space for $455,000, no board approval required

The studio has a seperate kitchen and an alcove that can be used as an office or dining area.

If you’re on the hunt for a place to buy in Brooklyn, this studio, 220 Berkeley Pl., #1E, in a prime Park Slope location, might do the trick.

It’s priced at $455,000, which is slightly higher than the neighborhood’s average for studios, which is $399,000, according to StreetEasy. The monthly maintenance is $624.

You enter the studio by passing through an alcove, which is staged as a home office in the listing, but it seems large enough to be used as your dining space. Sure, walking directly into a dining area might feel awkward, but in small NYC apartments, you have to do what works.

There’s a generously-sized dressing room with two closets that leads you to the bathroom—plus three other closets in the apartment.

Amenities include a live-in super, laundry room, indoor garage, and bike storage (with a waitlist and fee). When it comes to pets, only cats are welcome here. 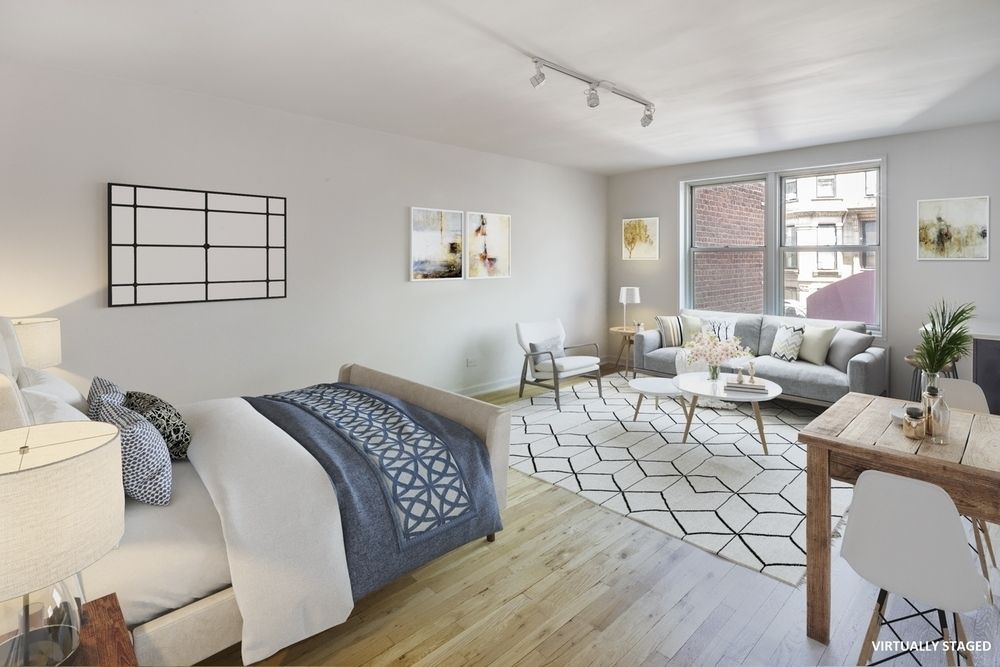 The living space, which is virtually staged in the listing, is large enough to divide your sleeping area and living room and there are large windows with northern exposure. 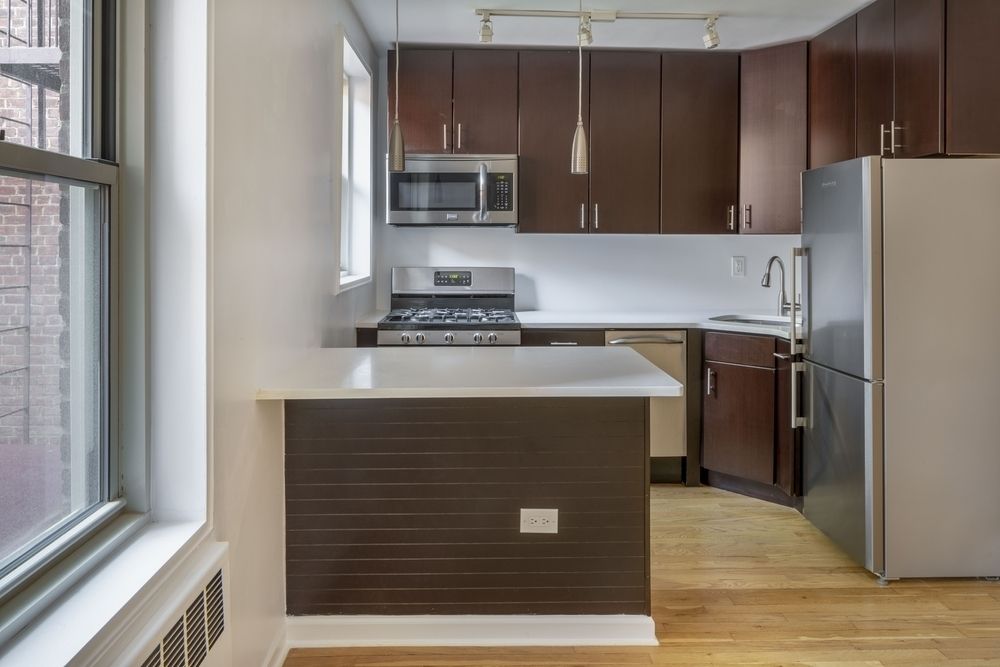 The kitchen is separate but opens to the main living space and features mahogany cabinets, Caesarstone countertops, and stainless steel appliances. 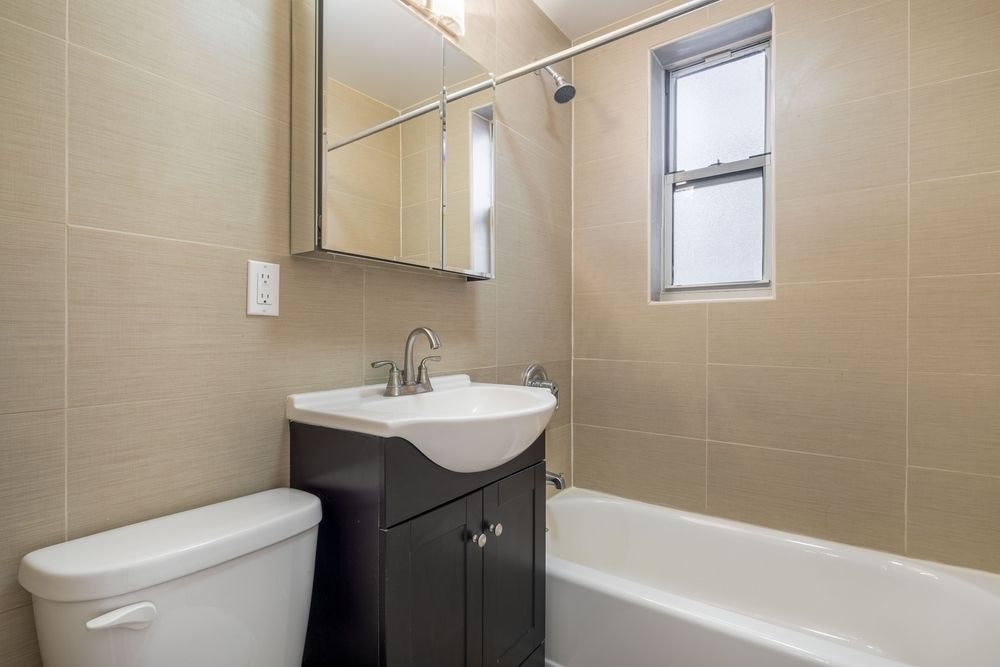 There’s a window in the bathroom. 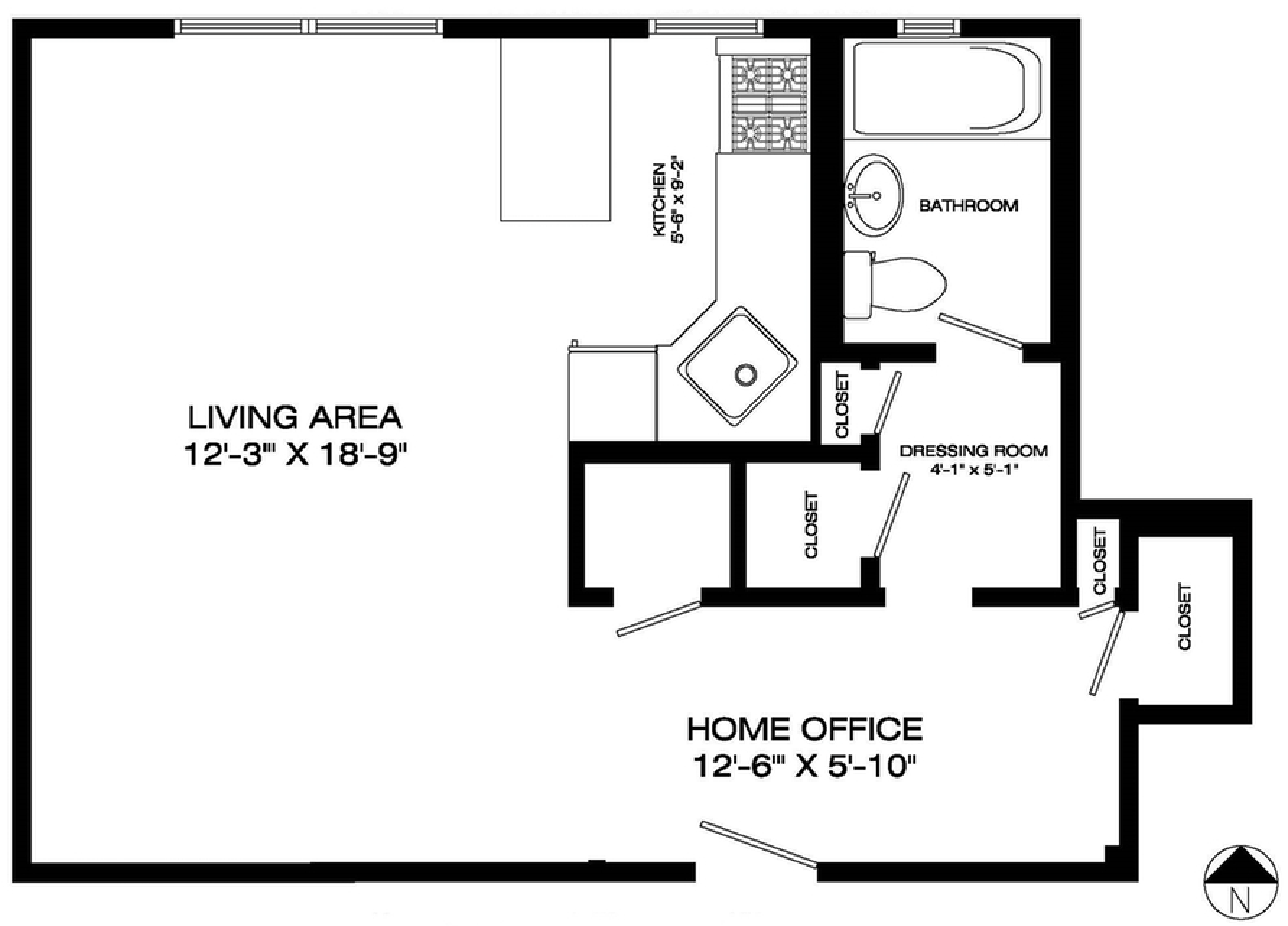 The apartment is just a short walk to Grand Army Plaza—where there’s a weekly farmers market on Saturdays—and Prospect Park. The Park Slope Food Coop is right up the block and Seventh Avenue, with its many shops and eateries, is just a six-minute walk away.

The buyer's and renter's guide to the NYC elementary school game

amenities bathroom cabinets & shelving closets co-ops kitchen Park Slope parks restaurants Sponsor co-op of the week studio windows
Brick Underground articles occasionally include the expertise of, or information about, advertising partners when relevant to the story. We will never promote an advertiser's product without making the relationship clear to our readers.
Share:

Should I sign a one- or two-year apartment lease in NYC?

The Brick Underground Podcast: How to read between the lines of apartment listings—and get the most out of your search

What is the tenant blacklist and how serious is being on it?

Heating 101: How to get a comfortable temperature in your NYC rental apartment

Ask Sam: How do I start a tenant association?

Will my insurance reimburse me for an assessment for Covid expenses?