A renovated four-bedroom co-op in Lenox Hill for $2,000,000, no board approval required

The co-op is offered at a figure that's closer to the median sales price of a two-bedroom unit in the neighborhood.

This newly renovated, four-bedroom unit, 440 East 62nd Str., #17BC, is on the market for $2,000,000, and while there's no data on the median price for four-bedroom units in Lenox Hill, the asking price is well below the $3,295,000 median sales price for a three-bedroom unit in the neighborhood, according to StreetEasy.

The apartment is a combination of two units (17B and 17C) and has hardwood floors, white walls with subway tile and quartz countertops in the kitchen. It also has a washer/dryer in the unit, which is unique to the building and additional space for a den or play area. The building is pet friendly and amenities include a 24-hour doorman, a live-in super, parking spaces for an additional fee, a laundry room, bike room and a shared roof deck. Of course, this comes at a price—monthly maintenance for the unit is $3,105. 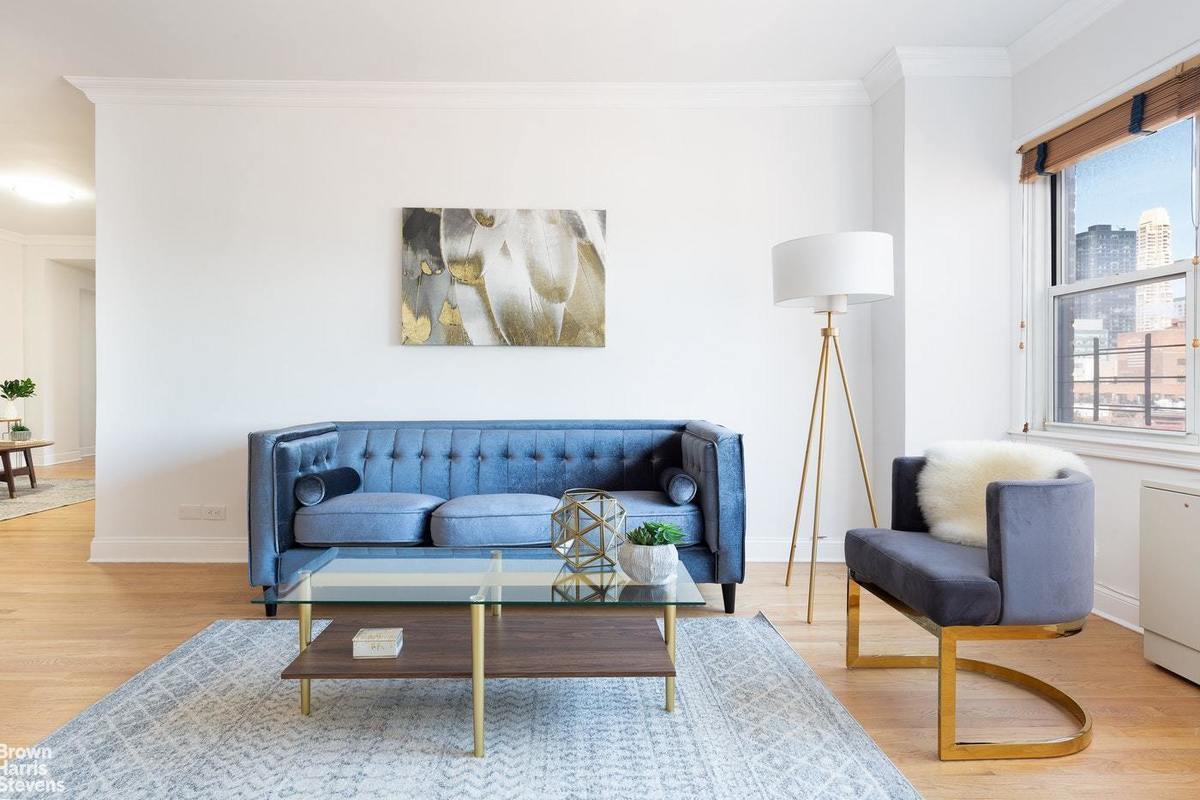 The unit opens into the foyer and living room which has an oversized window facing north. The best orientation for natural sunlight is south or west so you won't get evening light in this living room. However, the co-op is a corner unit and the master bathroom and en suite bath enjoy west-facing views. 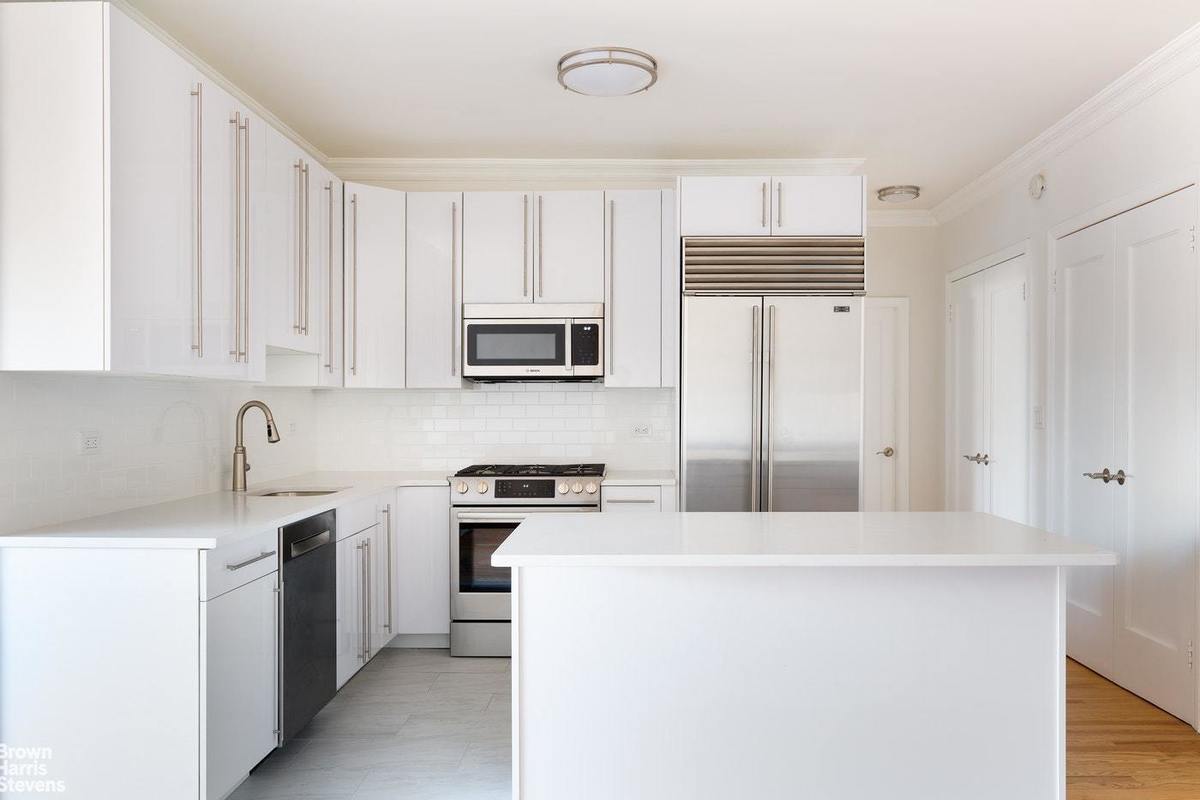 The kitchen is open to the living room and has modern cabinetry, a Sub-Zero refrigerator, and stainless steel appliances including a dishwasher, range, and microwave. There's plenty of room for food storage and the island makes it a practical space for families and entertaining. 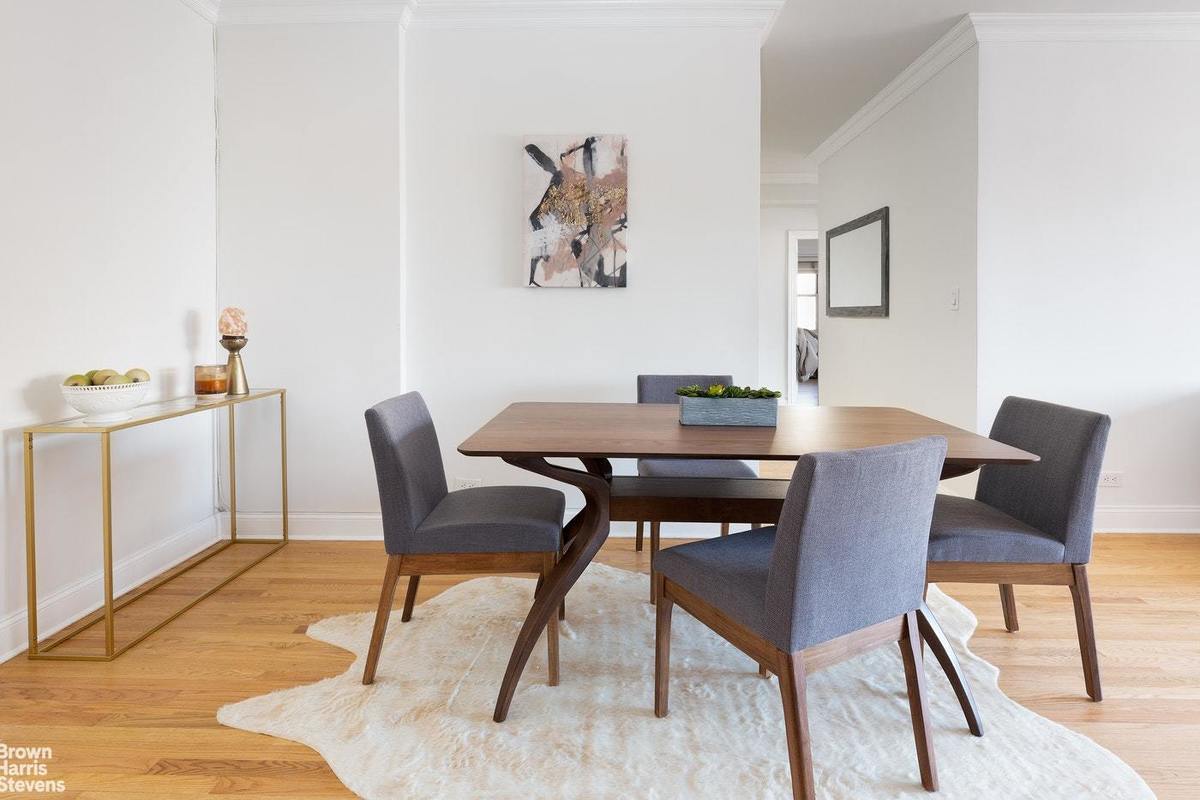 The listing photos have the foyer doubling as a dining room. It's the obvious place to put a table, just off the kitchen. 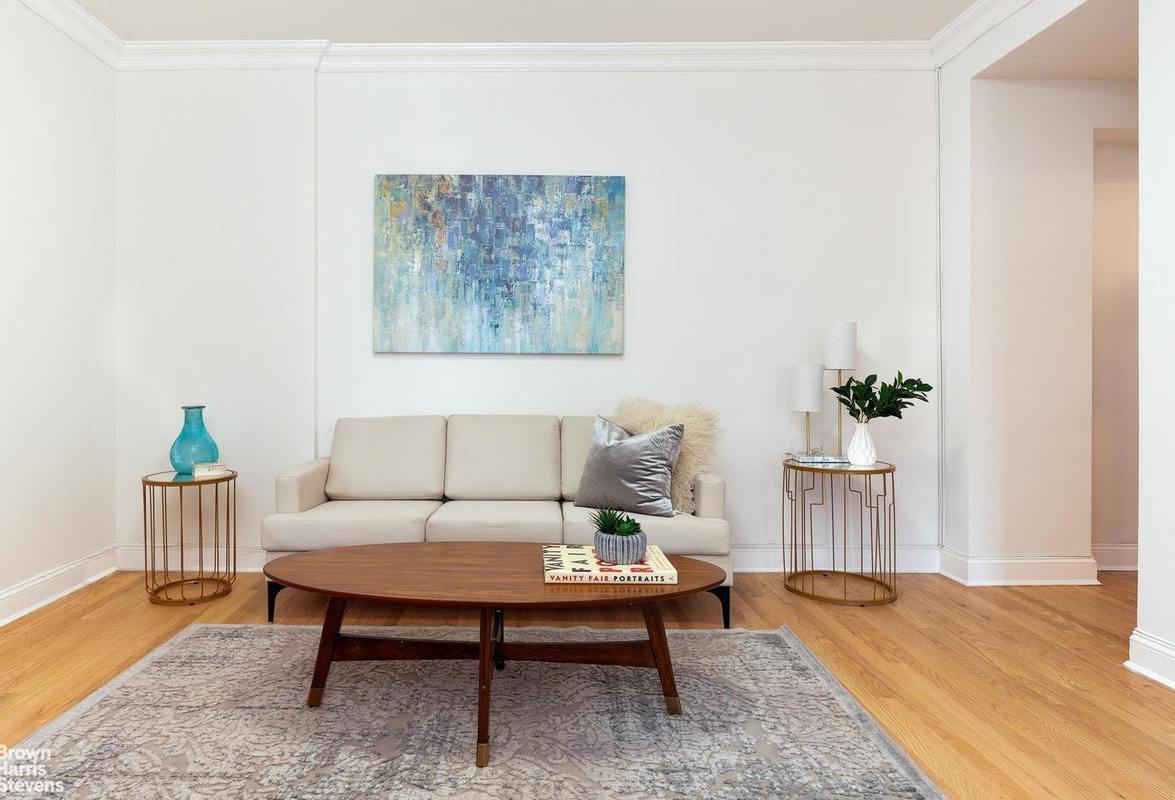 Another option for a dining table might be the alcove space between the living room and the master bedroom. It could also be set up as a playroom or den or a workspace depending on your needs.  It doesn't have any windows and you have to walk through it to access one of the bathrooms. 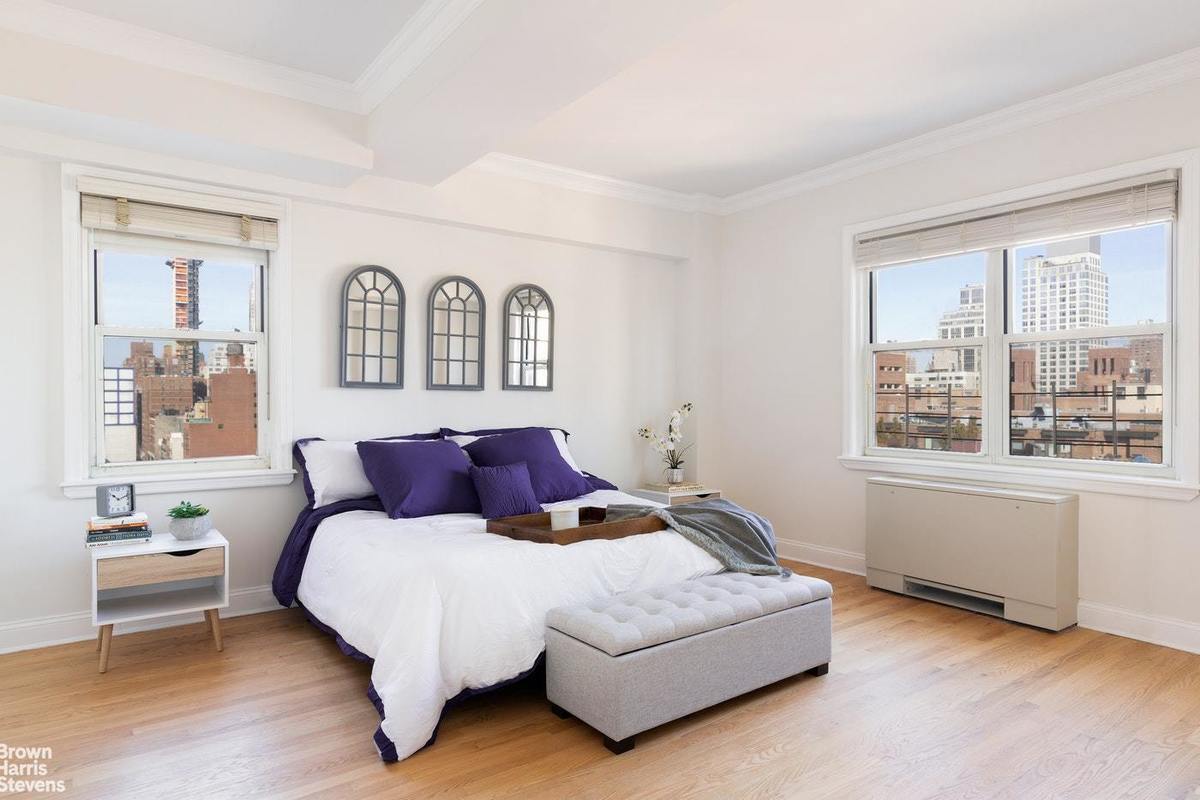 The master is the largest of the four bedrooms and has a walk-in closet and en suite bath. There are sizable closets in two of the other bedrooms. The fourth is on the small side, just eight feet wide and close to the minimum size for a bedroom, which is 80 square feet. 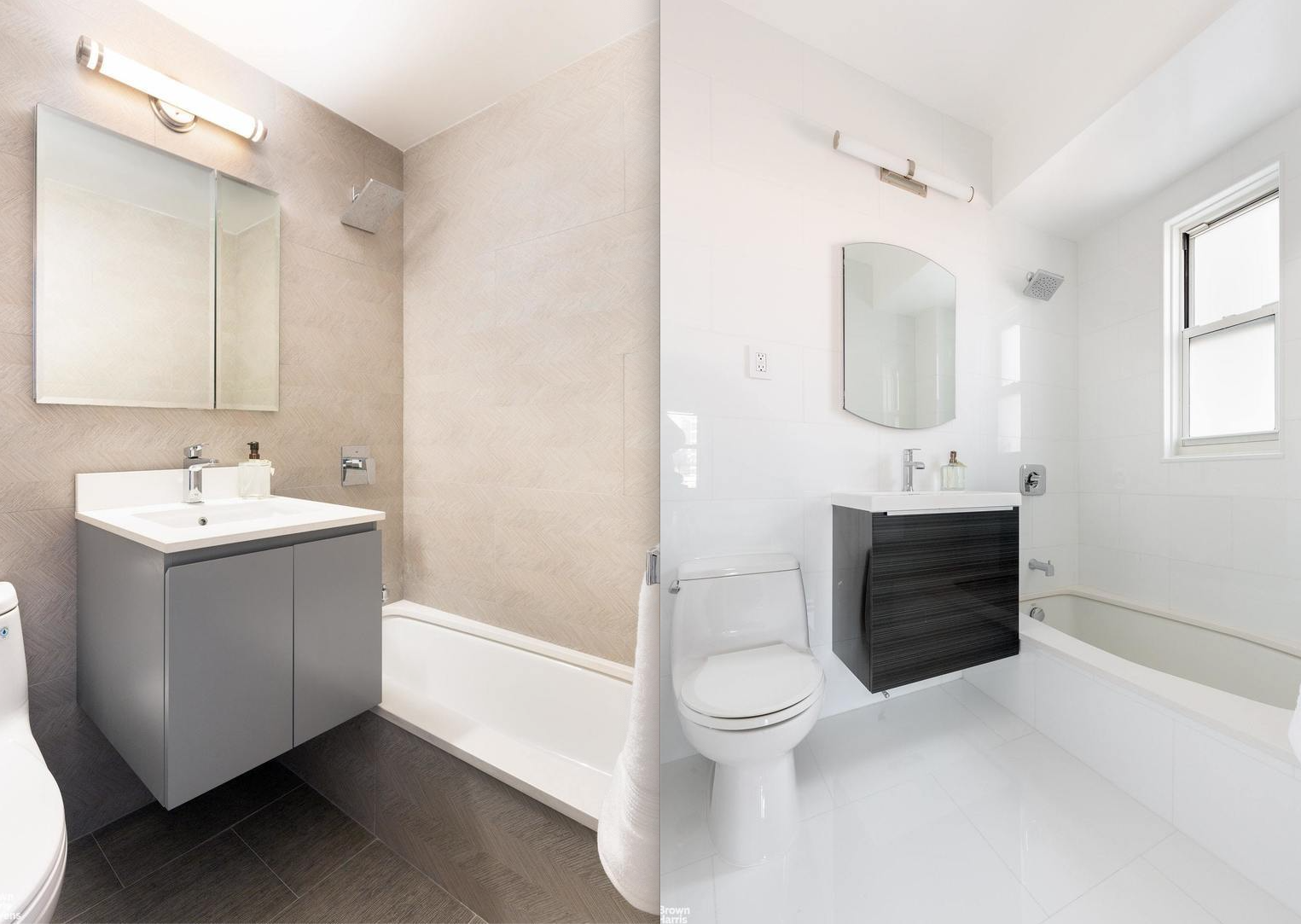 There are three bathrooms, two with tubs and one with a shower. 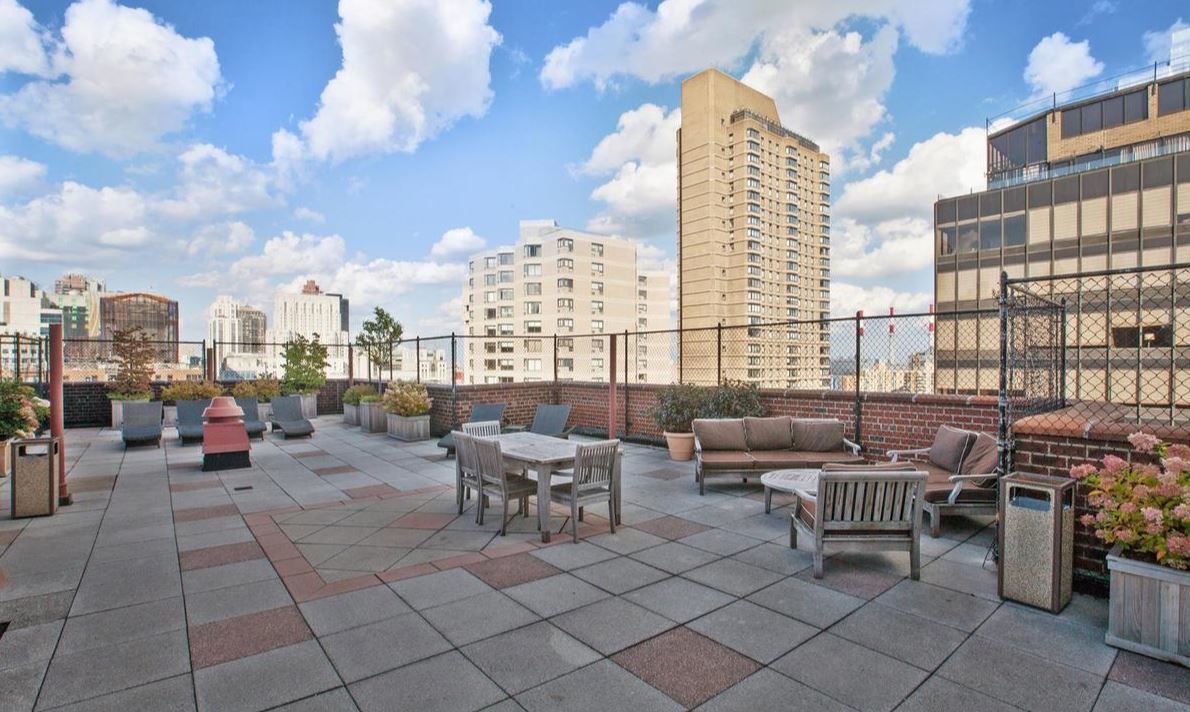 The roof deck is one of the shared amenities in the co-op. 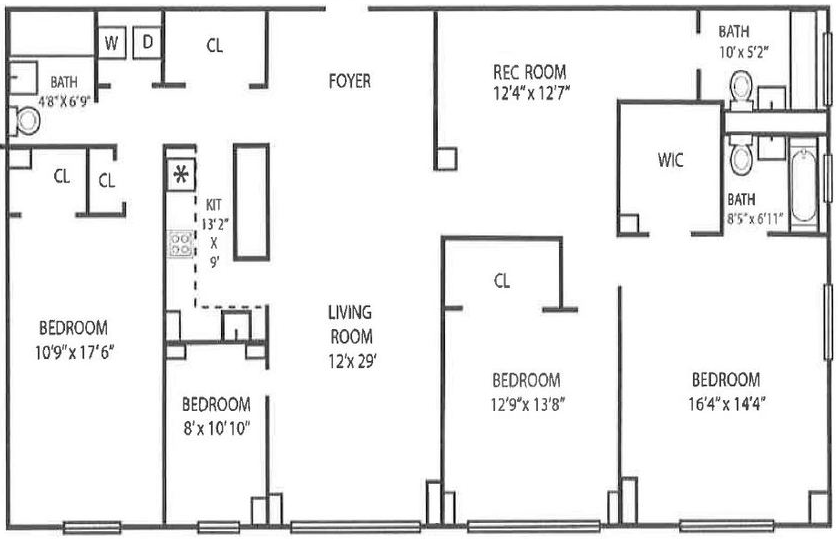 The Park Sutton is a 19-story, 144-unit building that was finished in 1961 and converted into a co-op in 1983. Trains are within a 10- to 15-minute walk, but the commute to Midtown, and Long Island City is relatively short and the Second Ave subway has made commutes faster heading to the UES and East Harlem.
There are lots of bike lanes and Citi Bike stations in the area and plans for a new esplanade to provide some open space along the East River. There's plenty of construction going on, too, with new luxury buildings and additional shops and restaurants opening to serve the growing community.

What is a legal bedroom in NYC?

If you want a five-bedroom apartment in New York City, you may need to get creative

amenities bedroom co-ops doorman parking Sponsor co-op of the week Upper East Side
Brick Underground articles occasionally include the expertise of, or information about, advertising partners when relevant to the story. We will never promote an advertiser's product without making the relationship clear to our readers.
Share:

What's better for buying an apartment in NYC: A 15- or 30-year mortgage?

Just moved to NYC? How to make a city of 8 million people feel like home

Can my boyfriend claim ownership of my condo if we break up?

Hostels may become legal in NYC, your rights as a renter, & more

These New Yorkers are getting creative with their workouts at home

Ask Sam: What happens if you have a case pending in NYC housing court during the coronavirus crisis?