A Clinton Hill two bedroom for $845,000, no board approval required

This virtually staged photo shows the potential of this Clinton Hill two bedroom. 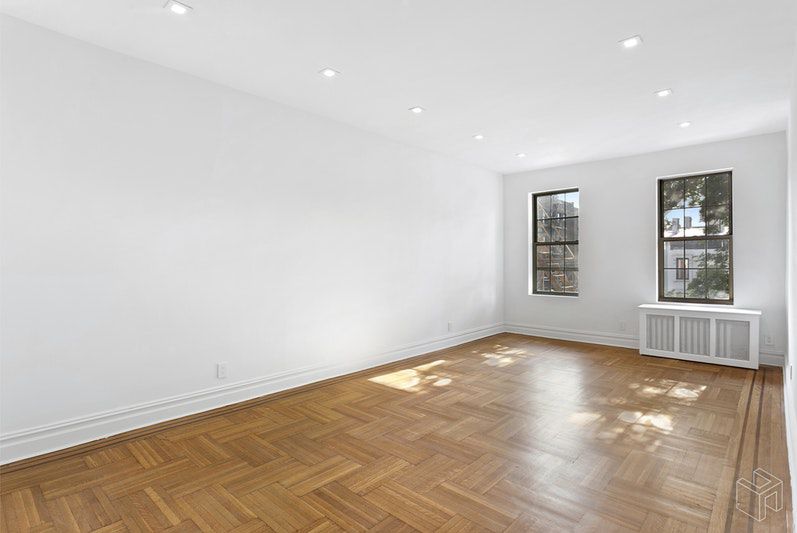 This Clinton Hill two-bedroom sponsor co-op, 451 Clinton Ave., #4A, saw its price drop a couple weeks ago by $35,000, bringing the asking price to $845,000, which is just slightly north of the median for a two bedroom in the neighborhood, per StreetEasy.

The gut-renovated apartment has recessed lights with dimmers, but its northwest-facing windows in the living room and bedroom allow in plenty of natural light during the day. 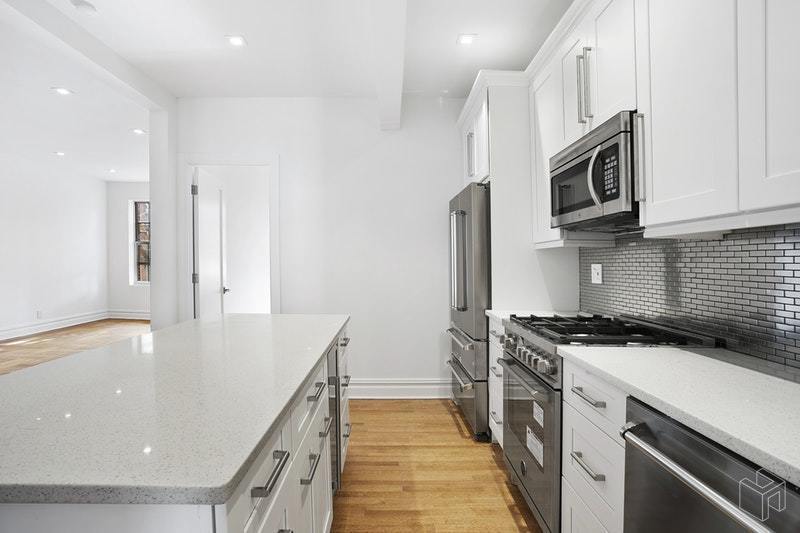 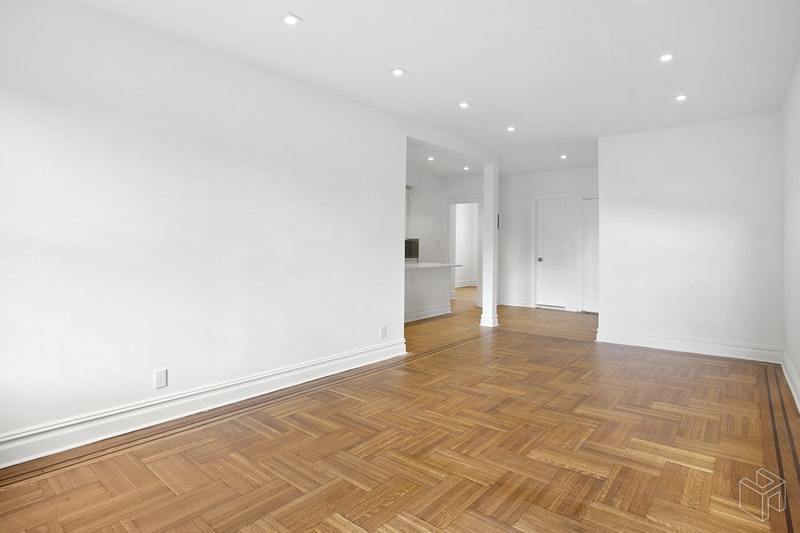 The kitchen has been opened up and outfitted with Bertazzoni appliances, white Shaker-style cabinets, ivory Caesarstone, a wine fridge, a subway-tile backsplash, and an island that according to the floorplan can seat up to four. There appears to be enough space in the living room open toward the column, which faces the kitchen, to fit a dining table. 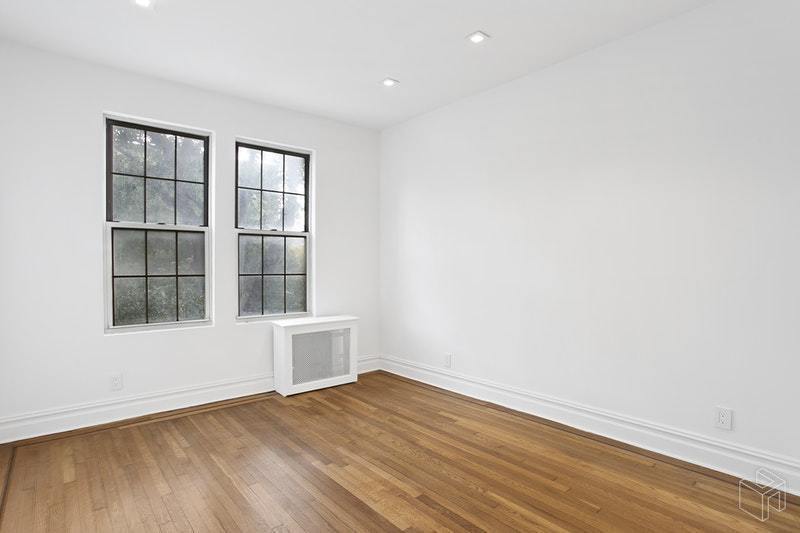 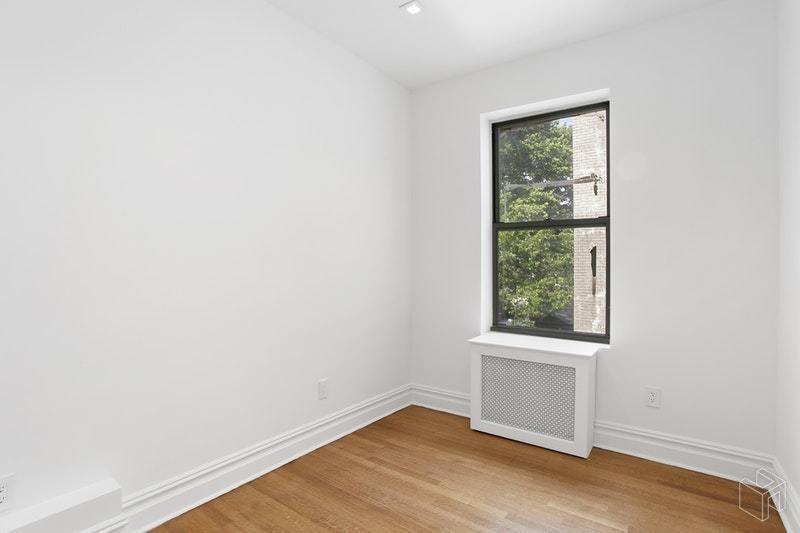 The bedrooms are on either side of the kitchen. The description claims the master bedroom can fit a king-sized bed, and it comes with a new built-in closet. The second bedroom is a bit narrow at just under 8 feet, but it looks to have a relatively spacious closet. There’s just one other closet in the apartment, next to the entry. 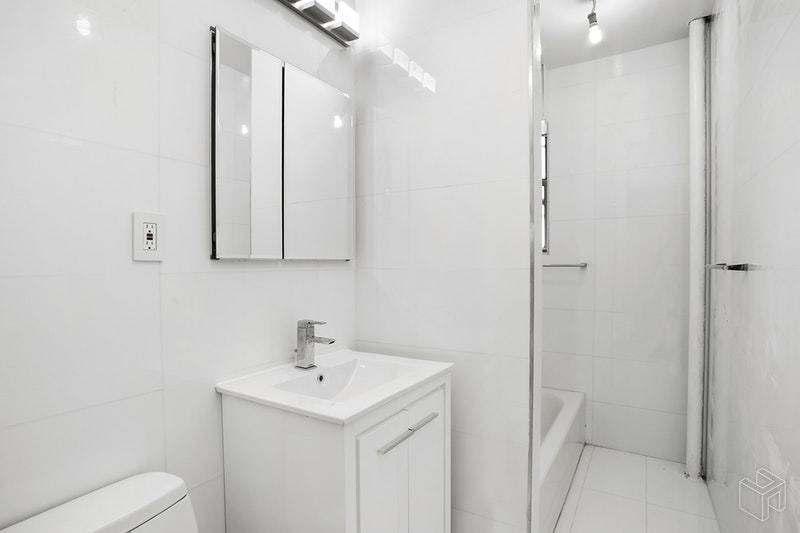 The bathroom includes a southeast-facing window, and is all white. 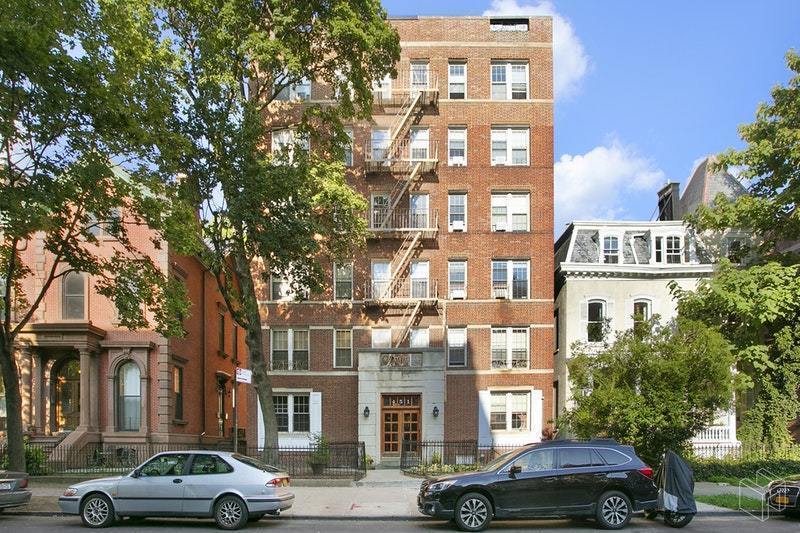 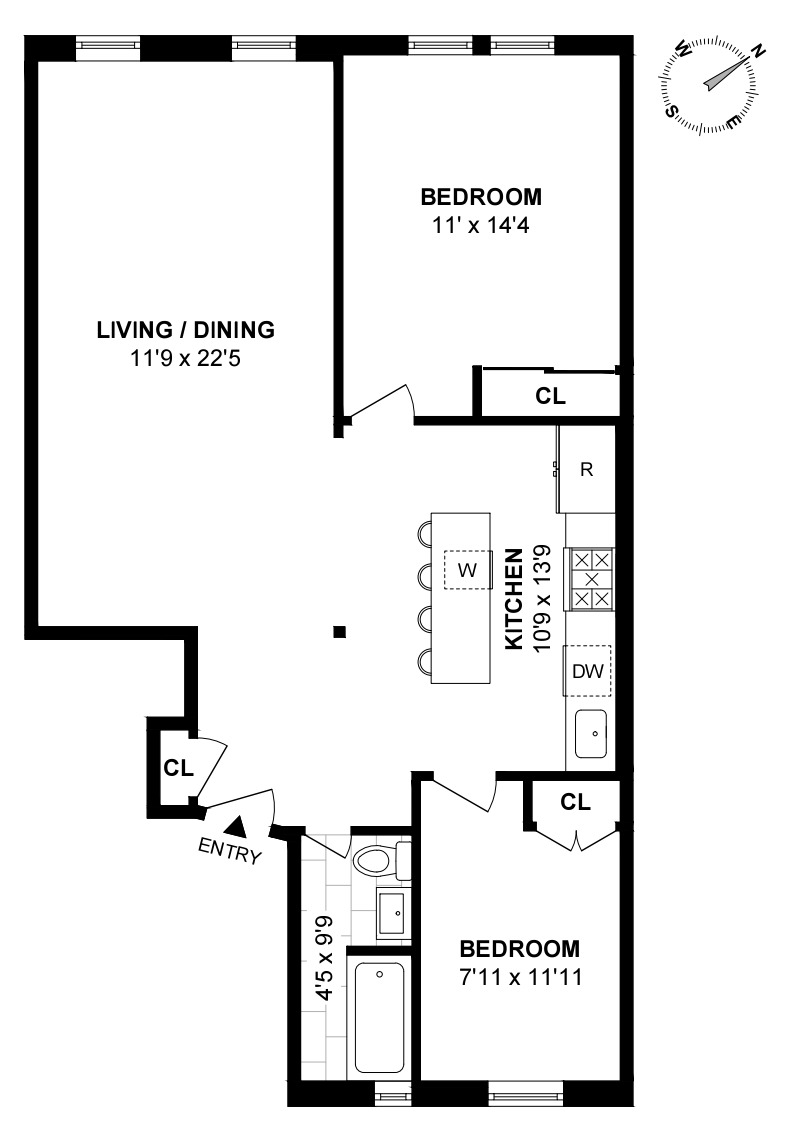 The building features a courtyard, basement laundry room, live-in super, and elevator. No dogs are allowed. Maintenance is $888 per month.

For an additional $100,000, you could also buy a parking space in a garage on the premises. It can also be used for storage.

Pros and cons of buying a sponsor unit

Ask an Expert: What should we watch out for when buying a sponsor-renovated apartment?

Clinton Hill co-ops Sponsor co-op of the week
Brick Underground articles occasionally include the expertise of, or information about, advertising partners when relevant to the story. We will never promote an advertiser's product without making the relationship clear to our readers.
Share:

What is a warranty of habitability and why is it especially important during the pandemic?

Exodus to NYC suburbs will be 'short-lived,' says Barbara Corcoran