This Cobble Hill studio is small, but attractive and affordable. Douglas Elliman

An affordable price tag is one of a few compelling reasons to consider this slim Cobble Hill studio, 177 Amity St., #5.  It’s listed for $415,000—which is well under the $500,000 median price for a studio in Brooklyn, according to StreetEasy. Other pluses include new-looking floors and a dishwasher in the kitchen, which you don't always find in a studio. The current layout, however, is a little unusual. 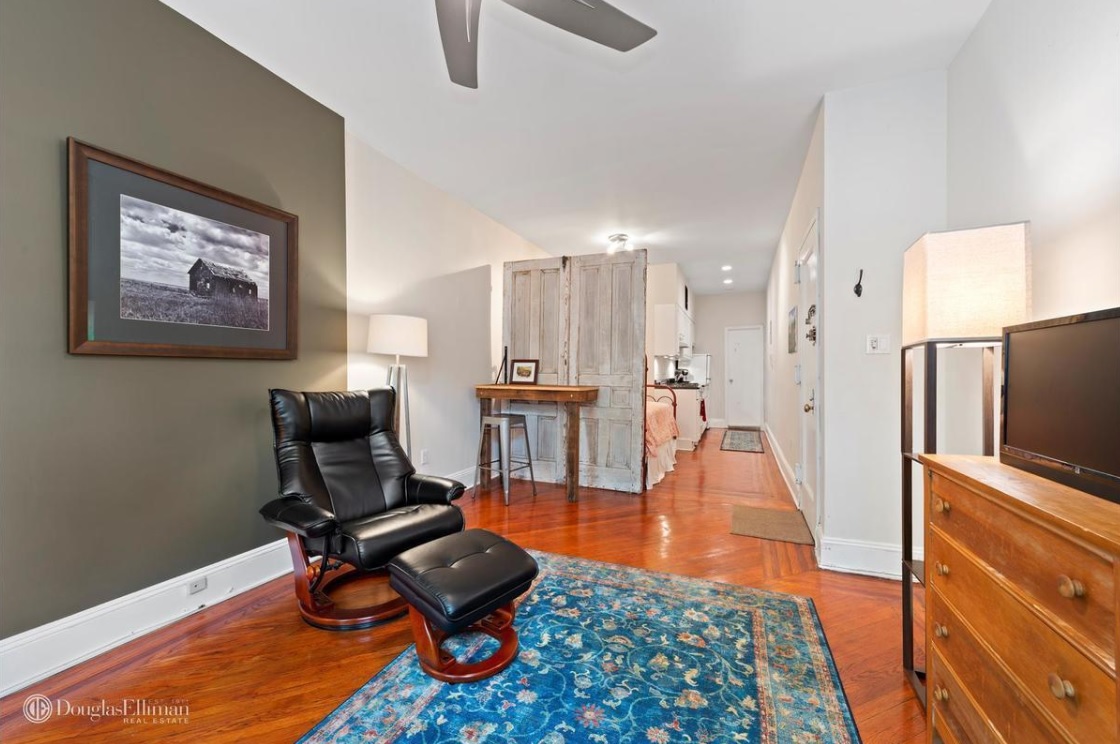 The south-facing living space is small, but bright, and has high ceilings, and dark hardwood flooring that look like new or recently redone. The room is currently set up with a lonely-looking seating area consisting of two chairs facing a tiny TV atop a dresser, but there’s room here for a full-sized sofa that’ll make entertaining a lot more welcoming. 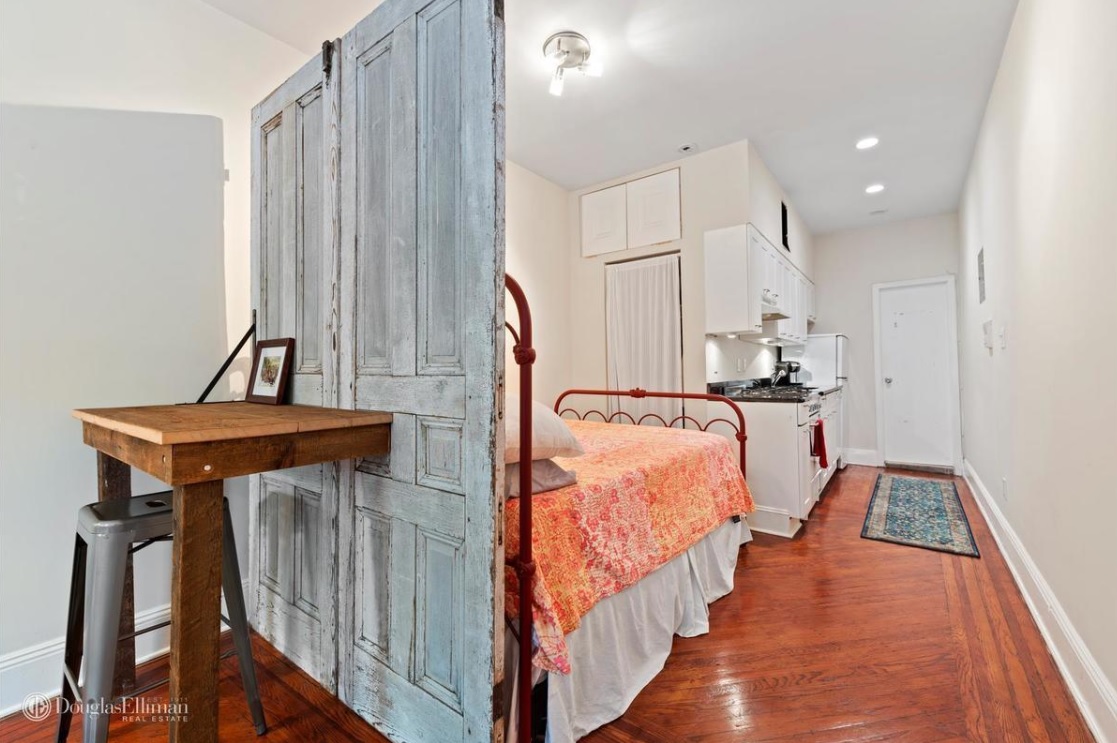 The sleeping area can only be described as odd. Not only is it practically in the kitchen, but it’s separated from the living space by a rather unusual partition—a set of weathered double doors that seem to be propped up between the headboard and a tall desk on the other side. A screen that isn’t in imminent danger of falling down whenever the bed moves might be a better way to go here. Or the owner could choose to move the bed closer to the window and further away from the kitchen. 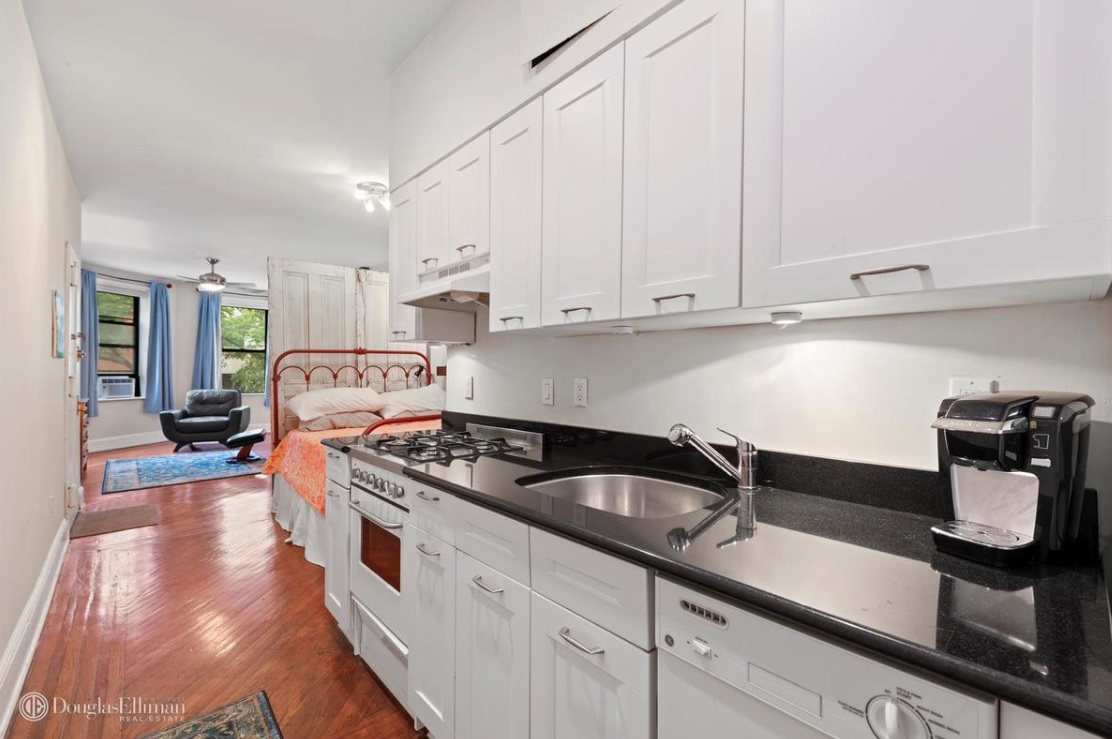 The kitchen is pretty nice—with more storage space than one would expect in an apartment of this size, a decent amount of counter space, and even a dishwasher. It’s a little plain-looking, though. It could definitely benefit from an infusion of color. 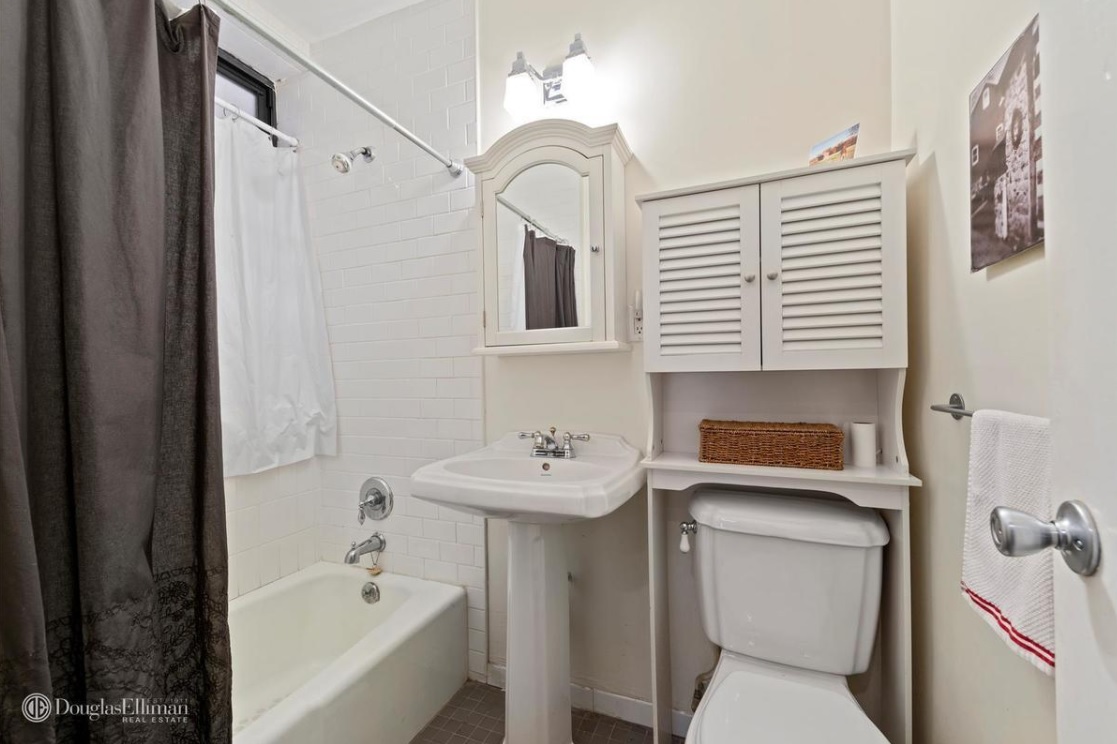 The bathroom’s decent too—with a window that’ll let the steam escape, and a cabinet above the toilet that can be used for toiletries. 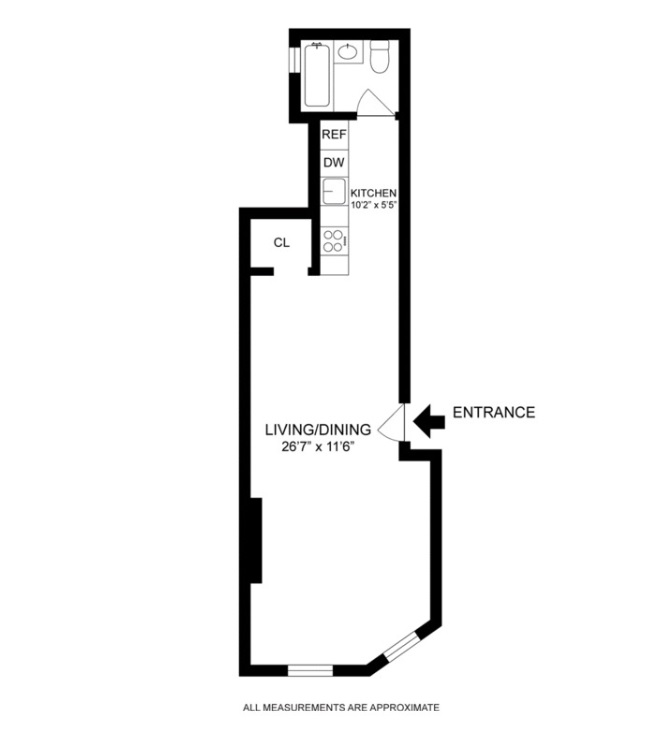 The studio is in a pet-friendly pre-war co-op building with laundry and bike storage in the basement. It's about three blocks from Trader Joe's and two blocks from shopping and restaurants on Court Street. Brooklyn Bridge Park is nearby, where you can catch the ferry to Governor's Island. The F and G trains are a few blocks away at Bergen Street and the 4 and 5 are available at Borough Hall.

Here’s how much it cost to renovate a prewar 3-bedroom co-op in Cobble Hill, Brooklyn

The history of Cobble Hill, a super pressured to spy on tenants, and more

Real Estate Want: A studio that feels like a loft

Cobble Hill Small Wonder
Brick Underground articles occasionally include the expertise of, or information about, advertising partners when relevant to the story. We will never promote an advertiser's product without making the relationship clear to our readers.
Share:

How do I protect my NYC property from deed theft?

The best NYC neighborhoods to invest in: 2020 roundup

Brick Underground’s Gross Rent Calculator: How to figure out the rent you’ll actually owe each month