Townhouse pick of the week

This four-bedroom, two-bath townhouse offers proximity to Prospect Park, prewar style, and affordability—relative to other park-adjacent Brooklyn neighborhoods, that is. Located in the Lefferts Manor Historic District in Prospect-Lefferts Gardens, the house was built in 1910 and retains some features from that time, including its original crown moldings and working fireplaces. Listed by Corcoran for $1.995 million, it is also considerably cheaper than on the other side of the park in Park Slope, where four-bedroom houses are currently listed for between $2.6 and $4.9 million. 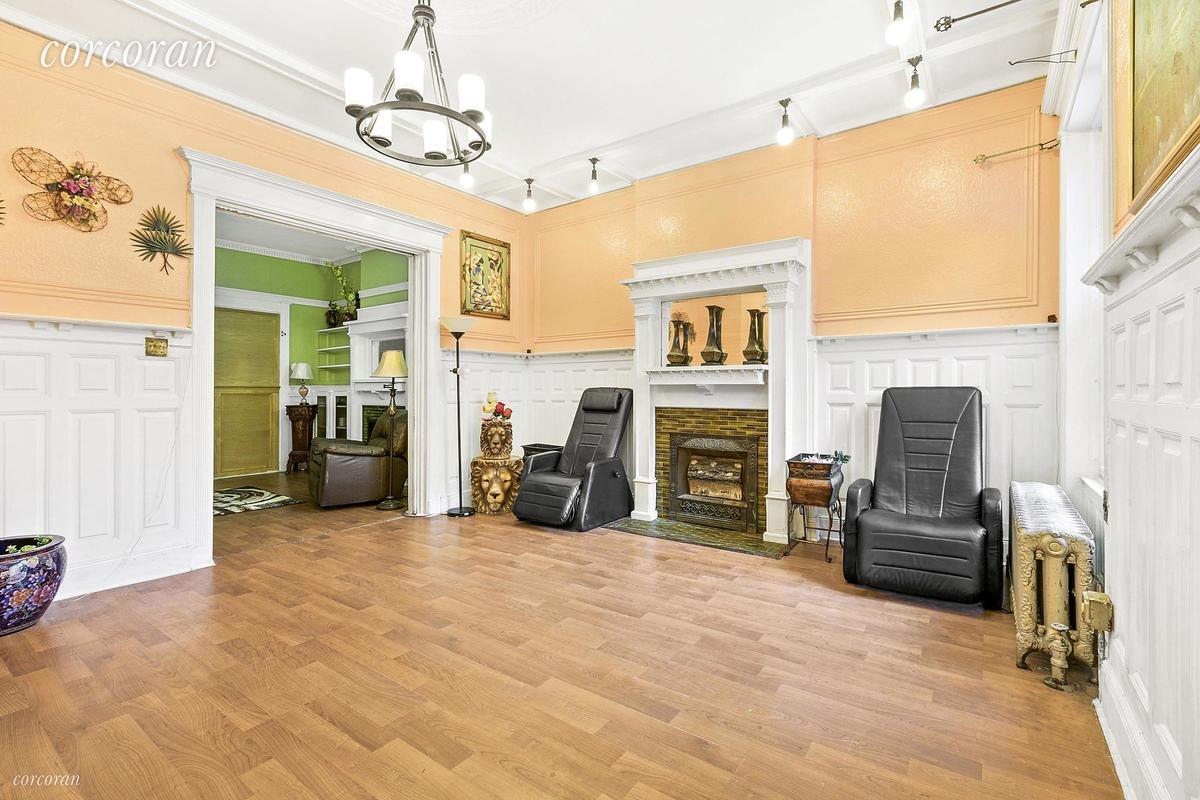 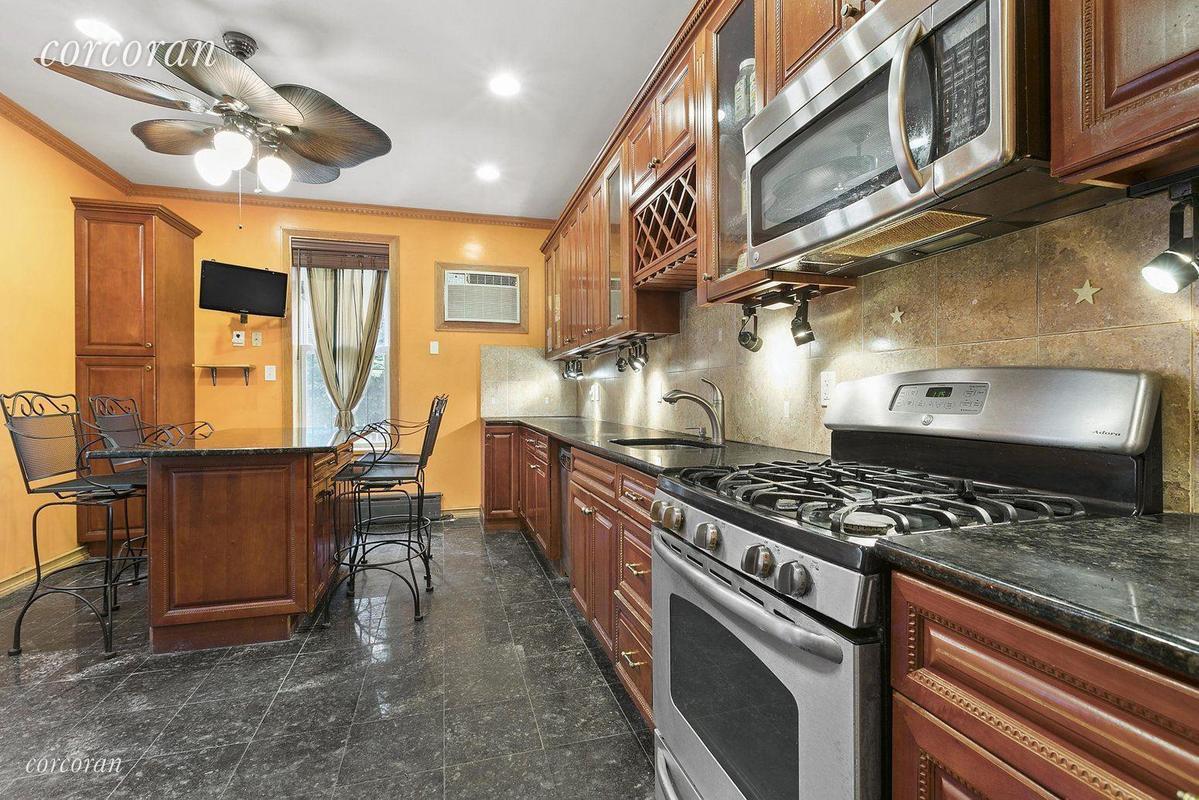 Judging by the listing photos, the previous owners made some bold color choices from room to room, but it's nothing a paint job won't fix if it isn't to the buyer's liking. On the first floor, the lime-colored living room (see the top photo) features a wood-burning fireplace, built-in shelves, and eye-catching millwork. The adjacent dining room gets natural light through large windows. The kitchen looks fairly modern, with plentiful storage and an island for extra dining space.

One bedroom is on the ground floor as well. 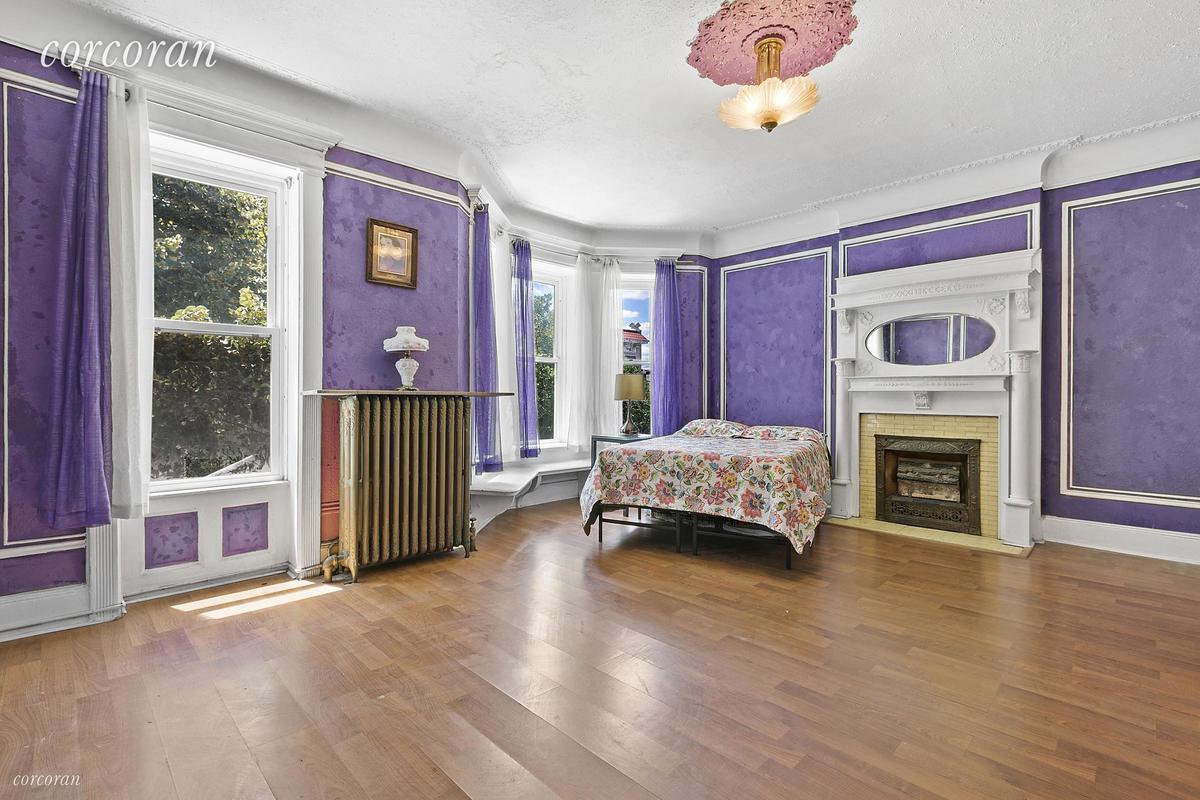 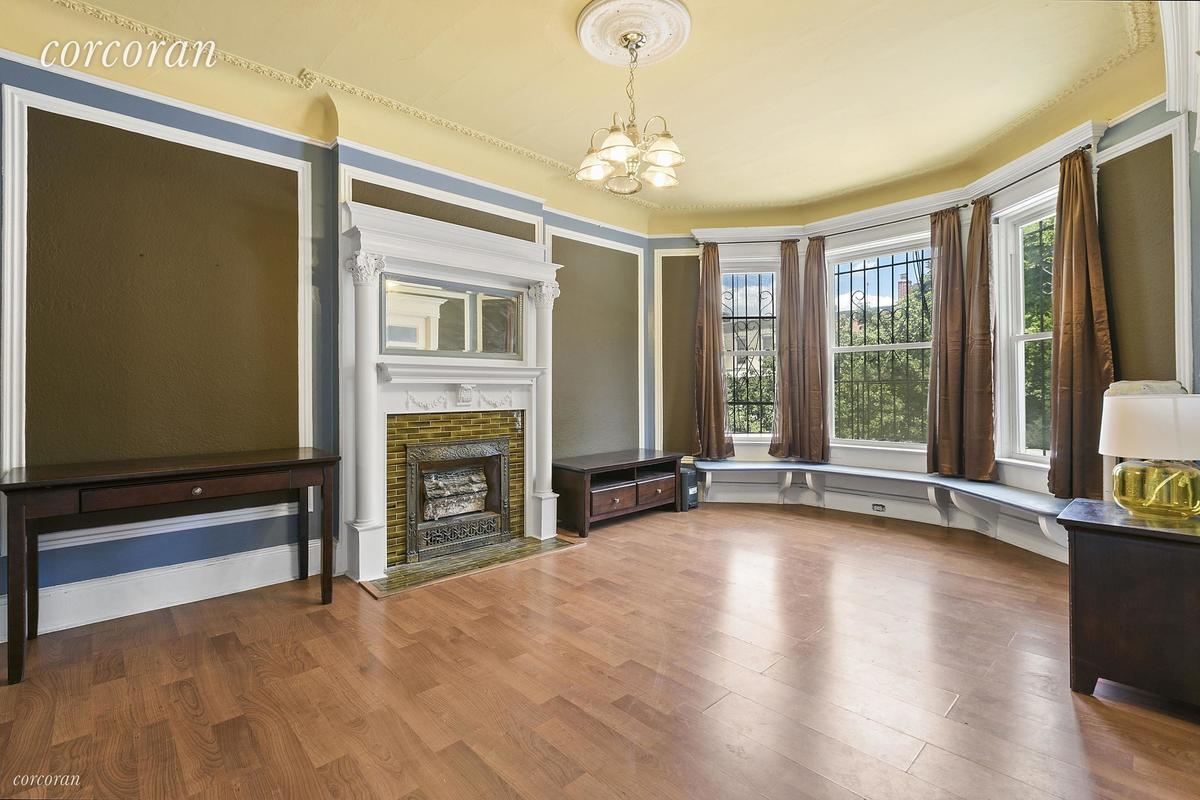 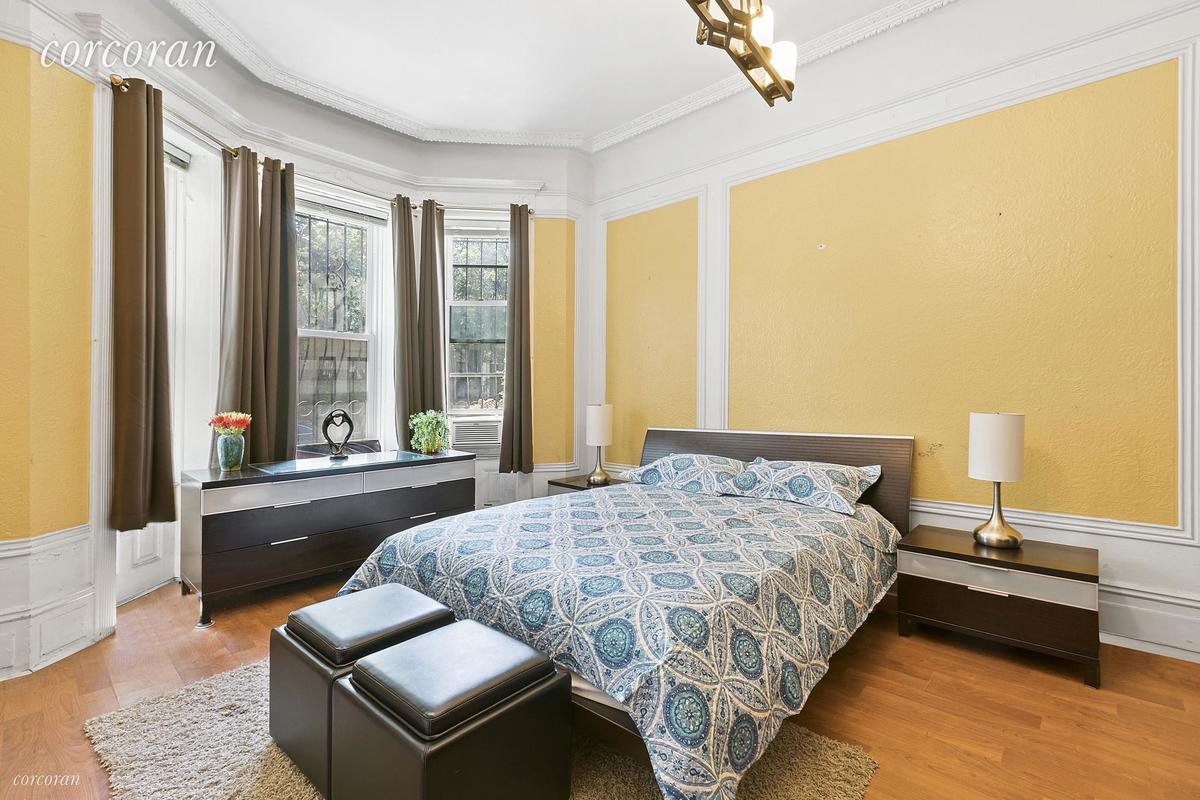 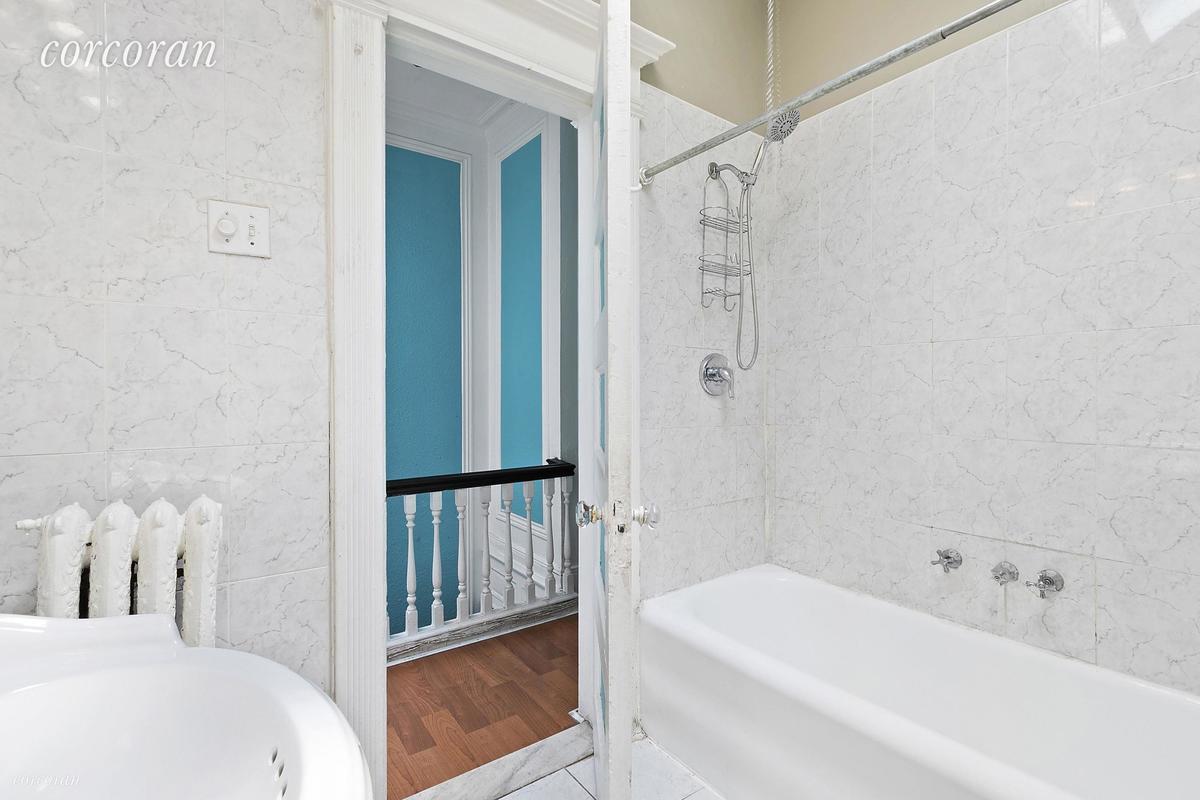 The other three bedrooms are upstairs. The master and a second bedroom each have their own own fireplaces, as well as en suite dressing rooms, large bay windows, and intricate crown moldings. The second floor bathroom has a skylight. 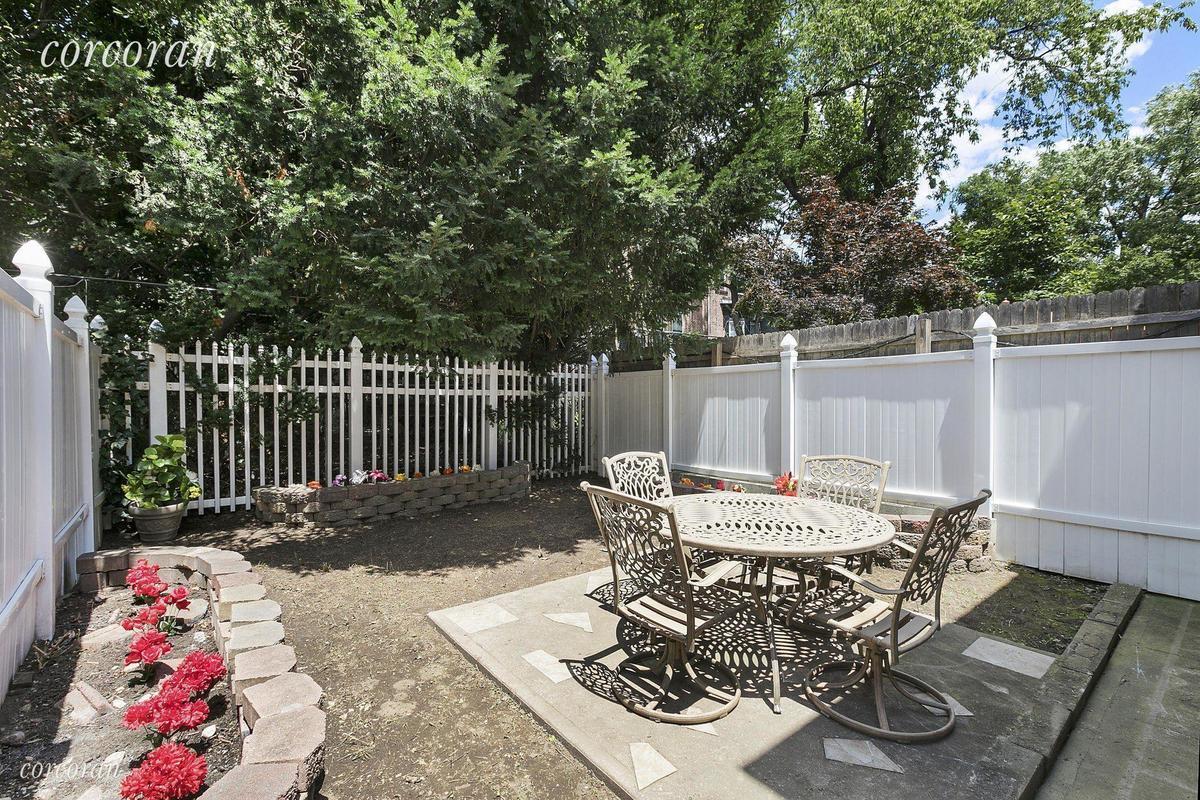 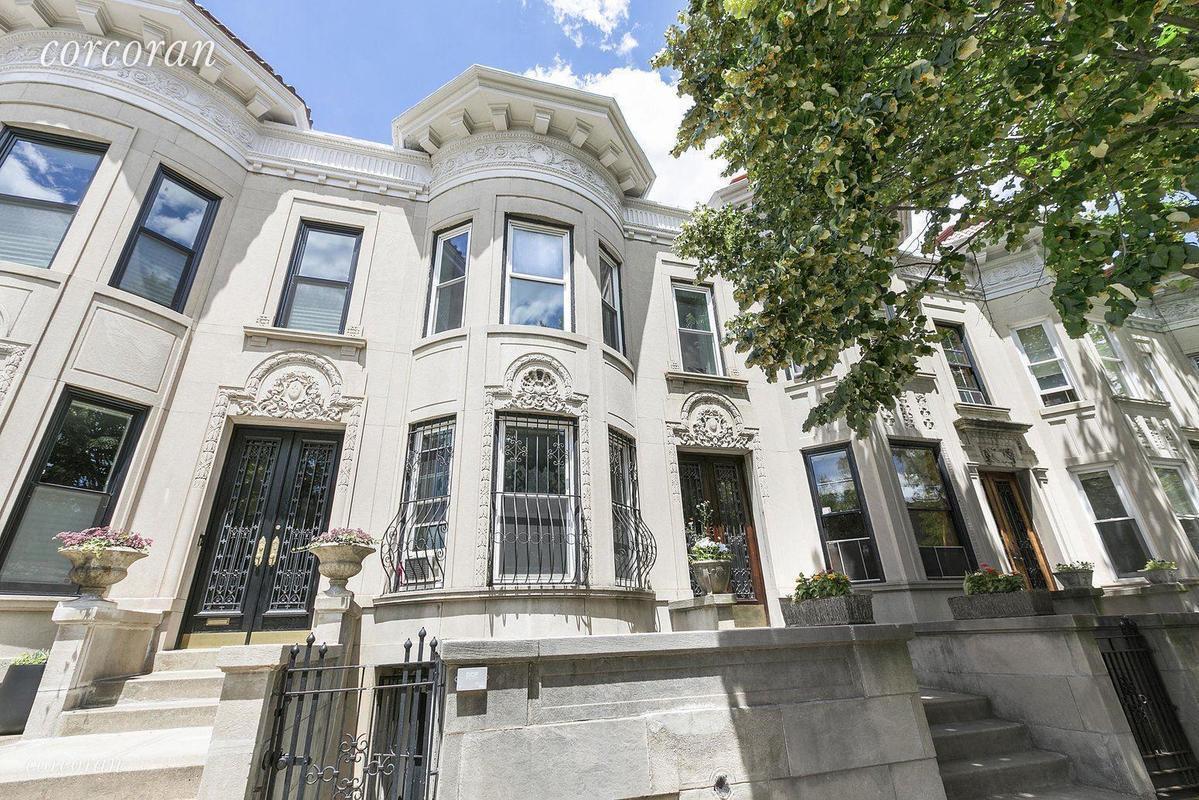 The backyard offers space for outdoor dining before the cold sets in. It looks like it could use some greenery. The property's facade, though, is impressive and ornate. Note that the home comes with an in-unit washer and dryer, and pets are permitted.

What Prospect Lefferts Gardens has to offer prospective buyers

The great NYC outdoors: FAQs for those lucky enough to have terraces, roofdecks, and gardens

Prospect Lefferts Gardens Townhouse pick of the week
Brick Underground articles occasionally include the expertise of, or information about, advertising partners when relevant to the story. We will never promote an advertiser's product without making the relationship clear to our readers.
Share:

Can NYC landlords raise rents during the pandemic?

Some New Yorkers really need to sell. Here's how to find them and get a deal

Buyers shunned Manhattan co-ops and condos for suburbs in July

An owner in our condo building stopped paying common charges. What can our board do to get paid?

Why do renters need liability insurance, and how much coverage should we get?