Beyond Sinatra: What you need to know about moving to Hoboken

In the popular imagination, Hoboken still conjures up gauzy images of the 1950s boomtown where Frank Sinatra was famously born. However, the small Jersey town across the Hudson River (and just north of Jersey City) has a way of changing with the times, and has seen several different iterations since its initial mid-century heyday.

"In the 1950s, everything was roaring along here because it was a big port city," says Henry Waller of Toll Brothers City Living, which has several projects in the area. The shipping business dried up nearly overnight, however, with the invention of containerized freights, leaving the area in a slump.

But you can't keep Hoboken down for long. Given its location adjacent to downtown Manhattan, says Waller, "young people sort of 'discovered' the area [In the 80s and 90s], and people out of college who didn't want to pay Manhattan rents would work in the city and live here." Before long, it earned a reputation as a party town for young professionals.

These days, however, things have taken a turn for the family-friendly. Waller notes that "ten years ago, there were no bike racks, and now they're everywhere. And they're all filled up with kids' bikes."

Chris Fry, a JerseyDigs.com contributor who's lived in the area for eight years, agrees. "When I first moved in it was much more of a post-college type scene, but there's definitely been a shift towards young families... You see a lot of strollers."

Add to that the city's relatively small size and pedestrian-friendly layout—"Any New Yorker moving in wouldn't have a problem walking from one side of town to the other, or from top to bottom," notes Douglas Elliman's Lisa Poggi—and you get an area that feels far more urban than suburban. "Hoboken is much more like Brooklyn in that way," says Fry. "It's not quite 'the city' like Manhattan, it's somewhere in between. Hoboken is in New Jersey, but not necessarily of New Jersey."

A huge part of Hoboken's appeal is its easy access to Manhattan. "Some people are surprised by how close it is to the city on the PATH train," says Fry. "You can get to Christopher Street in eight minutes from the Hoboken station. I have a lot of friends in Brooklyn who don't understand how my the commute from New Jersey is less time than theirs."

Besides the PATH train, there's also New Jersey Transit, the 126 Bus to Port Authority, and ferries that shuttle back and forth between Manhattan and New Jersey. "Hoboken Terminal is the largest, most traveled intermodal terminal in New Jersey," says Waller.

And if you feel like driving, the area is also flanked on either side by the Lincoln Tunnel and the Holland Tunnel.

Like many other waterfront neighborhoods, Hoboken has seen a recent burst of residential real estate development along its shores, with new condos and rentals hitting the market all the time. However, the city is also known for its classic brownstone buildings, and if you head farther west, away from the water, you're more likely to find a bargain.

"Your entry level in Hoboken tends to start at around $500,000 and up for a one-bedroom, and from the high $500k to the low $600,000 range for two- or three-bedrooms," says Poggi. "You can also go super-luxury and find, say, a three-bedroom for close to $3 million." With increasing interest from families, developers have been focusing more of their energies on larger three- and four-bedroom apartments to meet the demand.

West of Washington Street—one of Hoboken's main drags, known for bars and restaurants—Poggi says, the housing stock changes. "You'll find nice, three-bedroom old brownstones with backyards for between around $800,000 to $1.2 million."

As for rents, says Fry, "It's definitely not inexpensive—and is, as a rule, more expensive than Jersey City. But it's cheaper than Manhattan and outer borough areas like DUMBO. Right now, I'd compare prices to Park Slope." Poggi notes that one-bedrooms near the waterfront don't go for much below $2,800, but head to the west side and you'll find two-bedrooms "in the mid $3,000 range."

"One thing New Jersey has done very well is taking advantage of the Hudsion River proximity, and making the area accessible and walkable," says Waller, citing the Hudson River Waterfront Walkway, which stretches through multiple towns (you can walk to Jersey City, for instance) and includes plenty of room to walk and bike.

Hoboken also has significant indie cred in the form of Maxwell's, a long-running bar and venue that's played host to the likes of The Replacements and Nirvana over the years. Though it temporarily closed and was bought by new owners in recent years, it's still a must-visit for anyone seeking a slice of music history.

The Hoboken Historical Museum also hosts an honest-to-God Frank Sinatra tour, and for eats, Washington Street and Clinton Street are both lined with bars and restaurants (including a branch of Brooklyn favorite Grimaldi's). The Madison is a favorite, as is Cucharamama.

If you're in the market, here's a sampling of what's available: 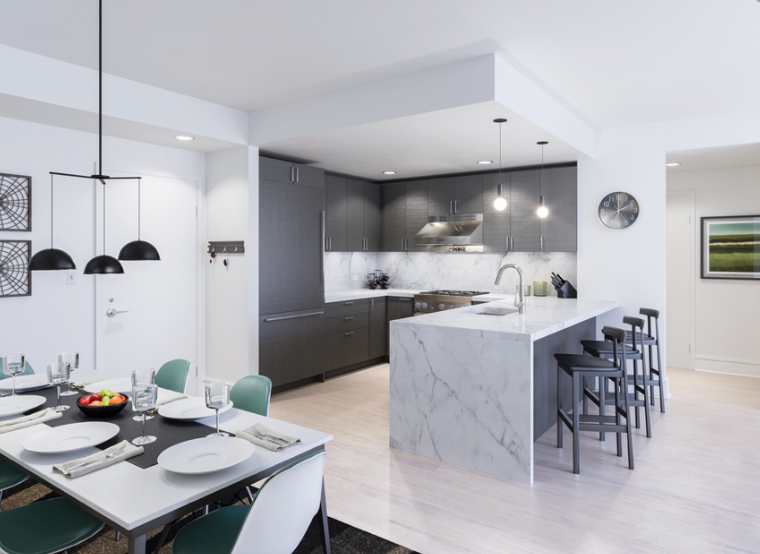 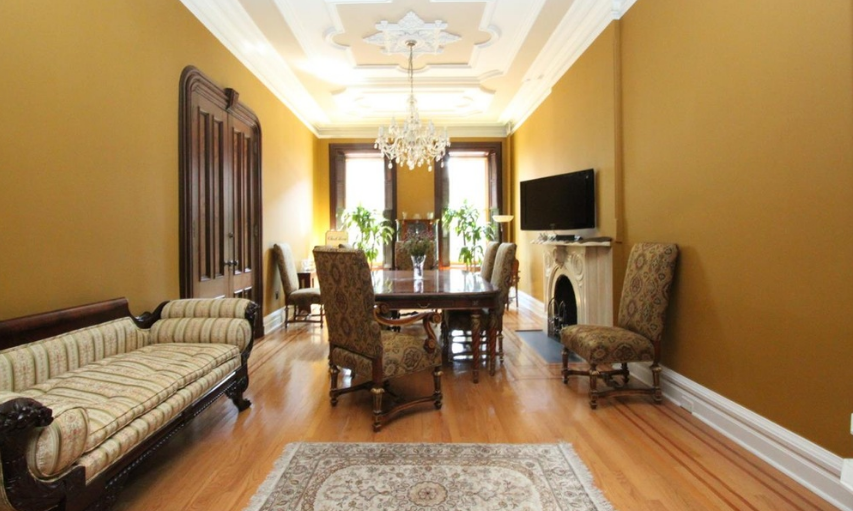 A six-bedroom, three-bath 1880 brownstone in Hoboken is currently on the market for $1.599 million. 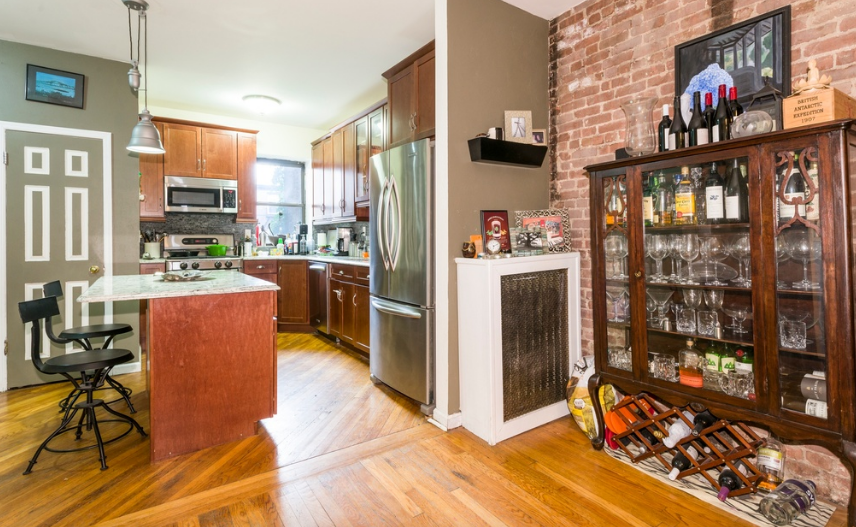 This one-bedroom rental on Washington Street is located in a building with a shared backyard, and is asking $2,800/month. 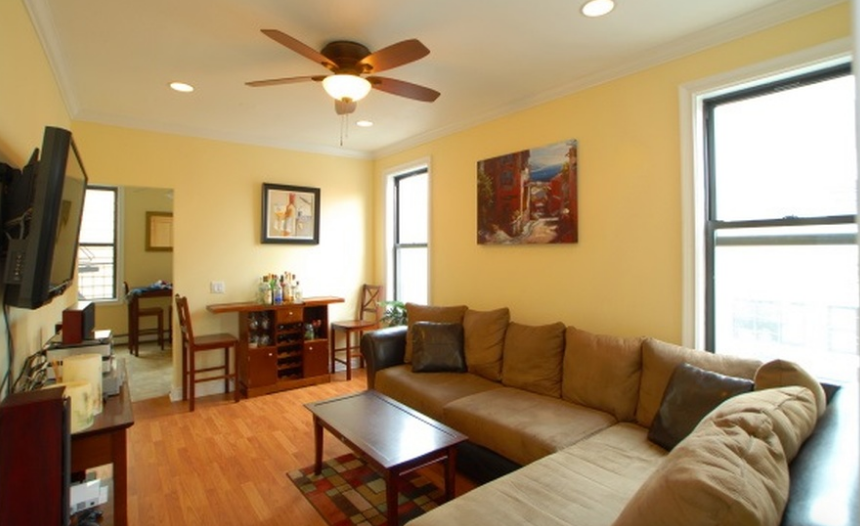 This three-bedroom, one-bathroom near Church Square Park is asking $3,445/month.

Thinking of moving to New Jersey? 3 things to consider first

Is there affordable housing in New Jersey, and where do I find it?

A guide to Jersey City, the boomtown across the bay

brownstone Hoboken Jersey City Jersey Week New Jersey
Brick Underground articles occasionally include the expertise of, or information about, advertising partners when relevant to the story. We will never promote an advertiser's product without making the relationship clear to our readers.
Share:

How NYC owners and renters can save money on their taxes

What's the difference between getting a mortgage for a co-op and a condo?

Best listings sites if you want to skip a broker's fee, a guide to moving to NYC, & more

From the East Village to Brooklyn Heights: Leaving a tenement share for a co-op with charm