Co-op pick of the week

A three bedroom that's one block from Central Park in South Harlem, for $550,000, if you make below a certain income

The price tag of this bright and airy condo is well below the neighborhood average—but it's in a walk-up building.

Living near a park in New York City is something many New Yorkers dream about—and often pay premium prices for the privilege. But if an apartment is just one block from not one but two beautiful and historic parks, in Manhattan no less, surely it is going to come with a pretty hefty price tag, right?

Not so in the case of 226 West 111th St. #4, a three-bedroom, one-bath co-op just minutes from both Central and Morningside parks in South Harlem. With its $550,000 asking price, it is well below the $1.7 million median asking price for three bedrooms in the neighborhoods, according to StreetEasy.

The co-op is a restricted sale in a Housing Development Fund Corporation building, which means it has a strict income cap for buyers. (Check out Brick’s comprehensive guide to learn all about HDFCs and how to get one, if you qualify.)

According to the listing, a cash sale is preferred, but the apartment is approved for buyer financing with the Lower East Side Federal Credit Union. While there’s no mention of maintenance charges, monthly taxes are $806.

The co-op’s living room is bright and airy thanks to two large, street-facing windows. 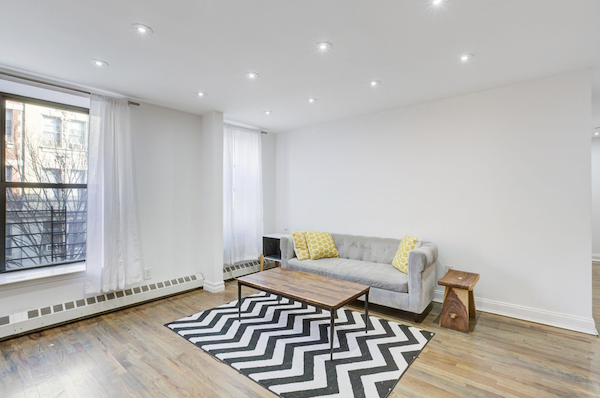 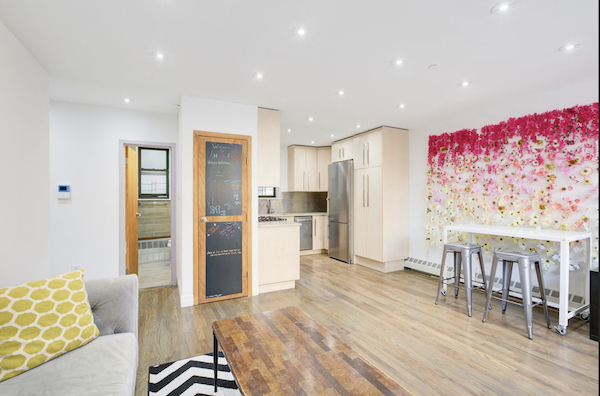 The open kitchen, too, is bright thanks to a small window above the sink, light-colored cabinets. A metallic backsplash that pairs well with the stainless steel appliances that include a dishwasher. Another bonus of the kitchen is its ample amounts of both counter space and cabinets, including a floor-to-ceiling pantry-like one next to the fridge. 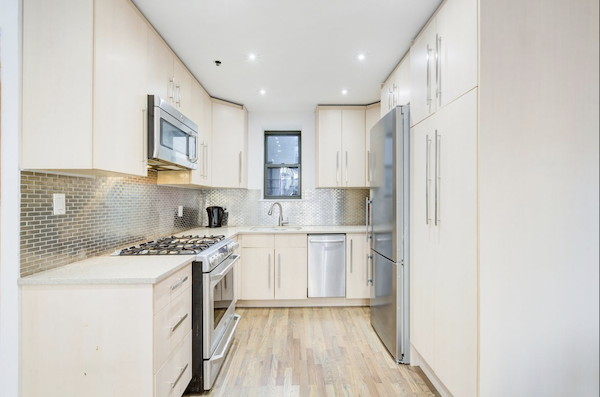 While there only seems to be photos of two of the three bedrooms indicated in the listing, both appear sizable (though one seems much more light-filled than the other). 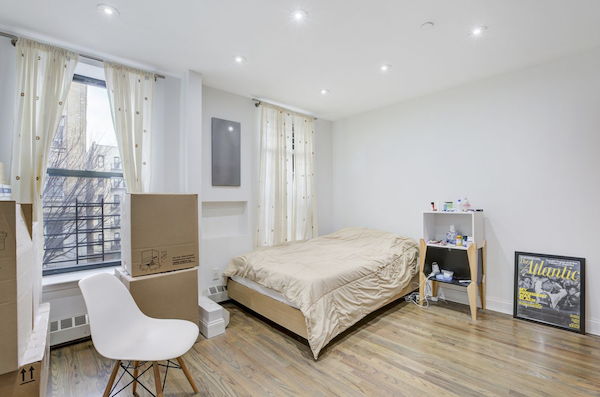 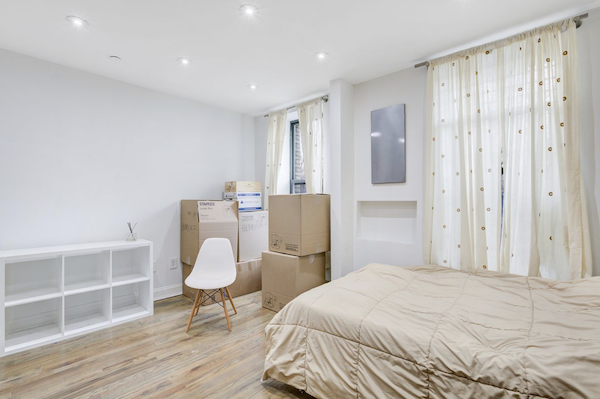 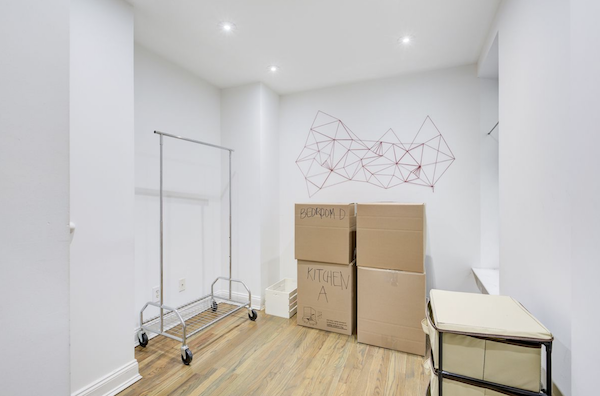 The windowed bath appears to be a decent size, with the same light-colored tile found in the shower extending to the lower half of the rest of the room. 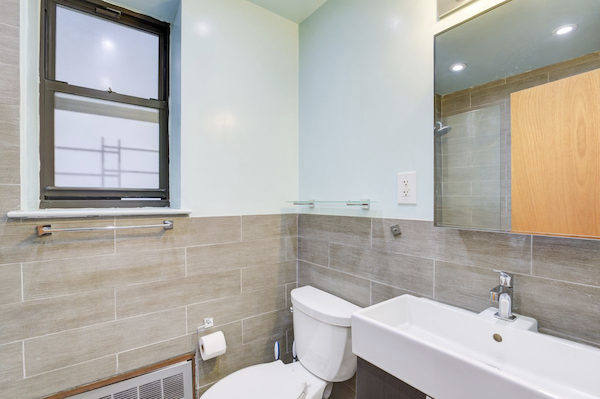 As for the rest of the 1910-built building, it has been gut-renovated with a new boiler, roof, plumbing, and electrical, and its interior has been recently painted, the listing said.

There is also an on-site super, a storage room, and bike storage, as well as a roof deck and courtyard tenants can use for entertaining and barbecuing. The building is pet-friendly.

It should be noted that 226 West 111th St. is a six-story walk-up with 25 apartments. While we don’t know for sure what floor #4 is on, it doesn’t appear to be too much higher than the car roofs seen out the living room windows.

Any stairs might be worth it to be in such close proximity to iconic Central Park, whose northern expanse is the best part of the park in this writer’s opinion, and the surprising landscape of Morningside Park, which features a cliff wall and waterfall. (Fun fact: Both parks were designed by Frederick Law Olmstead and Calvert Vaux, who also created Brooklyn’s Prospect Park.)

The co-op is also a quick walk from many Harlem mainstays, including Melba’s; the legendary Minton’s Playhouse, which is just through the kitchen of The Cecil Steakhouse—and where bebop was born; Tom’s Restaurant of “Seinfeld” fame, and a Levain Bakery.

As for transit, the C and B local trains are available just around the corner at 110th Street-Cathedral Parkway, while the 110th Street stop of the 2 and 3 trains is a little more than a block to the east. Additionally, the 1 local train is an eight-minute walk to the west atop 110th Street at Broadway.

How to buy a co-op or condo apartment in New York City: A comprehensive guide

buying Co-op pick of the week co-ops Harlem neighborhoods walk-up
Brick Underground articles occasionally include the expertise of, or information about, advertising partners when relevant to the story. We will never promote an advertiser's product without making the relationship clear to our readers.
Share:

In Brooklyn, the children ask if you rent or own: An essay

How will renting in NYC change if mom-and-pop landlords cash out?

5 NYC apartments for rent with space for a home office

Can I get a better mortgage rate if I apply without my husband?