Condo pick of the week

It's the largest two-bedroom apartment in the building.

It's also above the sale price of the building's penthouse apartment, which sold below asking towards the end of last year for $985,000, according to records. However, the condo has plenty to recommend it including floor to ceiling windows and that enviable amenity, the in-unit washer/dryer.

There are seven apartments for sale in the new development, which was finished in 2017. The pet-friendly building has 52 apartments and common charges are $890.  Building amenities include an elevator, a virtual doorman, a shared roof deck, and bike storage. Additional storage is available for a fee. 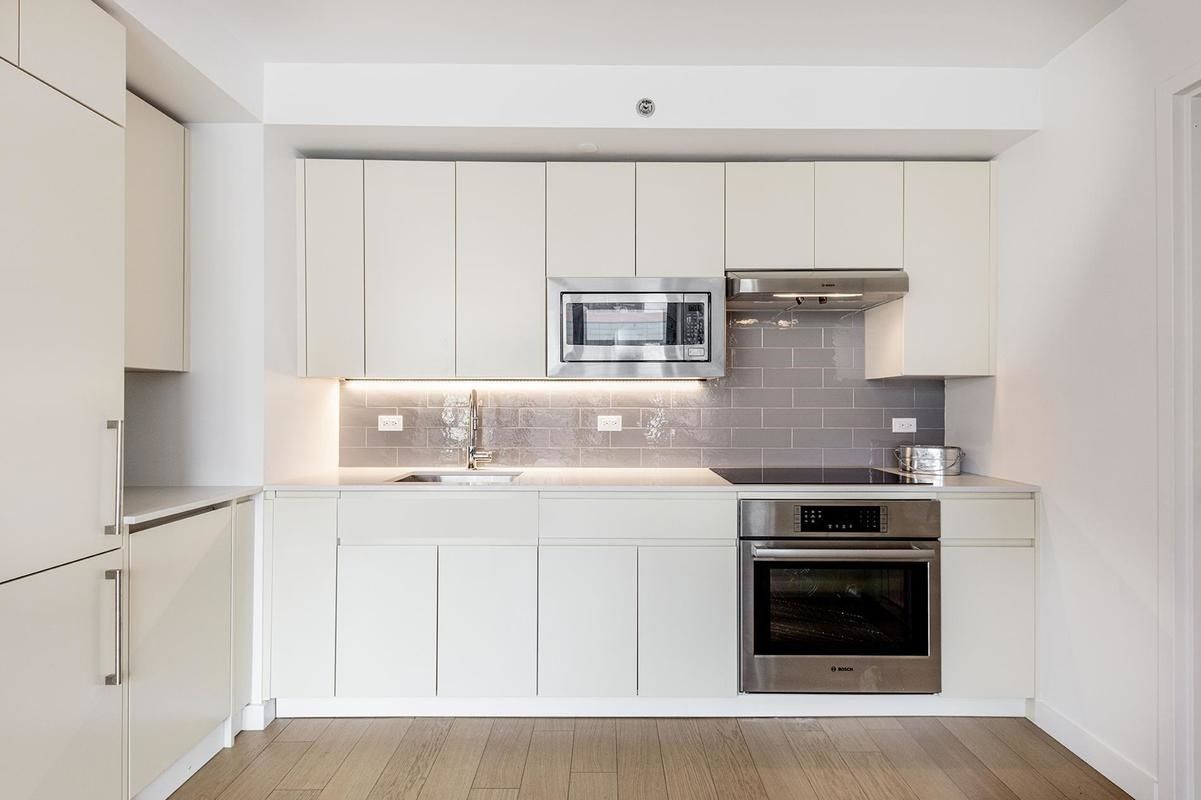 The living room is open to the kitchen which has plenty of cabinetry even if countertop space is tight. Though not seen in the pictures, the layout shows a breakfast bar, which provides additional counter and storage space. There are European white oak hardwood floors and Bosch appliances, including a dishwasher. (The layout doesn't exactly match the pictures, suggesting the listing photos may include some from a model unit). 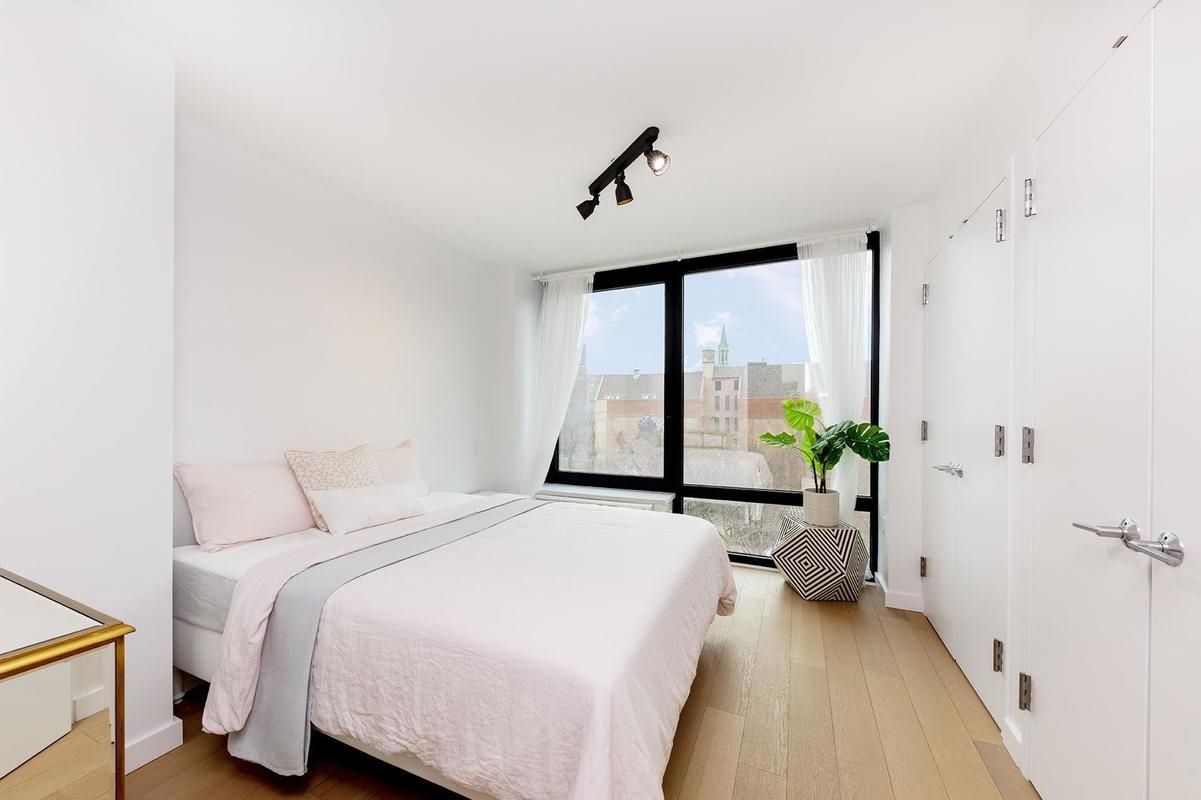 There are no pictures of the second bedroom but the larger of the two shows built-in closet space and floor-to-ceiling windows. PTAC heating and cooling units are installed in the apartment. 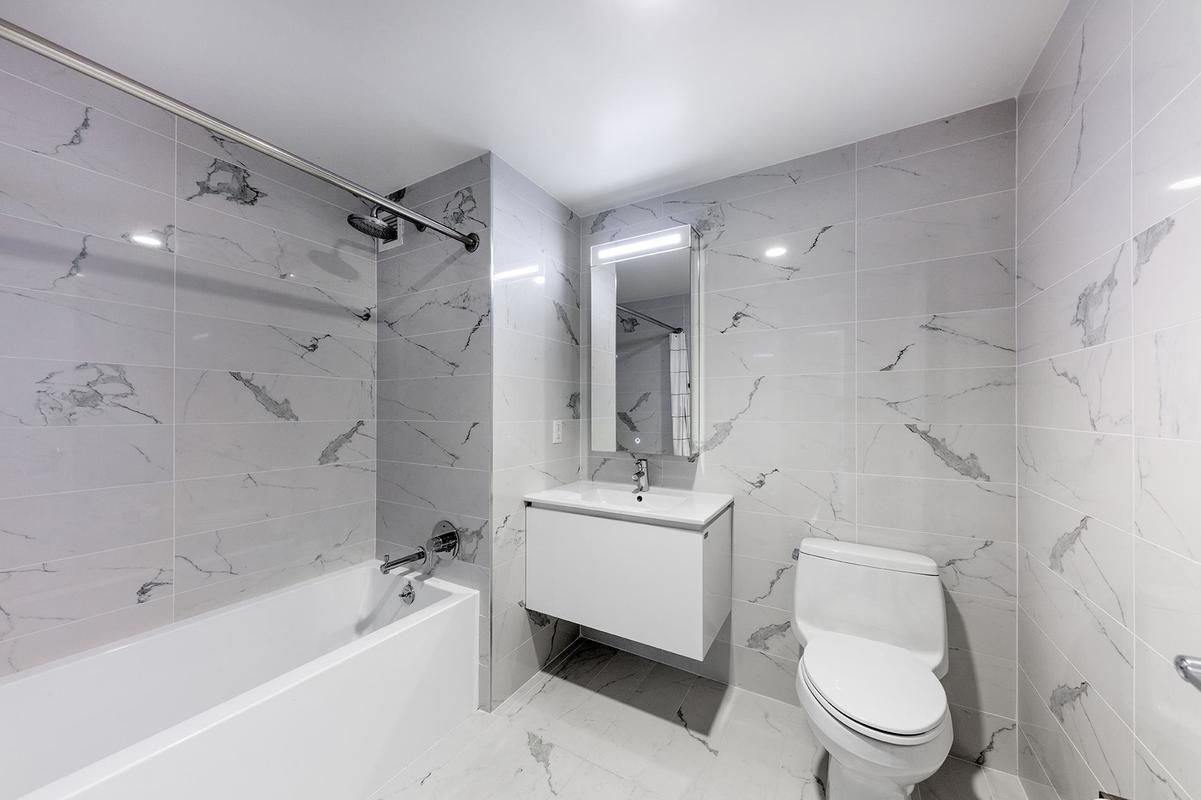 The modern bathroom is finished with a Duravit vanity, Grohe fixtures, and has a tub with a showerhead. The bath is shared by both bedrooms. 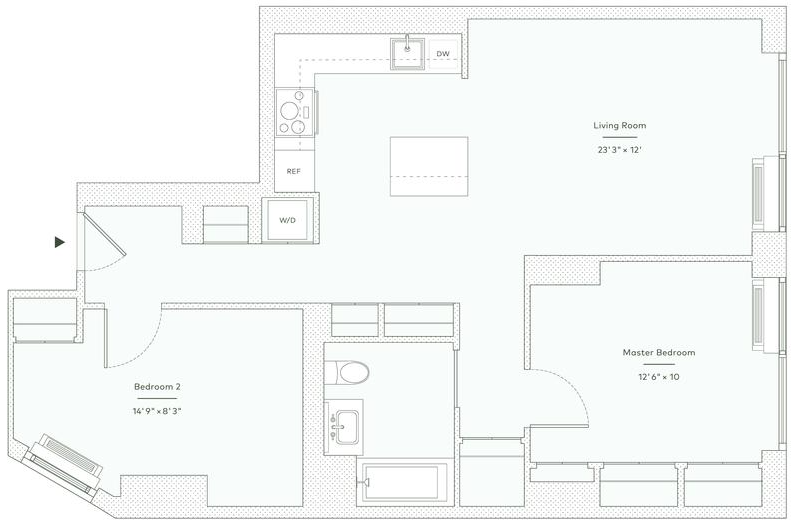 The second bedroom has a funky shape but has a window facing west, one of the best orientations for natural light.

The building is close to Central Park and transit options include the Q line on Second Avenue and the 6 line at the Lexington Avenue subway station on 96th Street.

Condos vs. townhouses: Which is a better investment in New York City?

The 10 best Manhattan neighborhoods for first-time buyers in 2019

amenities Condo pick of the week condos East Harlem new construction new development pets
Brick Underground articles occasionally include the expertise of, or information about, advertising partners when relevant to the story. We will never promote an advertiser's product without making the relationship clear to our readers.
Share:

Everything you need to know about combining apartments in NYC