What to know if you want to live in Middle Village, Queens

Looking for a serene suburban-like neighborhood with a family-friendly vibe that’s just 30 minutes from Manhattan? Try Middle Village in Queens. In this week’s Buy Curious, Andres Soto of Keller Williams and Justyna Brzezinski of BOND New York tell you why this quiet Queens neighborhood could be right for you.

I happened upon Middle Village and thought it seemed like a great place to raise my young family. Can you tell me more about it?

Middle Village, which was named for its location as the midway point between Williamsburg, Brooklyn, and Jamaica, Queens, is a two-square-mile residential neighborhood in Queens that is bordered on the north by the Long Island Expressway, on the east by Woodhaven Boulevard, on the south by Cooper Avenue, and on the west by Mount Olivet Cemetery.

“Nobody outside of Queens knows anything about Middle Village unless they once lived nearby,” Soto says. “While I can’t speak for those living in Middle Village, they probably like it that way.”

According to Soto, “Germans were the first to settle [in Middle Village], followed by Jewish immigrants and later, by Italians. Now I’d say it’s more of a Russian and Polish [neighborhood].”

Some young families have been moving to the area, but, he notes, “that’s most likely because they’ve been living in or were born in this neighborhood and don’t want to move away from their now older family.” In fact, it’s quite common in Middle Village for older residents to pass houses down to their children, meaning that there are many second- and third-generation residents.

What types of housing are available?

Housing in Middle Village is mostly single-family houses, with many one- and two-story attached homes, and a handful of small 1980s-era condo buildings, but “there’s rarely any inventory in those buildings,” Brzezinski says.

As for new construction? There isn’t any. “There’s no space for new developments,” Soto says.

For those who’d rather not be behind the wheel, there’s also the M train at Metropolitan Avenue, which takes about a half hour to get to Midtown. Local buses such as the Q38 and Q67 also run frequently, as do express buses, including the QM24 and QM25.

What is there to do?

Not much other than “live peacefully,” Soto jokes.

Getting serious, he notes that locals frequent Juniper Valley Park, a 55-acre park built in 1930 that has tennis, handball, basketball, shuffleboard, and bocce courts, baseball fields, a running track, a roller-hockey rink, and a turf football/soccer field; and Middle Village Playground, which has handball courts, basketball half-courts, a bocce court, swings, and modular play equipment.

Middle Village is not known for its nightlife by any stretch of the imagination, since, as Brzezinski explains, “everything closes by 10 p.m.”

There are, however, lots of places to grab a bite, including Villa Erasmo, an old-school Italian eatery; Panepinto Bakery and Café, a bakery and sandwich shop that also makes custom cakes; Andy’s Delicatessen, a German-style deli with a huge selection of sandwiches; Phillies Pizzeria Restaurant, a neighborhood fave that often has live entertainment; and K’antu, a Peruvian restaurant known for its ceviche.

How about grocery stores?

Locals like Village Barn Fresh Market, a full-service grocery store that is housed in a building that looks like a barn.

Check out these listings in Middle Village: 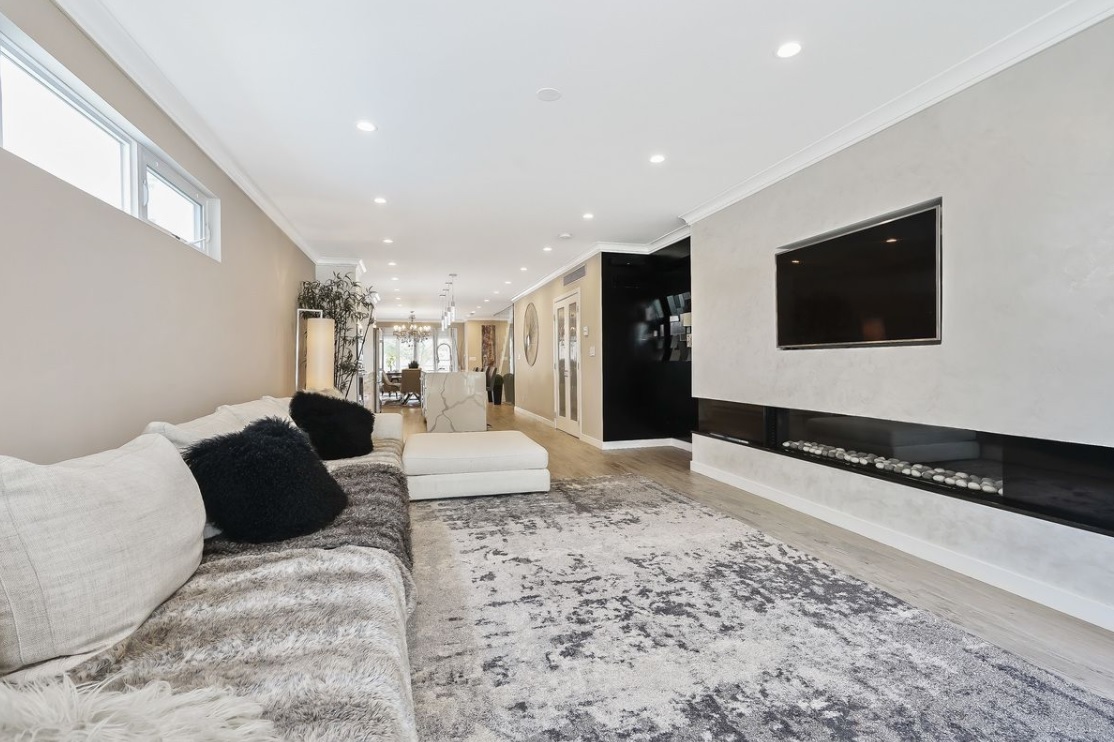 Listed for $1,299,000, this 70-foot-long three-bedroom, one-and-a-half bath single-family house was remodeled three years ago and now has new plumbing, electric, walls, floors, windows, and a new roof. There is radiant heating on the first floor and in the bathrooms, a 7-foot fireplace, a floating staircase, and stainless steel appliances and an 11-foot waterfall-style quartz island in the kitchen. There’s also an outside deck that overlooks a 1,400-square-foot yard. 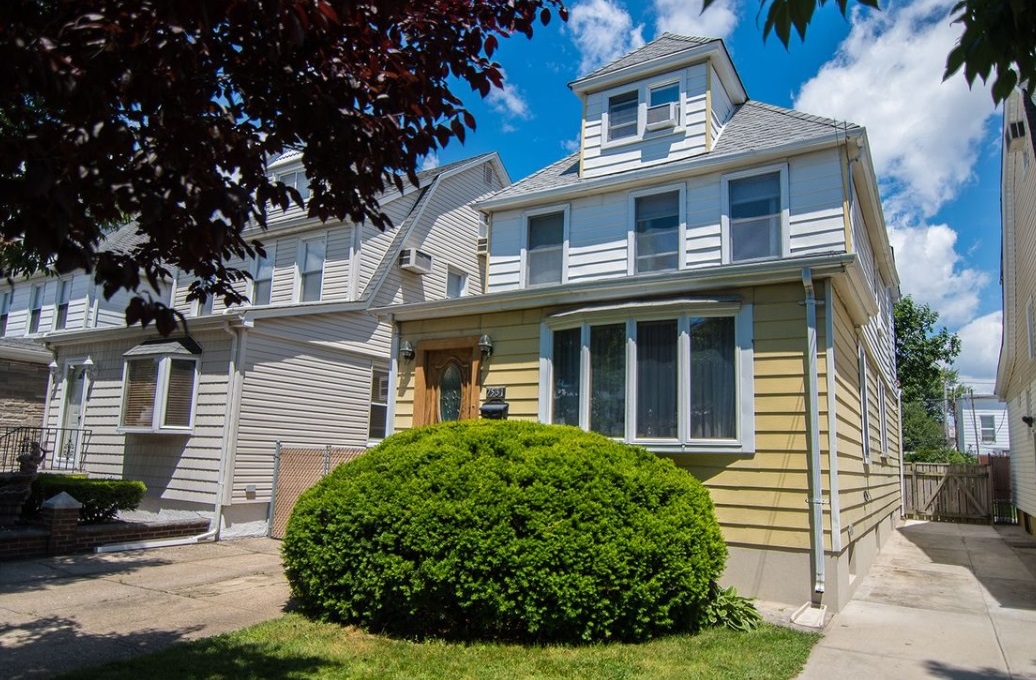 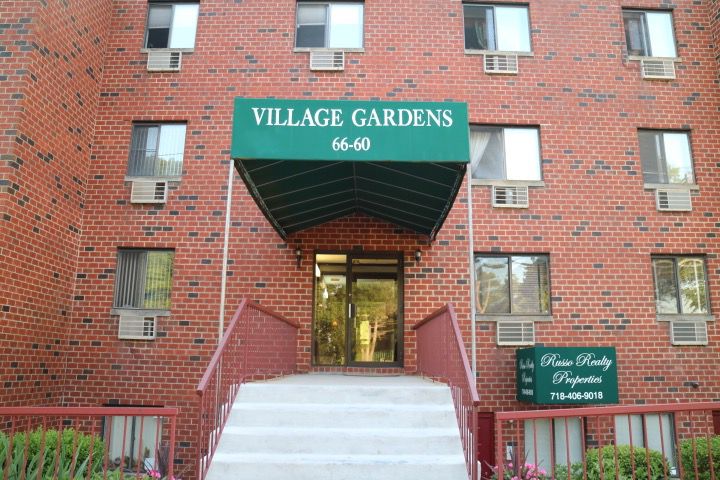 This 657-square-foot one-bedroom, one-bath condo is in Village Gardens, a building with an on-site laundry room, available storage, and available parking. It’s listed for $409,000. Common charges are $285 a month; annual taxes are $2,481. 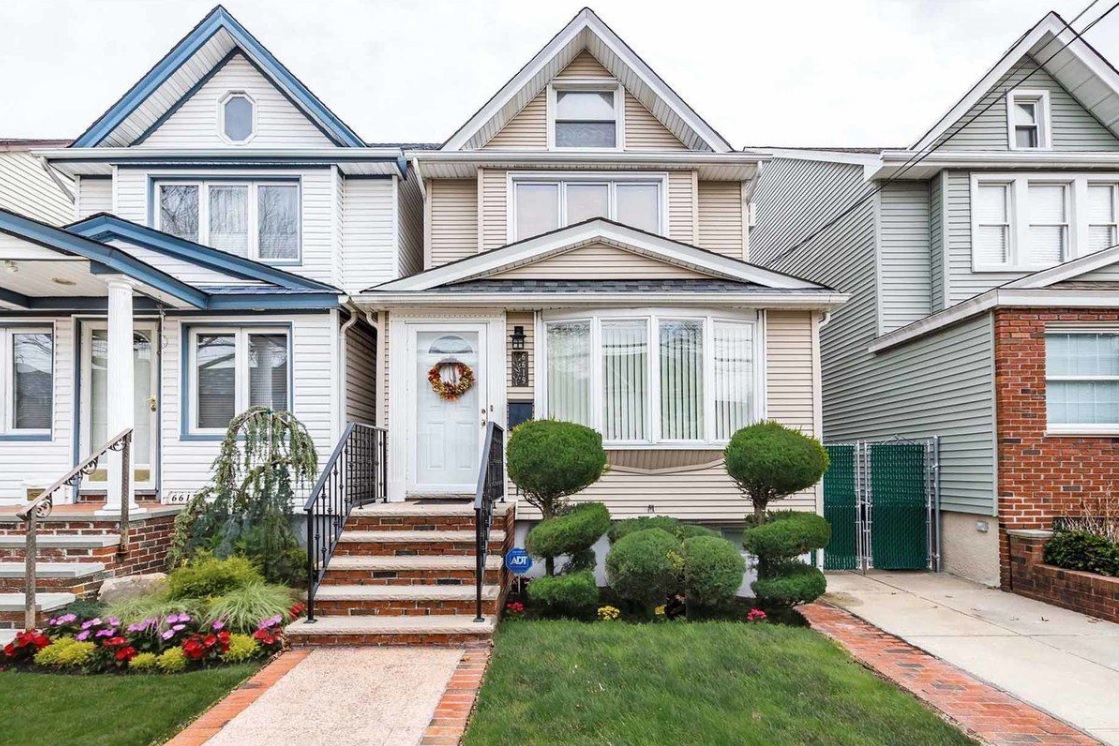 Listed for $899,000, this four-bedroom, one-a-half-bath one-family detached house offers a private driveway, a one-car garage, a backyard with an above-ground pool, and a basement. The first floor has an enclosed porch, an open layout, a large living room, a formal dining area, maple hardwood floors, a half-bath, and an eat-in kitchen. The second floor has three bedrooms, a full bathroom, cherry wood floors, and a full staircase leading to a finished attic where the fourth bedroom is located.

Upper West Side to Holliswood, Queens: Suburbs meets the city and parking is a breeze

Buy Curious Queens
Brick Underground articles occasionally include the expertise of, or information about, advertising partners when relevant to the story. We will never promote an advertiser's product without making the relationship clear to our readers.
Share:

My new co-living life: I FaceTimed my Crown Heights apartment and rented it online

From Astoria to Rockaway Beach: Leaving a raucous social life for the peace of the ocean

For buyers of brand new or pre-construction condos, 20 crucial questions