Meet the doorwoman: A mom at home, a sentinel at work

Doormen—and increasingly, doorwomen–are arguably the most iconic personalities in New York City real estate, often playing a role that's midway between building security and therapist. They see us at our best and worst (and most shopping-addicted and takeout-dependent), as we venture out on our first dates and first days of school and work (and, too, the last), and are the first people we see when we get home and begin to finally shed the armor we don everyday to do battle out there in this big, brash city.

Columnist Gabriel Falcon, who's been chronicling his meetups with doormen on Facebook, introduces us to the men and women who are the gatekeepers of many of the city's rental buildings and co-ops.

Years logged on the job: Less than a year (she started August 2015)

Born and raised in: Midtown 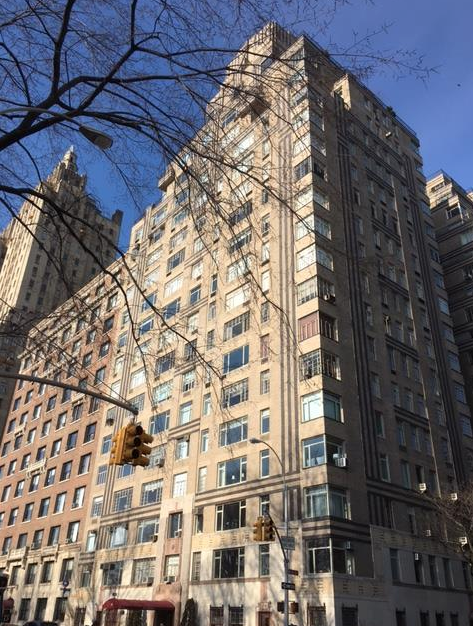 The building:
An art deco masterpiece from the great architect Emery Roth, the Ardsley is one of the premiere addresses in all of New York, with prices to match! (Halstead Property has a two-bedroom, two-bath on the market there now for $1.975 million.) Built in 1931, it has 201 apartments and a triplex penthouse that was owned by, among others, Lorenz Hart and Barbra Streisand.

On motherhood:
“I have a little girl. My schedule is good. I’m at work when she’s at school and home with her the rest of the day.

On breaking the doorman ceiling:

“Women can do anything that a man can do. I feel like the people that live here appreciate the women just as much as the men. To any woman who wants to be a door person, I say, times are changing, go for it!”

The perks of the job:
“I think it’s just the people. They are wonderful. You become part of a family. You get to know them all.”

What it takes to be a good doorperson:
“You have to know the people who live here and their daily routines, and what they like and what they don’t like. And that you do a good job.”

Advice for the gatekeeper at heart:
“Go for it, get it while you can.”

Future plans:
“I want to stay here for as long as I can.”

Gabriel Falcon began his career as a dancing taco bell on The Dana Carvey Show. He has been a staff writer and producer for Anderson Cooper, Piers Morgan and The Today Show. He is currently an executive producer for Al Jazeera. A native New Yorker, he and his family reside in Morningside Heights.

How to succeed as a doorman

Meet the Doorman: A former food expeditor makes life easier for residents of his Harlem building

Door to Door doorman staff
Brick Underground articles occasionally include the expertise of, or information about, advertising partners when relevant to the story. We will never promote an advertiser's product without making the relationship clear to our readers.
Share:

How much does it cost to sue a developer for construction defects? Is it worth it?